Reese Counts
Few things are as fundamentally and unconditionally destructive as a tornado. These cataclysmic phenomena pass through towns, leaving nothing in their wake but ruin and despair. According to an NBC affiliate in the Dallas-Fort Worth region, a car dealership in nearby Canton was hit by a tornado Saturday night. No employees were hurt. Four other people in the area weren't so lucky.

Chrysler Dodge Jeep Ram of Canton's new showroom and service center were pounded by the storm, leaving dozens of cars in various states of ruin. Some merely lost windows, while others were flipped and left on their sides or roofs. Photos show piles of cars stacked up like Hot Wheels dumped on the ground. 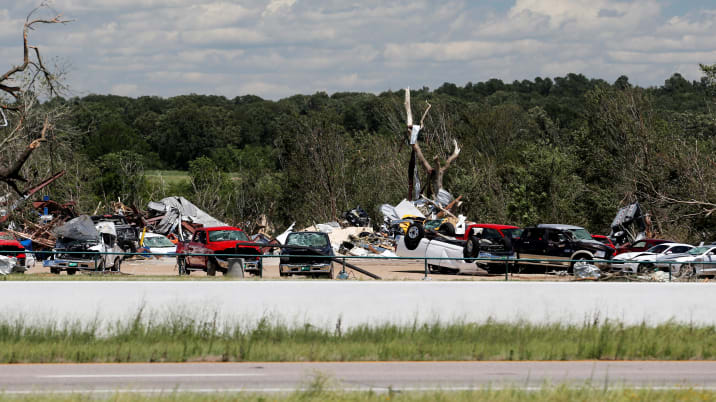 According to a statement from the National Weather Service, winds reached speeds of up to 140 mph. Two other tornadoes were reported in the region. The area has been declared a disaster zone and first responders from up to 100 miles away have swarmed in to help out those in need. According to Reuters, the storms Saturday killed 11 people nationwide.