The first of the BMW 3 Series cars, finally discarded. These days, it's very easy to find discarded examples of the BMW E36 3 Series in the big self-service junkyards of California, and its E30 predecessors and E46 successors are commonplace as well. The original 3 Series, the E21, was sold in the United States from the 1977 through 1983 model years. Here's a first-year-of-importation model that I discovered in a Northern California self-service junkyard a few weeks ago. 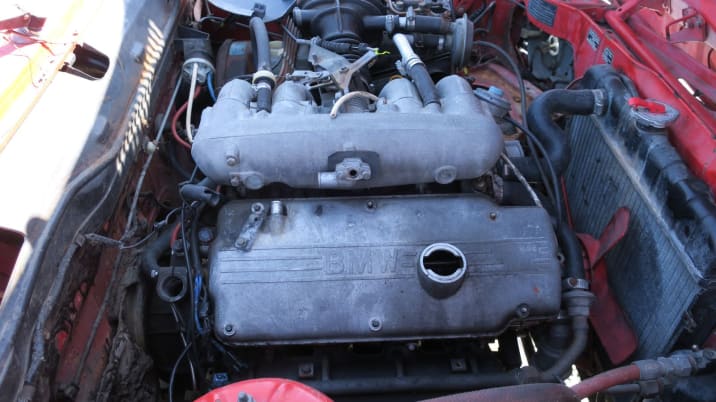 There were six-cylinder E21s, but all of the American-market ones had members of the M10 straight-four engine family, same as the BMW 2002. In 1977, this 2.0-liter engine was rated at 110 horsepower, which was a decent power figure in a year in which the most powerful new Camaro you could buy offered a mere 170 hp. 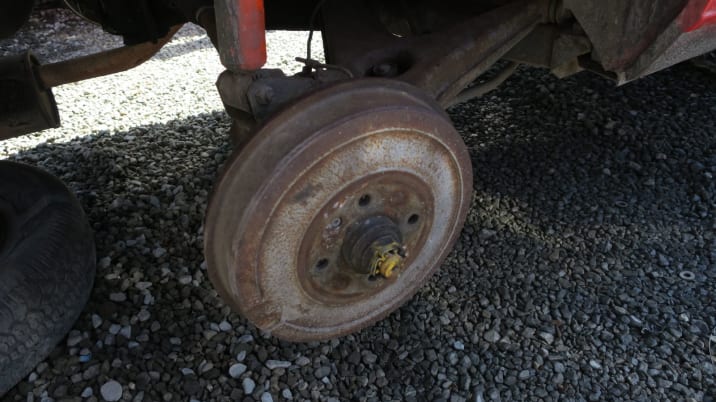 Volvo had made four-wheel-disc brakes standard equipment back in the 1960s, but BMW was still using rear drums on the early 320i. 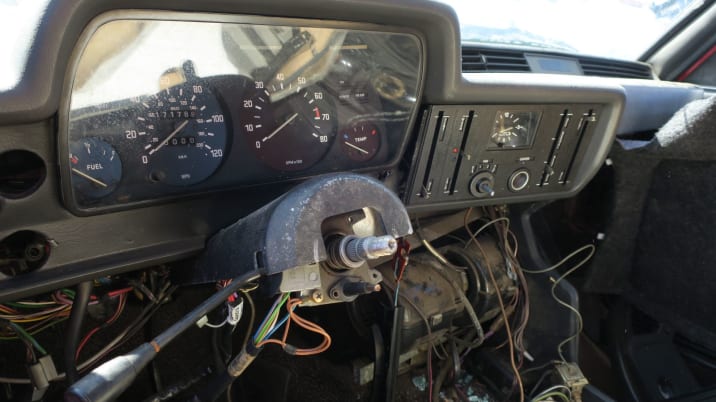 In America, BMW made the transition from being a semi-marginal brand for weirdo car enthusiasts to being a mainstream status-symbol brand during the reign of the E21, so this car is the one that made BMW a star on this side of the Atlantic.