We're just not sure it put the effort in all the right places.

You can complain all you want about perceived badge engineering when a company (like Mercedes-Benz) sells a platform to another brand (such as Infiniti). The reality is that most buyers won't know the difference, and they won't even realize their Infiniti is really a Mercedes underneath or that their neighbor's GLA has the same basic parts as the QX30 they just bought. What's weird to me isn't that sameness, but the places where the two cute little utes differ.

These two vehicles, which are more like tall hatchbacks, use the same Mercedes 2.0-liter turbo four and seven-speed dual-clutch transmission. Infiniti adds its own throttle and transmission calibrations. The suspension design is the same, although there are tuning differences. Both come standard with front-wheel drive, with all-wheel drive an option. Fuel economy matches for the FWD models, while the AWD Infiniti lags behind the Mercedes for some reason. So they're very similar despite their different looks.

And design makes sense as a point of differentiation. Frankly, they go further than a lot of vehicles on shared platforms do – further, in fact, than the upcoming Nissan Navara-based Mercedes X-Class pickup does. The QX30 has its own sheetmetal and glass to separate it from the GLA-class. You probably think one looks better than the other.

If you know where to look, the signs of sameness are obvious. Most major systems and pieces are shared, like the steering wheels (with different center covers), most switchgear, and things like interior and exterior door handles. Shared parts are fine as long as the parts are good ones. On that note, how many Tesla buyers realize their steering column and stalks, plus the window switches, come from Mercedes? And does that actually matter? We'd argue no.

About those differences. Many are functional, like the fact the Infiniti does not carry over the Benz's Brake Hold feature – when you roll to a stop in the GLA (or any other Benz), pressing the brake pedal firmly applies the electric parking brake until you hit the gas to move again. The QX30 has an electric parking brake, but no Brake Hold feature. Someone used to driving Mercedes models will look a bit silly standing on the brake pedal to no effect. Ask us how we know.

The Mercedes gauge package is carried over, but with the Infiniti font. Makes sense, although it's off-putting at first if you've seen the original, prompting a weird deja vu. Circular dash vents are replaced by rhomboid ones. There's a console shifter out of the GLA45 AMG instead of the GLA250's (far superior and more space-efficient) shift stalk. That seems like different for different's sake.

Instead of the floating COMAND screen and interface, the QX30 uses Infiniti's InTouch system with its controller on the center console. The screen is fared into a taller dash and is the most Infiniti-feeling part of the interior. Given a choice, we'd go for the Mercedes system, which has a cleaner, crisper interface. The difference is most jarring when you shift to reverse and see a very grainy video feed in the center display.

The GLA's 2018 updates further differentiate the two, if only slightly. Things like the door-mounted seat controls and the strip of buttons on the center stack switch from black plastic to shiny metal-look plastic.

Most of these changes are understandable from a brand standpoint. The thing is, it's a lot of trouble to go through to make the GLA look different but not improve it in any way. Some changes are a step back (see: infotainment). Choosing between the two really comes down to the combination of features you want (the trim levels and options don't line up between the cars, although the prices for similarly-equipped models do) and the deal you can get. Plus which one you think looks better, assuming you have a preference. In the end, most people who buy one or the other will be blissfully unaware that its counterpart exists, and they're unlikely to make the comparison while shopping anyway.

So if you see someone with a QX30, don't tell them about the GLA and vice versa. It's probably better that way. 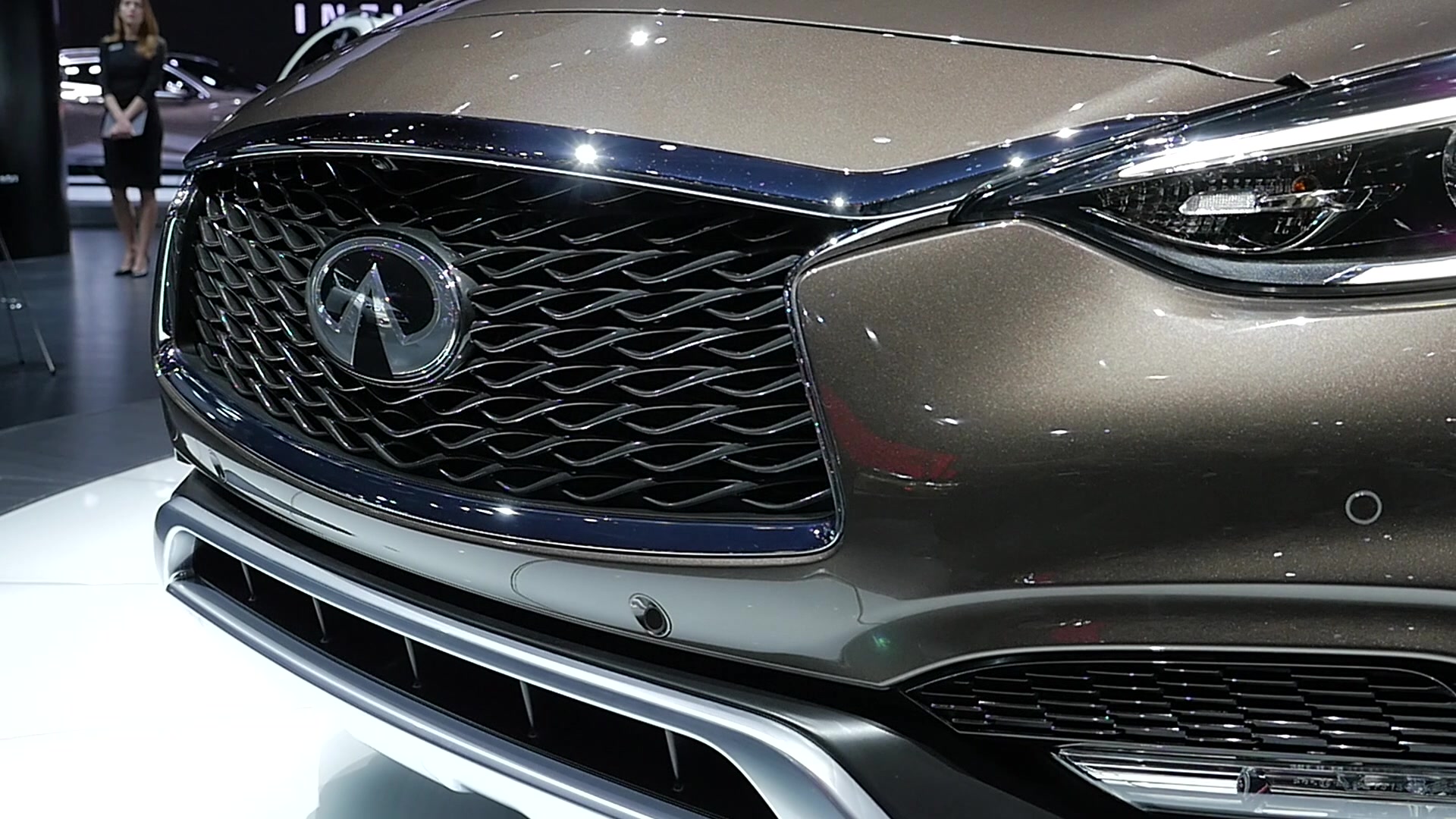