A new Toyota MR2? We want to believe

Alex Kierstein
In the wake of a busy Geneva auto show, the rumor mill is churning, and the latest grist involves one of the most beloved Toyota sports cars of all time. EVO reports that Tetsuya Tada, the chief of the Scion FR-S/Toyota 86 project and a hard-liner about sportscar priorities (light and nimble, but with modest horsepower), wants a third vehicle for Toyota's nascent sporty lineup. Currently, we know there's a Supra-like vehicle in the works, being co-developed with BMW, and the 86 is sticking around. Tada said he'd like a third sportscar to compliment the two we know about, and that he wants it soon.

A quick bit of history: Toyota's classic sporty lineup had three components. The most visible was the Supra, whose power and prestige grew as the car evolved from a cushy personal tourer to a high-horsepower, high-technology icon. The Celica was its Clark Kent, more mild mannered but also more accessible and affordable. The third was the MR2, a mid-engined go-kart that lasted for three distinct generations. Each had its charms, and all have their fans.

When Tada says that he wants three sportscars in the lineup, we already know about the Supra successor, and the 86 is already filling the Celica's role, so the blank is easy to fill. It doesn't sound like Tada spoke the word "MR2" to EVO, or hinted that the car would be mid-engined, but Tada doesn't seem to say anything without purpose. Whatever the layout, this third car – if it comes to fruition – will probably play a role similar to the MR2 in relation to its stablemates. 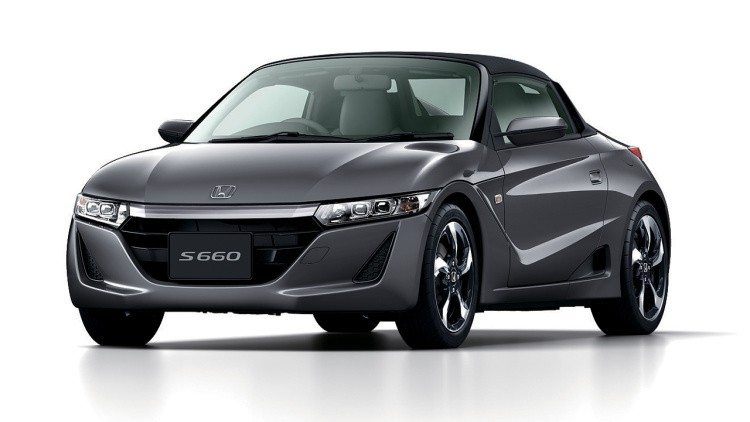 To translate: it'll likely be even lighter and more nimble, and probably less powerful, than the 86. The closest real-world analogue to the pure MR2 ideal is the Honda S660, a mid-engined Kei roadster that's on sale in Japan right now. It's light, small, and powered by a 0.66-liter inline-three. Toyota could decide to directly compete with the S660, borrow an engine from its small-car specialist subsidiary Daihatsu, and produce a mid-engined MR2. 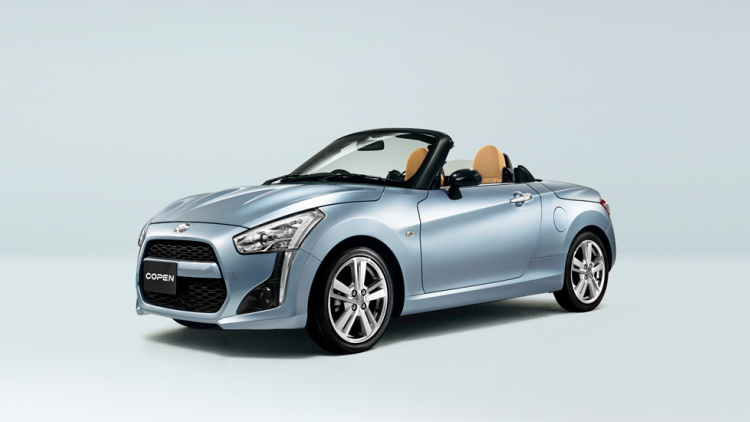 Another possibility, even simpler from Toyota's perspective, would be to adapt the existing Daihatsu Copen roadster. Sure, it's front-engine and front-wheel drive, but it's a small, light roadster. And even better, it sells abroad with a larger 1.3-liter engine. Restyle it slightly, perhaps to resemble the S-FR concept of a couple years ago, and it's an off-the-shelf solution. 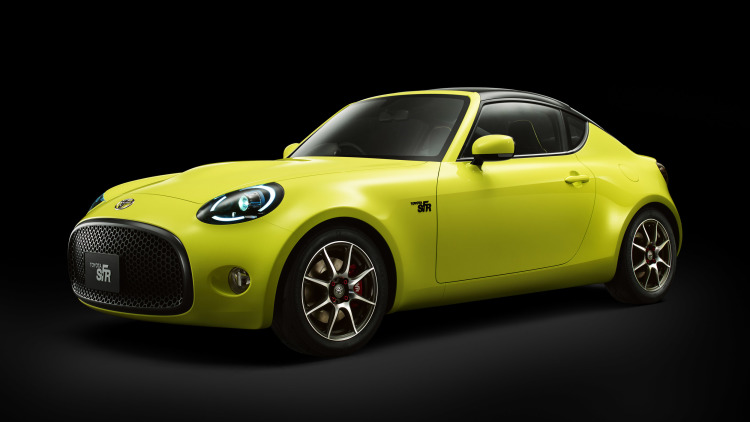 The S-FR itself is a third possibility. It doesn't resemble the MR2 much, but as a light, small counterpart to the 86 could play a similar role in the trio. Even more so if it's a convertible, to provide an open-top compliment to its fixed-roof 86 cousin. The S-FR Concept utilized a front-engine, rear-drive layout; considering the development work the company's done on the 86, it could borrow some engineering from that platform to reduce costs.

This is all exciting stuff, and we've run a few possibilities out to their logical conclusions, but it's worth remembering that Tada didn't speak to any specifics. He just suggested a third sportscar; we want to believe him, are excited by the possibility, and used what we know about Toyota's history and the current sportscar landscape to fill in some blanks. There are a lot of hurdles for a small sportscar to clear before it gets the green light – notably, the accountants, who don't get as excited about fun cars as do gearhead engineers like Tada.

Still, if the MR2 moves forward, which of the possibilities we've described would you actually want Toyota to build? Comment below.
Related Video:
X