Next Chevy Silverado could get this built-in tailgate step

Michael Austin
General Motors just received patent approval for a tailgate step in a pickup bed. And given the timing, don't be surprised if you see this on the upcoming 2019 Silverado pickup (not the mention its GMC Sierra twin), expected to arrive in late 2018.

According to the patent, granted in December of last year, the whole mechanism is housed in the tailgate assemble. The magic happens when a portion of the top half of the tailgate swings down and a step folds out. There's also a handle that locks into position to help climb up into the bed.

As trucks get bigger and taller over the years, it gets harder and harder to access the cargo bed. Ford's solution with the 2009 F-150 was a step that slides out from the end of the tailgate. Back then, Chevy made an ill-advised ad highlighting the feature for Ford. And while Howie Long mocked the F-150's "man step" Ford saw almost a third of its trucks with the option in the first year.

The GM design seems to improve on Ford's idea as it appears to be wider and has a back to the lower step. That is, you don't have to worry about stepping through the ladder-rung design as on the F-150. 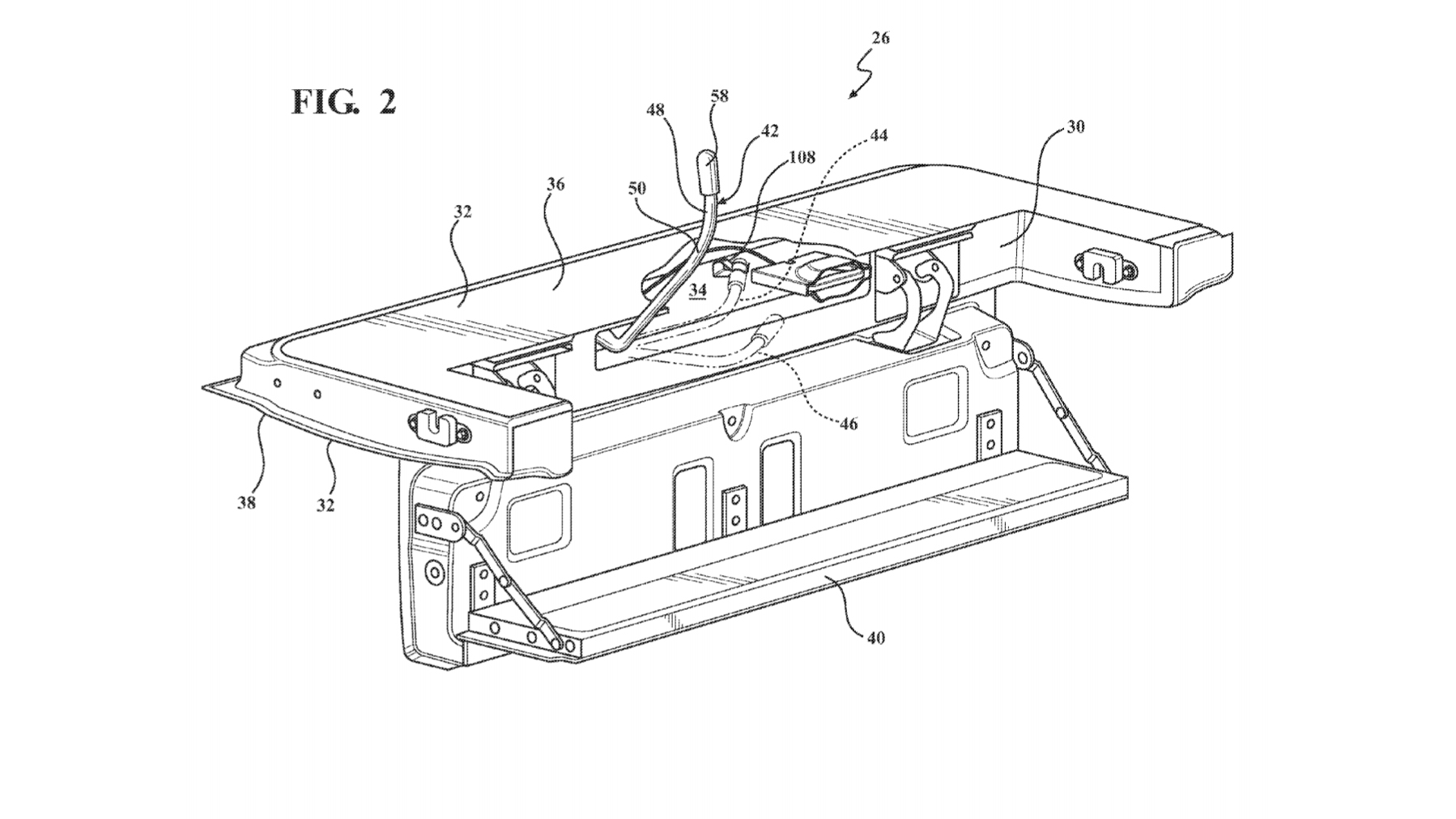 Ford's tailgate step later spread to the F Super Duty, and other cargo access assists have proliferated through the truck world. On the most recent redesign, the Chevrolet Silverado took a trick from the Avalanche and added cutouts to the corners of the rear bumper that act as a foothold. Ford also offers a deployable side step, Chevrolet has running boards that scoot rearward with a kick of the boot, and Ram offers fixed wheel-to-wheel side rails. Nissan is in on the game too, with an optional folding step that tucks under the rear bumper.

We don't expect Chevrolet to comment on when or if we'll see this feature in the showrooms. But given that engineers are already hard at work on the next Silverado and the timing of this patent lines right up with the new truck's development cycle, we'll be disappointed if this patent stays in the file cabinet.