Joel Stocksdale
The latest machine to show up on Jay Leno's Garage is arguably the most iconic Pontiac GTO, the 1970 Judge. The example here is a radically red model and features all of the nifty Judge features, such as the mega-size rear wing, hood-mounted tachometer, and ram air hood scoop. The latter of which had a panel in the hood that would open up at full throttle to let in all that cool air from outside.

The car is owned by the Wade Kawasaki, president of Coker Tires, a company that specializes in reproducing classic tires. Not surprisingly, his GTO features a set of the company's Firestone Wide Oval tires. That particular tire would have come with the car originally, but these new versions are built like modern radial tires, rather than the slippery bias-ply originals.

The tires are indicative of how Kawasaki restored the rest of his Judge. Everything has been taken back to factory-spec. It has a stock, 400-cubic inch V8 that makes a supposedly underrated 366 horsepower, and it's complete with the chrome valve covers and foam intake seal. The tires are accompanied by exact replica GTO Judge wheels. The car even has the true, original interior. Somehow, the upholstery, dash, and other interior components survived in excellent condition.

Check out the video above for more details on this flashy muscle car, as well as some reminiscing about the "good ol' days," and some history on the origins of the car's name. 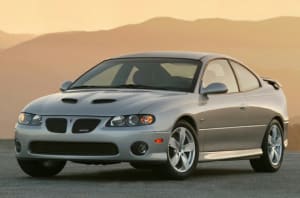