Jeremy Korzeniewski
In principle, the Jaguar Activity Key is a good idea. It's simple, useful, and relatively inexpensive. Unfortunately, in our testing it was less than reliable. Here's how it's supposed to work: To lock the car, leave your keys and fobs inside the vehicle, and strap the band on your wrist. Then, within 30 seconds, place your banded wrist against the letter J of the Jaguar script on the back tailgate. When you come back, you can unlock the vehicle by pressing the tailgate opening button, then, again within 30 seconds, placing the Activity Key band against the J of the Jaguar script.

We chose the Jaguar Activity Key as a finalist for our 2017 Tech of the Year award because it's an uncomplicated device with lots of potential customers. Jaguar says the wristband is "robust and fully waterproof." Swimmers, surfers, kayakers, hikers, and even couples out for a sunny-day picnic could use a feature like this wristband key. Plus, wearables are pretty new as a category in general, and even more so in the automotive space. We didn't go skydiving with it or anything (an activity Jaguar cites as a potential usage case), but we did dunk it in water with no ill effects.

While it all sounds good in theory, actually getting the Activity Key to work effectively was unexpectedly difficult, especially when the cameras were rolling. We tried varying the timing between closing the door and using the wristband, as well as between using the tailgate button and the wristband. It worked about half the time, regardless of our process or who was wearing the wristband.

Whether our issues with the wristband were due to interference, new-technology teething problems, or just electrical gremlins, the idea of purposely locking the keys inside an automobile without having a foolproof way to unlock it gives us reason to pause. The Activity Key is a $400 standalone option on the 2017 Jaguar F-Pace, but only on Prestige, R-Sport and S models. The least expensive F-Pace with Activity Key costs $51,095. 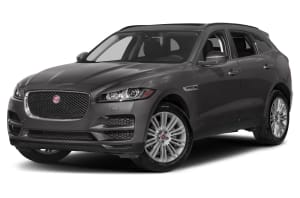