Forecasting the classics of tomorrow is pure conjecture and speculation. Vehicles are inherently liabilities, not investments. However, some vehicles are undoubtedly more significant than others. If one were to attempt to validate such a vehicle, here are some issues to consider:

Design
Compared to its stablemate, the Chevrolet Camaro, the Firebird has always been a bit more flamboyant. The brashest Firebirds have consistently been the Formula and Trans Am optioned models. The 30th/35th anniversary Trans Ams featured the iconic blue and white color scheme, stripes and even blue anodized aluminum wheels. This car was meant to be special from the first day of production. It would later prove to be very significant in many ways including low-volume production.

Engine
The Trans Am was a performance bargain that would regularly beat competitors in brute acceleration. This was solely attributable to the development of the all-aluminum LS1 V8 engine. While it was very potent from the beginning, it would prove to be one of the most popular powerplants of 20th and 21st centuries. This fact alone, makes the car historically significant. Once engine swaps are factored into the equation, it becomes clear that unmolested cars will become even more valuable.

Performance
Besides the engine, the car featured well-rounded performance that was equivalent or above others in its class. The vehicles came equipped with six-speed, heavy duty T56 transmissions, four-wheel disc brakes and a chassis that's lighter than the following generation of muscle cars (like the fifth-generation Camaro). It was a strong performer then and remains competitive today.

Live axle
The fourth generation F-bodies were the last of GM's pony cars to feature the solid rear axle. This decision ultimately did result in overall more capable cars. However, once again, it's not a matter of the interpretation of a "good or bad" change, but rather the significance of its occurrence. The fourth generation cars were the end of the muscle car's affiliation with uncompromised, straight-line (drag strip friendly) setups. 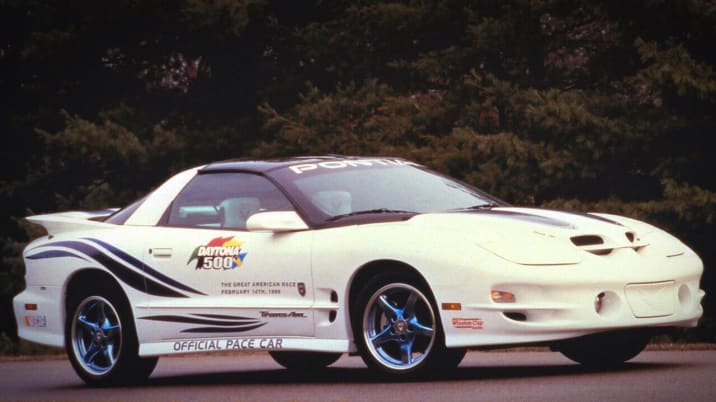 Anodized blue wheels
If the car only came optioned with anodized blue wheels it would've been a rarity for General Motors production cars. History has shown that certain production wheels are rare and possess collectible value. Another example of unorthodox, factory-issued wheels are the composite wheels of the Shelby Dodge Shadow.

Last of the Pontiac Firebirds and Pontiac
Once Pontiac ceased to exists as a division of General Motors in 2010, many anticipated the end of the Trans Am. However, like the bird it's named after, the car has risen from the ashes in the form of aftermarket Firebird/Trans Am kits and assembled cars. This is significant because there's clearly enough pent up desire for these cars to justify continuing the brand.

Pedigree
The car originated in the performance era stoked by John DeLorean and which was later embraced by the entire industry. Pontiac's history is filled with noteworthy people, ambitions, failures and triumphs. In other words, the division's storyline is legendary, dramatic and culturally significant.

Pop culture impact
The Trans Am is synonymous and inseparable from American culture. The car has been featured in virtually every form of media available and maintains a high level of recognition to this day. It would be a grand understatement to classify the Trans Am as desirable amongst collectors. Frankly, the fourth generation Trans Am models are the best, factory-created versions ever made.

Marketplace
The Trans Am 30th/35th Anniversary models aren't abundant in the marketplace. This is indicative of a vehicle that has already innately become rare. When available, they often command prices near original purchase price for models in good condition meaning that they've held their value. This is also a model which was available in convertible form. So, it should be expected that the highly or uniquely optioned coupes/convertibles will command higher prices in an already limited market.