Modern supercars have become downright civil. Technological advances mean cars that can hit 60 mph in under three seconds can also coddle occupants on long-haul drives. On top of that, they're relatively reliable.

This supercar evolution is mostly welcome, as evidenced by record sales from companies like Lamborghini and McLaren. Cutting-edge hardware like dual-clutch gearboxes and adaptive suspensions have made these vehicles both faster and easier to drive, in turn making them more approachable.

Still, there's something to be said for the unfiltered, visceral experience that vintage sports cars can provide. That thoroughly mechanical connection between man and machine has, for better or worse, become increasingly diluted as of late. Call it the cost of progress. 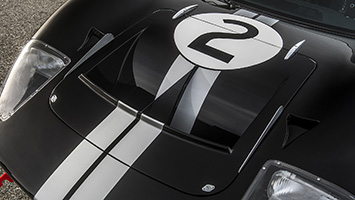 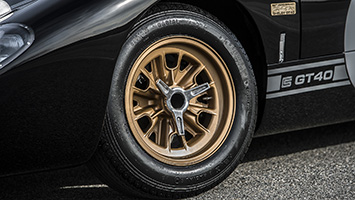 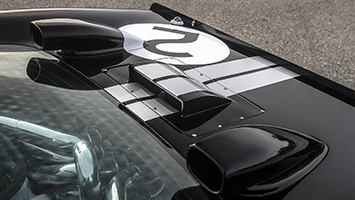 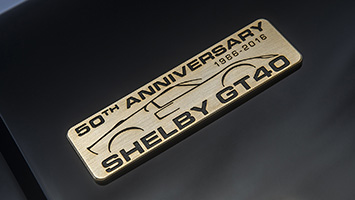 For those who lament that they don't make 'em like they used to, the folks at Superformance are here to help. The latest entry into their roster of supercar re-creations is this, the GT40 MKII 50th Anniversary Edition, 20 of which will be built to commemorate Ford's 1966 victory at Le Mans with Carroll Shelby. Its design follows the original so closely that more than two-thirds of its components are interchangeable with the original MKII GT40's. And when outfitted with Shelby's specially prepared aluminum-block 427 FE V8, it's considered authentic enough to earn a spot in the Shelby vehicle registry. For this story, we drove a mechanically identical GT40 MKII done up with Carroll Shelby 85th plaques – it's just like the car pictured here, except the steering wheel is on the left and the shifter is in the middle.

Simply planting yourself into the driver's seat of one of these continuation GT40s is enough to evoke a sense of occasion, a process that for most drivers involves either settling in feet first from a standing position on the bucket itself, or removing the quick-release steering wheel for additional maneuvering room and reconnecting it once situated. 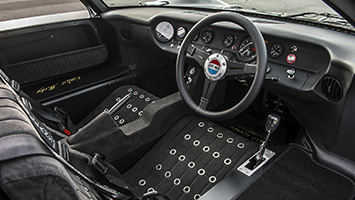 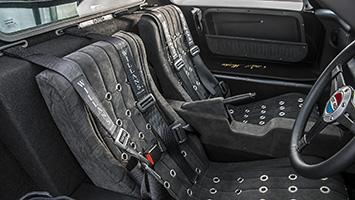 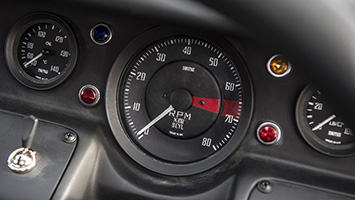 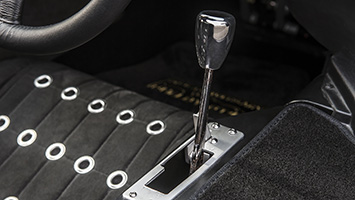 After an assessment of the various switches on the instrument panel to make sure all settings are copacetic, a press of the ignition button brings to life a 550-horsepower small-block 427 that's situated just a few inches behind the occupants' heads. Its presence is all-encompassing, not only due to its glorious engine note and the absence of any deadening material throughout the vehicle, but because of the sheer violence its capable of.

The engine combines with a curb weight of roughly 2,500 pounds to make for simply awe-inspiring pull, the car clawing for traction as it catapults to 60 in about 3.5 seconds, an effect that's bolstered by the sensation of being just a few inches off the ground.

Yet for as primal as the Superformance MKII is, there are a few concessions for modernity, and they're most certainly welcome. Take, for instance, the custom-designed air conditioning system: A/C was never a part of the original GT40 formula and consequently the original race cars got pretty toasty during operation, as race cars tend to do. Even on a temperate day like the one we enjoyed when visiting Superformance's Irvine, California, headquarters, having the A/C at near full-tilt is mandatory if you'd prefer not to swim around in your own sweat, especially since the GT40 isn't equipped with typical roll-down windows. 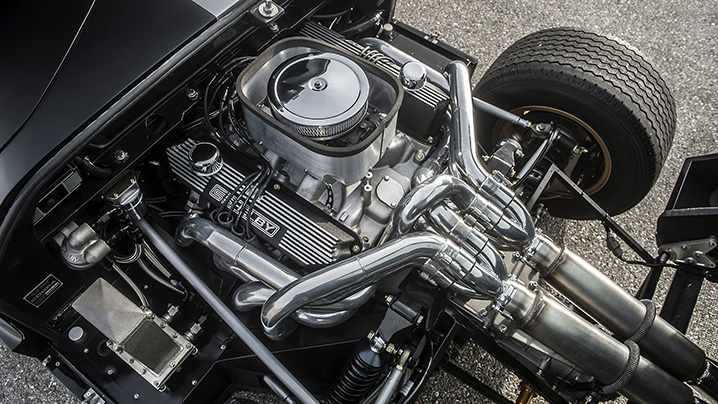 The mechanicals see some technological advancement as well, but everything is done with the intention of preserving as much of the original experience as possible. Wilwood four-piston disc brakes grace all four corners of the MKII, a nod to advancements in driver safety made in the last five decades, but their lack of power assist or ABS means that the operation and feedback of the system is still very much a vintage experience.

Also, while Superformance does not provide the powerplant that motivates the MKII GT40, the Ford Racing 427 that it recommends for the car can be had with either a traditional carburetor or a Borla electronic fuel-injection system. While the MKII we drove utilized the former, after a spin around town in another Superformance GT40 with the Borla system we'd probably recommend that instead, as it eliminates all of the fussy behavior inherent to carburetion while sacrificing nothing in terms of hair-raising brutality.

At speed, the Superformance MKII GT40 is outright sports-car nirvana – the sound, coupled with its unassisted steering and braking, is a totally all-consuming experience. While most modern mid-engined sports cars of with this kind of power will be able to outpace the GT40 on demanding stretches of road just simply by ease of use, few will be as rewarding to pilot while doing so.


Still, there's a cost for this raw experience, and we're not simply talking about the $169,995 price for the rolling chassis. When it comes to the diametrically opposed attributes of rawness and civility, you typically can't have it both ways. Driving this car fast is not the relatively effortless task provided by, say, a Lamborghini Huracán LP 610-4 – every input requires deliberate effort, and there are no electronic nannies onboard to right the ship if you find yourself suddenly out of talent. And of course there's no rear-view camera, so backing the car up while strapped into the five-point harnesses is done on faith more than anything else. And while the unassisted steering is a lovely thing indeed on a back road, it's significantly less appealing when performing a three-point turn.

But for some, those minor inconveniences are of little consequence. The Carroll Shelby 85th MKII GT40 we drove is the personal car of Superformance's Ashton Stander, and the road-worn paintwork on the front clip is a testament to the 20,000 miles he's put on the car since it was built, which included a drive across the United States.

After noting that the suspension on this car was a bit more compliant than the recently built fuel-injected model we drove earlier in the day, he offered an explanation that says just as much about the drivers who gravitate toward vehicles like the Superformance MKII GT40 as it does about the inherent charm of its old school design: "This one's broken in."