Andrew English
Bloodhound, the British 1,000 mph Land Speed Record (LSR) project, was beset by delays and funding issues. Now the project has been rescued by Geely Auto, the Chinese car maker, which will supply technical know-how, chase vehicles, and funds to the tune of "multiples of millions", according to a spokesman. The deal will make Geely Bloodhound's lead sponsor.

Geely's sponsorship will get the Bloodhound team back on track to make its initial runs with the jet-and-rocket powered car next year, attempting an 800 mph LSR record in South Africa. The current plan is that if the 800 mph record is attained, the team will return in 2018 with a modified car to have a crack at 1,000mph. Wing commander and current LSR holder Andy Green will be at the wheel for all attempts.

Geely is part of the Zhejiang Geely Holding Group (ZGH), which owns Volvo Cars and London Taxi. Its involvement came about as a result of a visit to the Coventry Transport Museum's Land Speed exhibition by Geely founder and chairman, Li Shufu. He apparently saw a model of the 7.8-ton, 44-feet-long Bloodhound constructed out of K'Nex modelling toys and decided to back the cash-strapped team.

"He was opening a new factory in Coventry," says Mark Chapman, Bloodhound chief engineer. "He had some time to spare, went to the Transport Museum, saw the model and said; 'that looks really cool, we should get involved'." 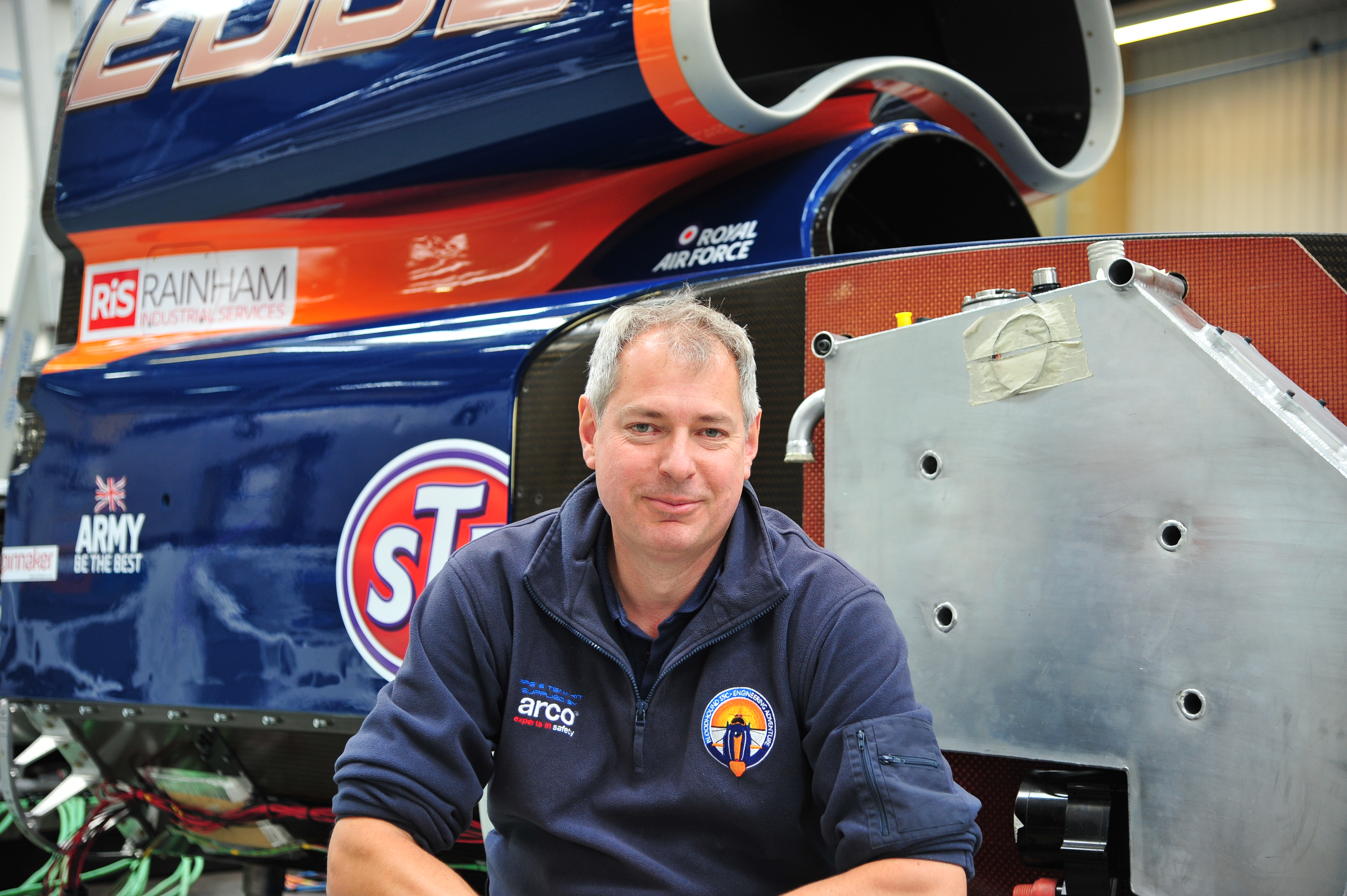 Chapman says that while the main part of Bloodhound's design is done, Geely will supply valuable technical input on noise reduction around the cockpit area and modeling the natural frequencies of the car against its components, which is crucial at the super high speeds the car will attain.

"It won't cut out any testing stages," says Chapman, "but it will give us more confidence. After the first year to 800mph, we know that there will be changes we'll need to make to get to 1,000mph, Geely will be able to help us with aerodynamic tweaks such as the rear-wheel fairings, and the changes to the rear suspension." 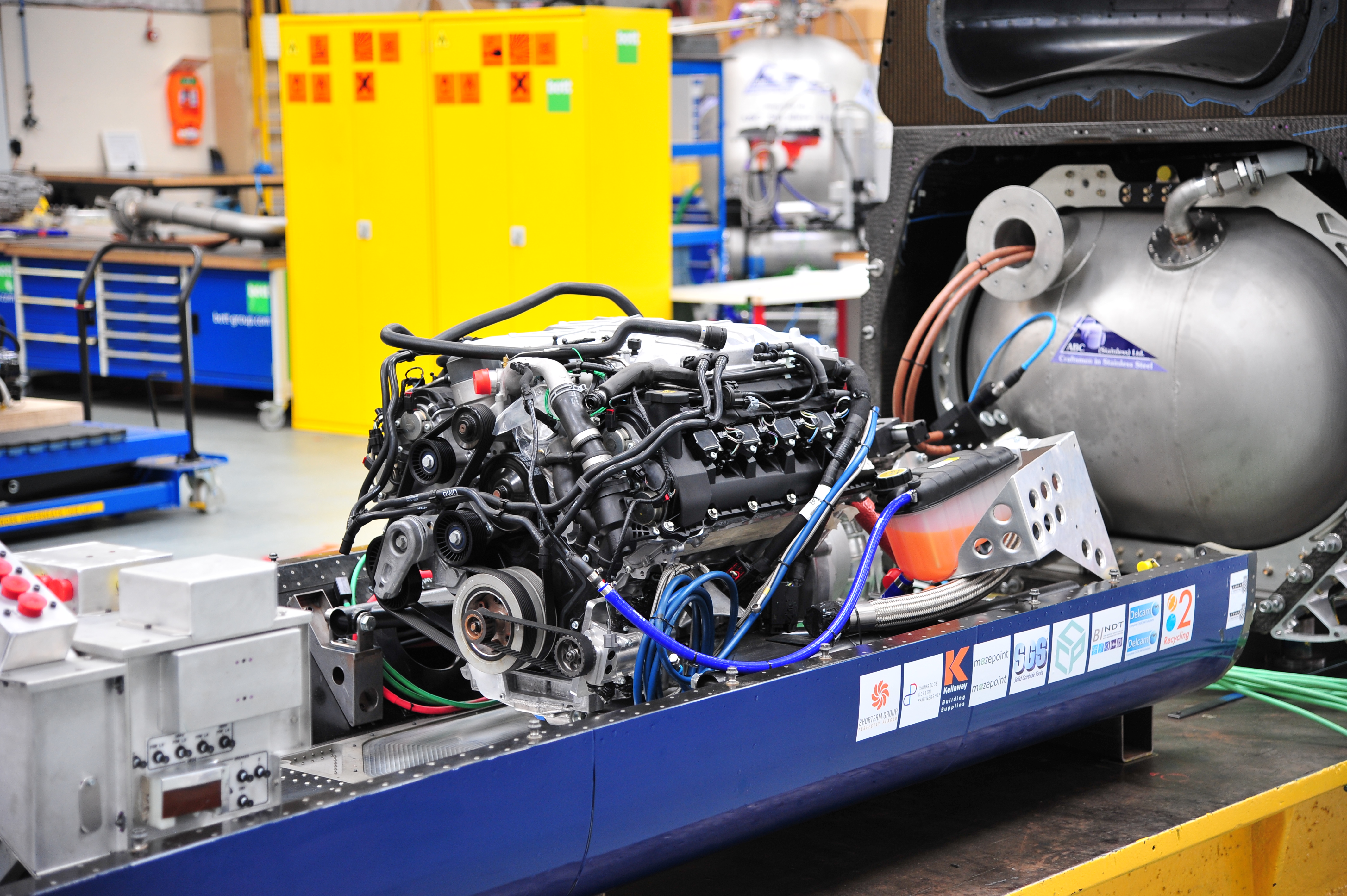 Chapman also says the Chinese car maker will help to expand the project's education program across China and Asia. "It fits with what is already going on," he says. "When we launched the web site, almost the highest hit rate was across China."

He is unconcerned about any security aspects of a Chinese involvement in the project, which uses a British Ministry of Defence EJ200 Typhoon military jet engine. "We do have sensitive intellectual property on the car," he says, "but it doesn't change how we deal with it, just as we don't let Nammo Group [Norwegian Rocket Motor makers] access to the Euro Fighter data and vice versa, we won't be sharing any of that data with Geely."

"Ideally we need between 40 and 50 kilo-Newtons (kN) of thrust," says Chapman, "and [Nammo's] current hybrid motor providing thrust on decomposing peroxide provides 30 to 35kN, so that is slightly under what we wanted to be really safe and confident on getting an 800mph record next year. Nammo suggested using its mono-propellant rocket motor as a replacement. It should provide between 40 and 45kN of thrust, while also providing other benefits. "With the hybrid rocket we'd have to take the motor out and put it back in after the runs," says Chapman, "where the mono-propellant engine means we only have to refuel at the end of each run and that's away from the hot end of the car. It's simple, you can turn it on and off, we can run it as many times as we like and it piggy backs onto a development program at Nammo."

After displaying the car in dry-built form in Canary Wharf in London's Docklands last September, the car is now in pieces again, in preparation for the final build up. "Taking it apart, well, we did end up using a bit more force that we'd initially anticipated," says Chapman with a grin. "No hammers were involved, but there was a ratchet strap at one point. 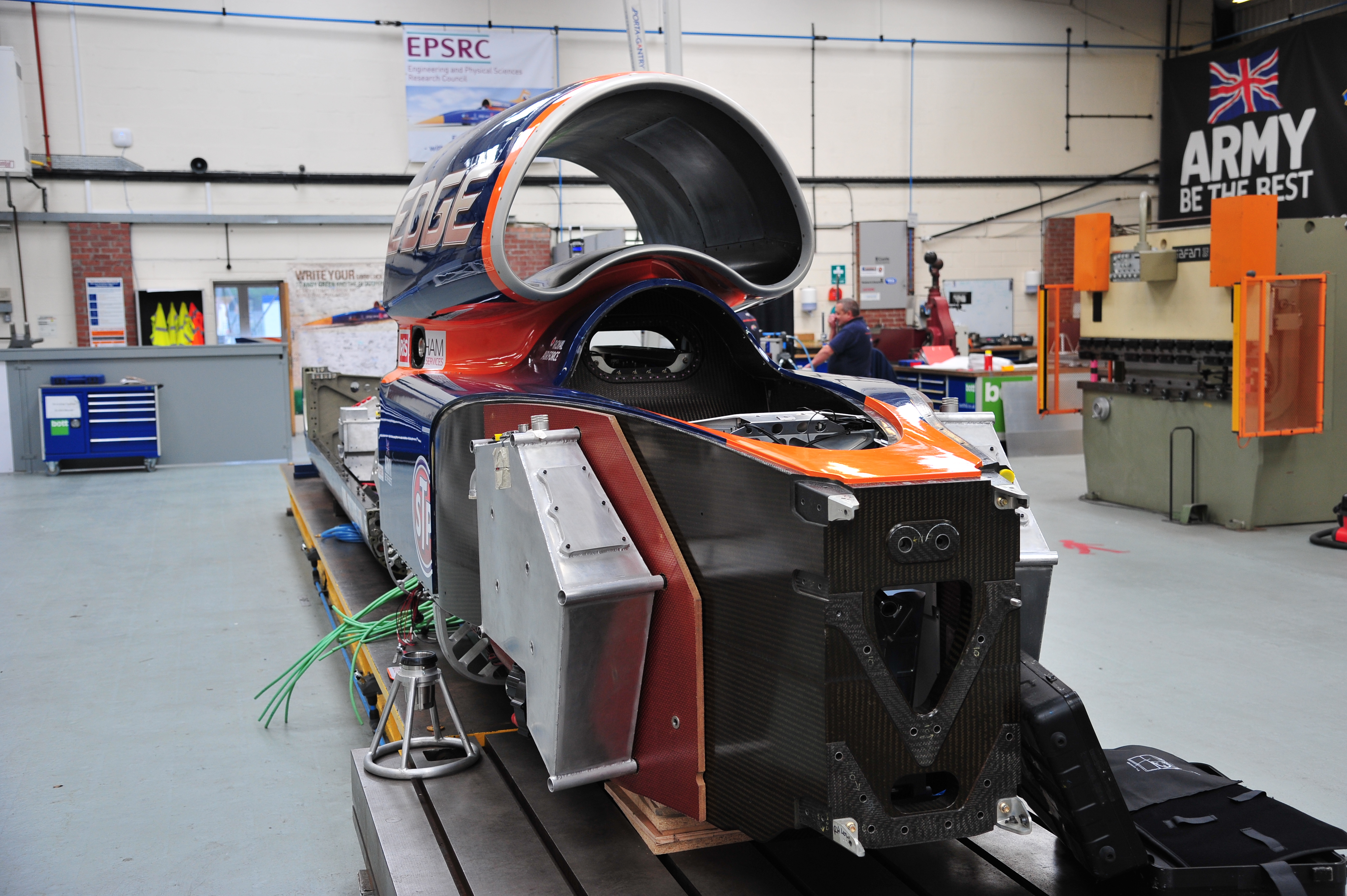 "The dry build has shown up some things that didn't work as we wanted such as the jet-fuel tank, which was trapped inside the car, so you couldn't get to it without taking off the whole front. We've now got the opportunity to have a six-week pause to gather our thoughts about these things. The next time it goes back together it goes to Newquay in July and then South Africa."

The team is aiming at runway tests for Bloodhound at St. Mawgan airfield, near Newquay in southwest England next July before going for the record at its specially prepared 11.8-mile track on Hakskeen Pan in the North of South Africa in October.