McLaren 650S replacement spotted at LAX and in Spain With the McLaren 650S quickly approaching its fourth birthday, the British automaker is hard at work on putting its successor on the road by 2018. The replacement to McLaren's entry in its Super Series lineup wasn't expected to arrive until 2017 with a debut slated for the Geneva Motor Show. The latest spy shots of the new model, which is codenamed P14, testing in Spain reveals that the supercar is well underway.

The undisguised prototype displays a radical design change from the rest of McLaren's lineup, which has been criticized for its ubiquity. The front of the spied prototype features McLaren's iconic rounded nose, but has numerous aerodynamic touches. The hood, which is similar to the one found on the McLaren 570S, has two triangular scoops, while slender LED headlights mimic the ones found on the P1. There are two large vents at the bottom of the front end, which will surely aid the supercar in creating a massive amount of downforce.

Along the side, the P14 prototype features angular lines with a duct at the front of the door, which is a change from the rest of its supercars that have a large duct towards the rear of the vehicle. The prototype is wearing similar wheels to ones found on the McLaren P1, as well.

At the back, the P14 still features centrally-positioned exhaust tips, but are round instead of the square-like ones on the 650S. The engine cover has been redesigned and looks similar to that of the P1's, while the entire rear ditches the 650S' square-like rear end for a more curvy design. The taillights share a similar design to single LED units found on the 570S and P1. The large panel gaps towards the top of the rear end also have us thinking that the supercar will have some sort of active aero.

Autoblog reader Nicholas Haggard also sent in a couple of photos of the prototype at Los Angeles International Airport. That prototype, which was heavily camouflaged wore a different set of rims that matched the ones found on the 650S. The sleek front end and profile of the prototype has us believing that it's identical to the one that was testing in Spain. 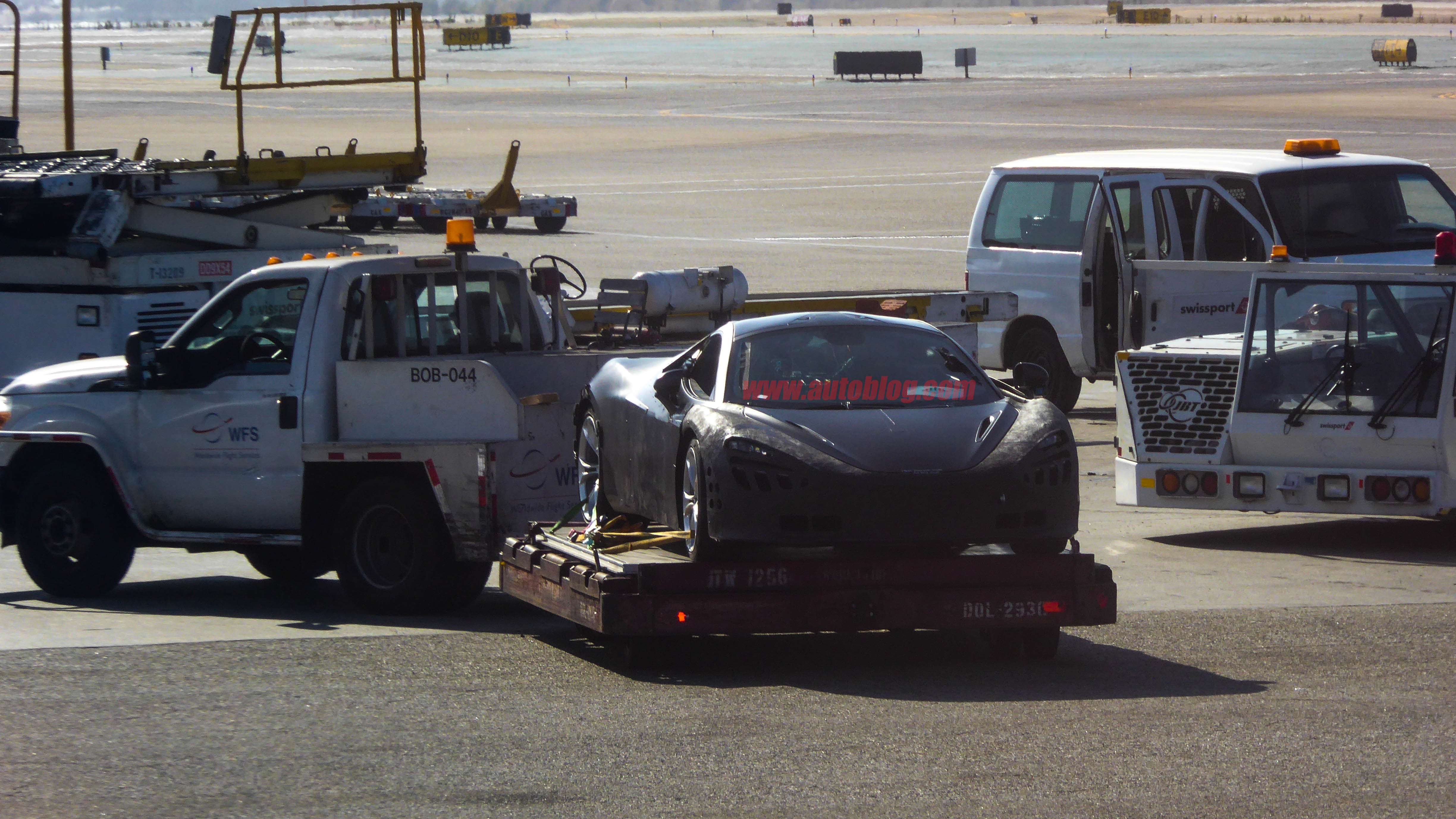 While the P14's design is supposed to be a large deviation from McLaren's lineup, it looks like a lovechild of the 570S, 650S, and P1, which isn't a bad thing. The supercar is expected to utilize the same carbon monocoque architecture and the 3.8-liter twin-turbo V8 that's found throughout McLaren's lineup. Other reports indicate that the P14 will get a twin-turbo V8 hybrid powertrain, similar to the one found on the P1.

The P14 is expected to be unveiled at the 2017 Geneva Motor Show, but could find its way onto the Internet much sooner than that.