The flagship won't be a sedan, and there are a ton more crossovers coming.

Joel Patel
Update: The second paragraphed has been changed from the original text to make it clear that de Nysschen, not Autoblog , claimed the report by The Detroit Bureau is inaccurate.

Cadillac has been on a tear ever since the automaker poached Johan de Nysschen from Infiniti, becoming a more profitable automaker while delving deeper into the luxury market. While some reports indicate that Cadillac may be limiting its lineup, de Nysschen just put everything out in the open.

In the comment section of an article by The Detroit Bureau that claimed Cadillac would cut its lineup down, de Nysschen stated the report was inaccurate and outlined the automaker's future. The Cadillac CEO wrote "Some of what you report is correct, some incorrect, most is conjecture." A Cadillac spokesperson confirmed that de Nysschen did write the comment, but did not comment on any of the details. The Detroit Bureau's Paul Eisenstein told Autoblog that he stands behind the information in the report. In any case the most interesting tidbit in de Nysschen's comment is the major refresh for the Cadillac XTS.

The news directly contradicts previous reports that indicated the XTS would be killed off by 2019. In Cadillac's pursuit to add some space between it and GM, the XTS was expected to get the axe in favor of more profitable vehicles. The sedan, which was introduced in 2012, shares its underpinnings with the latest generation of the Chevrolet Impala. To the contrary, Nysschen stated that "We ARE planning a major refresh for XTS." What the major refresh will bring the aging sedan is still a mystery, but the vehicle isn't dying.

The move to keep the XTS in its lineup is a bit of a surprise as Cadillac has filled its lineup with track-oriented sports cars, rear-wheel-drive sedans, and extravagant crossovers. The boat-like XTS with its front-wheel-drive layout and available all-wheel-drive system sticks out like a sore thumb, even if it were to receive a major overhaul. The only real explanation is that Cadillac hopes the vehicle will still appeal to its old-school customers that are unwilling to compromise interior space and ride quality.

In our most recent review of the XTS, we thought the luxurious sedan was a great long-distance cruiser, but not a talented sports car – no surprises there. It's unlikely that Cadillac will focus on driving pleasure with the refreshed XTS, focusing instead on pure comfort and luxury.

The president of Cadillac also revealed what's coming in the near future for the automaker:

This plan, if it comes to fruition, might be exactly what Cadillac needs – particularly a bevy of crossovers, essential in this market which is ravenous for CUVs. 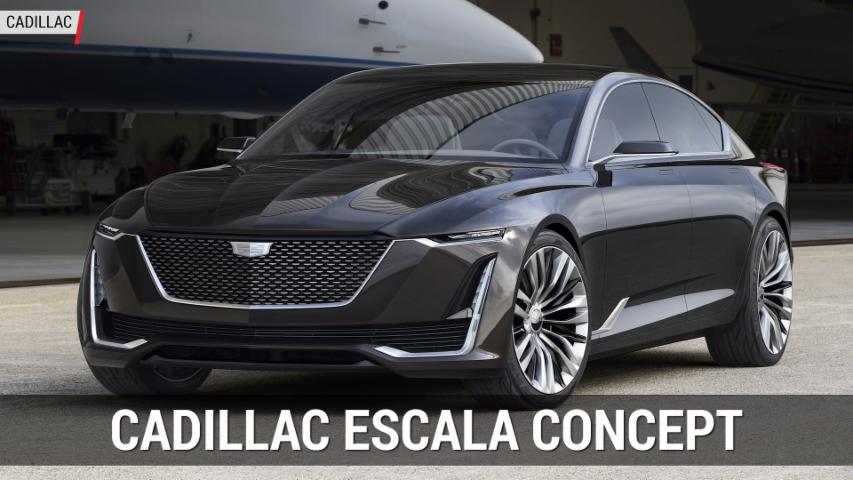