Brandon Turkus
While the US Army is testing big, autonomous vehicles on Michigan's interstates, the same division is preparing a new fully autonomous test on a far smaller scale. It will use a modified version of a Cushman Shuttle golf cart – shown above in unmodified form – at a North Carolina base.

The US Army's Tank Automotive Research, Development and Engineering Center is using Fort Bragg for its newest test, Automotive News reports, which is set to kick off in the next 18 months. But unlike the vehicles in the Michigan test or even increasingly common semi-autonomous consumer products, like Tesla's Autopilot, the Army's carts will work with paths and roadways that lack signs or lane markers. Consequently, the Fort Bragg tests will be much slower and cover shorter distances – about half a mile. The tests will also better translate to autonomous driving on a battle field, where terrain can vary wildly, and from minute to minute.

The Army's desire for autonomous vehicles is no secret – the technology has the potential to remove soldiers from harm's way while allowing a far greater degree of flexibility in combat operations. But it's the heart of the three-phase test program that's most impressive – rather than simply gathering data, the Cushman Shuttle carts will transport combat-wounded soldiers between their barracks and Womack Army Medical Center. Edward Straub, program manager for the Army's Applied Robotics for Installations and Base Operations, told Automotive News that heavy traffic and a lack of parking near the hospital were preventing soldiers from making their appointments, some of which cost $5,000 a pop.

"That actually creates a huge cost to the hospital, a traumatic brain injury center of excellence," Straub told AN. "So, if the soldier is not showing up, that's a huge cost. We surmised that by providing soldiers a reliable, personalized transportation option, we could reduce that number of missed appointments."

We believe that's called killing two birds with one stone. Soldiers can book door-to-door service in the sensor-laden carts, which will use a human pilot during phase one. It's during this phase that the Army will develop the initial hardware and software for the autonomous carts, before shifting into phase two this fall. During the second stage, the vehicles will drive themselves with a human driver at the wheel. According to Straub, the carts should go fully autonomous and driverless in phase three, planned for late 2017 or early 2018. 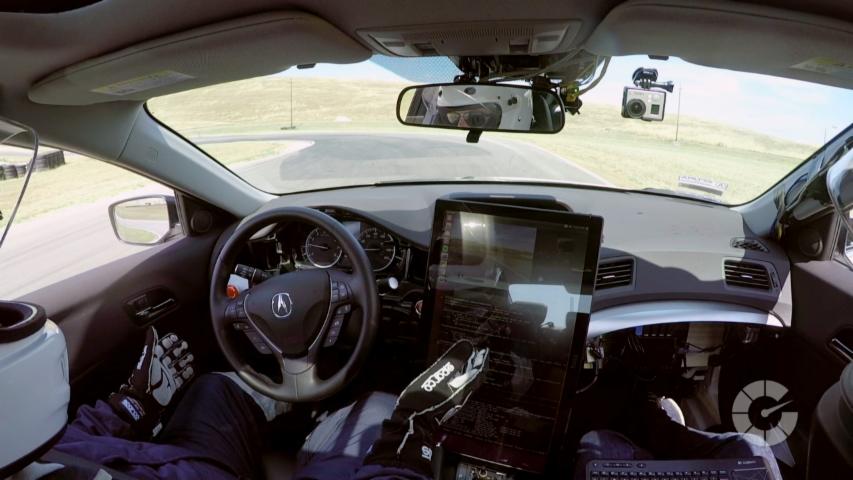