Sonic would be disappointed by the stock powertrain under that blue body. Prepare to feel old video gamers – Sonic the Hedgehog, the speedy, spiky avatar of early 1990s Sega enthusiasts turns 25 this year. And in celebration of Sonic being old enough to rent a car, Honda put together a celebratory Civic in time for the awesome nerd fest that is San Diego Comic-Con.

The Sonic Civic, as Honda's taken to calling it, features a vinyl wrap over parts of the Sonic Blue body, while the Sonic Yellow accents add some pleasant contrast. Honda went with two different wheel colors for the Civic – the rears honor Sonic's iconic red-and-white sneakers and the fronts are reminiscent of the long-running series' gold rings. It's pretty obvious Honda aggressively lowered the Sonic Civic's ride height, too.

We don't have interior images, but Honda claims the blue theme carried over to the Katzkin leather seats. In the trunk is a pair of ten-inch, 500-watt Rockford Fosgate subwoofers, a pair of 400-watt amps, and a flip-up, 32-inch TV for play throughs of Sonic's classic adventures. Cool upgrades, but where's the performance stuff? Speed is Sonic's defining characteristic, so it seems a little strange that a car built in his honor is rocking a base 1.5-liter, turbocharged four-cylinder. 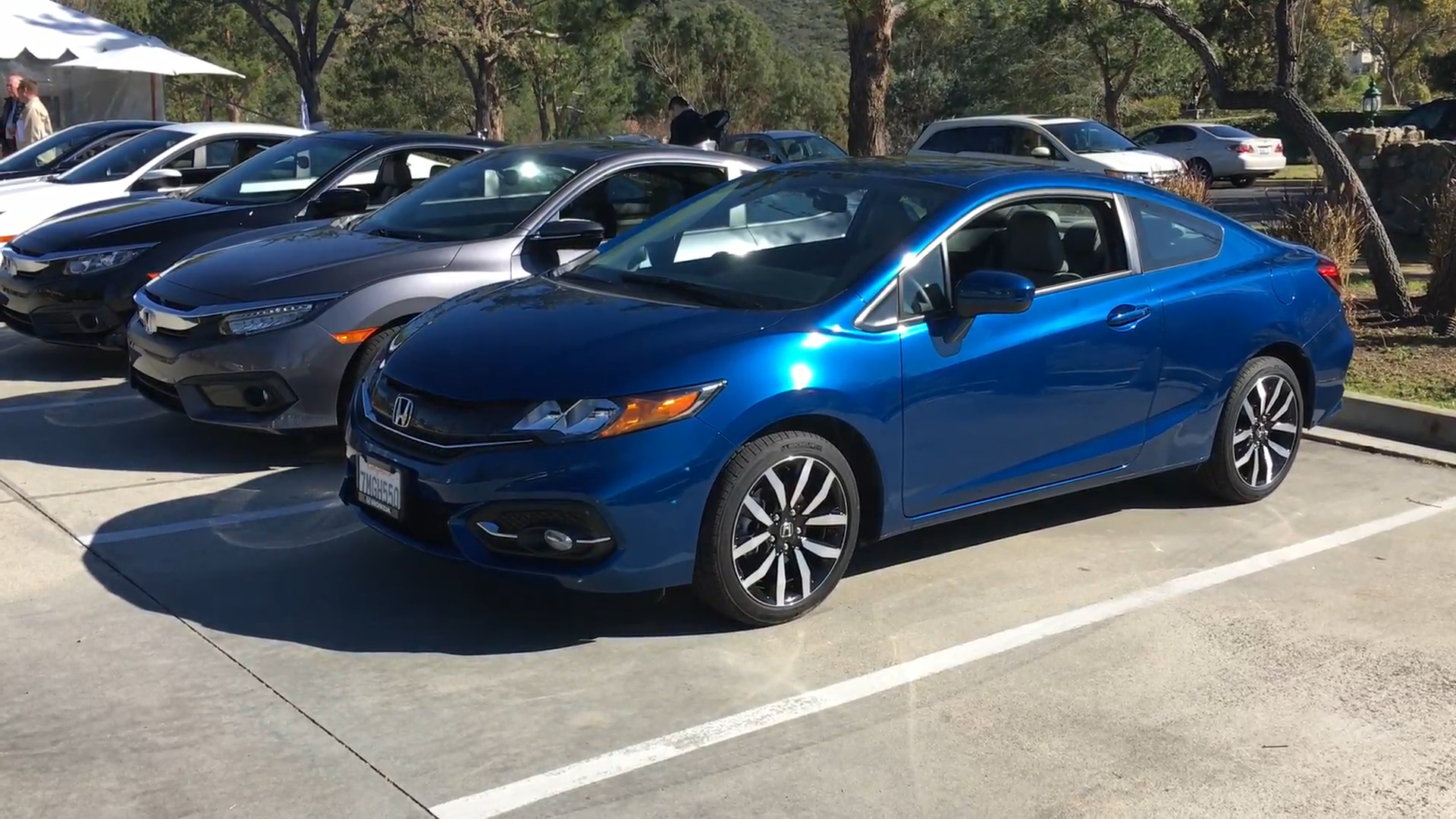