P/1046 was the first in a line of Ford GT40s to beat Ferrari at the iconic endurance race. After 20 months of work, the restoration of P/1046, the 1966 Ford GT40 that won the 24 Hours of Le Mans is complete. We covered the exhaustive process a few months back, but now that things are complete, it's worth taking a look at the finished car. It is, after all, the first Ford to beat Ferrari at Le Mans.

Starting in December 2014, Rare Drive and RK Motors invested nearly 4,000 man hours working on this car, poring over "thousands of period images" of the iconic racer to guarantee an overhaul that put the mid-engine monster back into its original race condition. Where the team couldn't source original parts, Rare and RK fabricated exacting replicas. That meant producing a new windshield, for example. And the exhaust, unevenly spaced at the back, just like it was in 1966? Also built from scratch. And that number two? It's hand painted – the team arrived at the track and had to add the digit in a rush. Rare and RK even claim they copied the number's paint drips.

And now, the car has made its triumphant return to Le Mans on the 50th anniversary of its 1-2-3 race win over Ferrari. It's fitting that P/1046's return comes as its successor, the new, turbocharged Ford GT, sits atop the pole for its class. There are even two GTs ahead of the next closest Ferrari. No doubt Hank the Deuce is smiling. 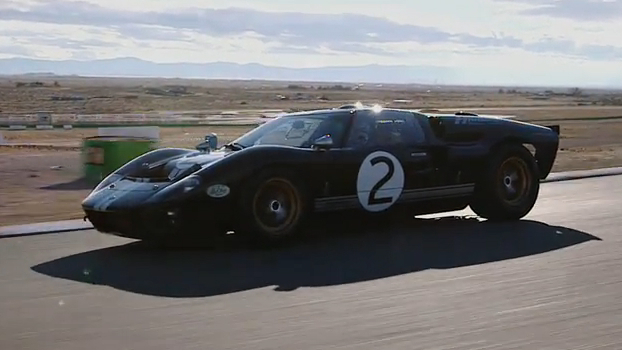