Sir Alec Issigonis, designer of the 1959 Mini, would probably find Mini's new Vision Next 100 concept amusing. The original Mini was largely an exercise in efficient packaging and clever engineering. That it was handsome, and became iconic, was more a product of its wild success than an intentional product of its exterior styling. While the Mini concept is undoubtedly cleverly packaged, it's almost purely a styling exercise, no matter what sort of futuristic connected/autonomous functionality Mini says it'll have.

Mini doesn't seem able to move past the Mini as a caricature of itself. The heavy, floating roof, the vestigial round and friendly "headlamps", the oversized gauge pod. This seems very German, the inability to communicate essential brand attributes without using cliches.

Mini is in a styling rut, trying to evolve the same basic styling language with each new generation, stretching it over larger hard points. The Vision Next 100 program would have been a great time to communicate to the public that Mini is more than just styling tropes: it's an attitude, a way of thinking, a connectedness to the driver. More than a badge or bug-eyed headlights.

To its credit, the interior is massively decluttered. That's in part to the rear-engine layout, but more on that in a follow-up piece. The comparatively vast footwell and ultra-minimalist dash pair well with the giant windscreen. It feels light, airy, and authentic to the ideals of the originally Mini in terms of space efficiency, without being overly sentimental.

Futurism is a thankless profession, and we can't take this concept literally as a vision of what the brand will be in 100 years. We can say this: it doesn't seem that Mini will be able to transcend the styling tropes that currently define Mini. Let's hope they find a way out of their rut. 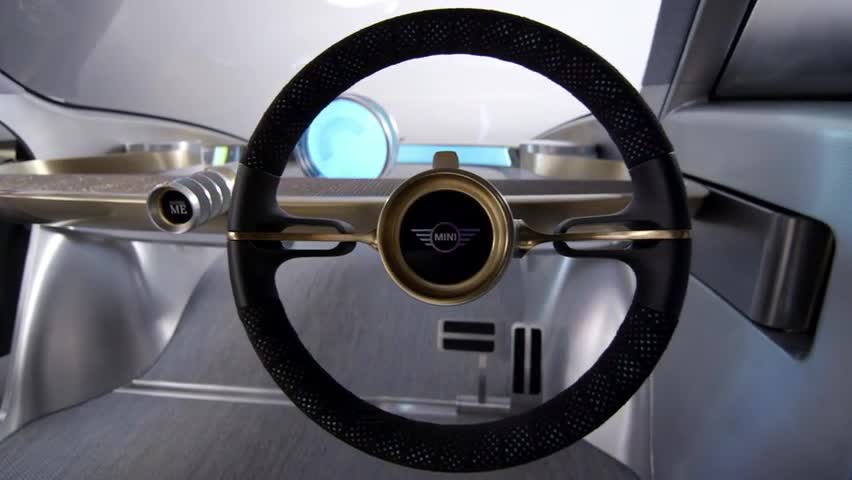