The all-electric Tesla Model S will race with lighter batteries from Go Puck.

Danny King
For the first time, a Tesla Model S will enter the Broadmoor Pikes Peak International Hill Climb in Colorado. An electric Tesla Model S P90D will be driven by Blake Fuller, founder/CEO of Go Puck, which makes wearable battery packs in the race, which celebrates its 100th anniversary this year. The event will take place June 26.

Fuller, who also runs Braille Battery, is using the opportunity to promote the batteries he's making to modify the electric sedan, according to Carscoops. Go Puck has developed a battery pack that's 80 percent lighter than Tesla's. The range will likely be far shorter, but since the race is only 12.4 miles long, it shouldn't be a problem. Of course, with 4,725 vertical feet and 156 turns to reach the 14,115-foot summit of, the battery will still be challenged on the way up. Pikes Peak history buffs will remember that a Tesla Roadster did race two years ago. Go Puck didn't immediately respond to a request for more information about this year's race.

Last year, Rhys Millen became the first racer to win the hill climb with an all-electric vehicle. In 2015, Millen set an electric-vehicle record in the race with a time of 9:07.222. A Rimac-engineered e-Runner EV finished about 25 seconds behind Millen's little beast of a racer. The all-time record for Pikes Peak for any vehicle was set in 2013 by Sebastian Loeb, who finished the climb in 8:13.878.

This year's race features four other competitors driving electric vehicles. Millen returns with an eO PP100, while Rick Knoop, Nobuhiro Tajima, and Tetsuya Yamano will also be competing with EVs. For a full list of this year's Pikes Peak competitors, take a look here. 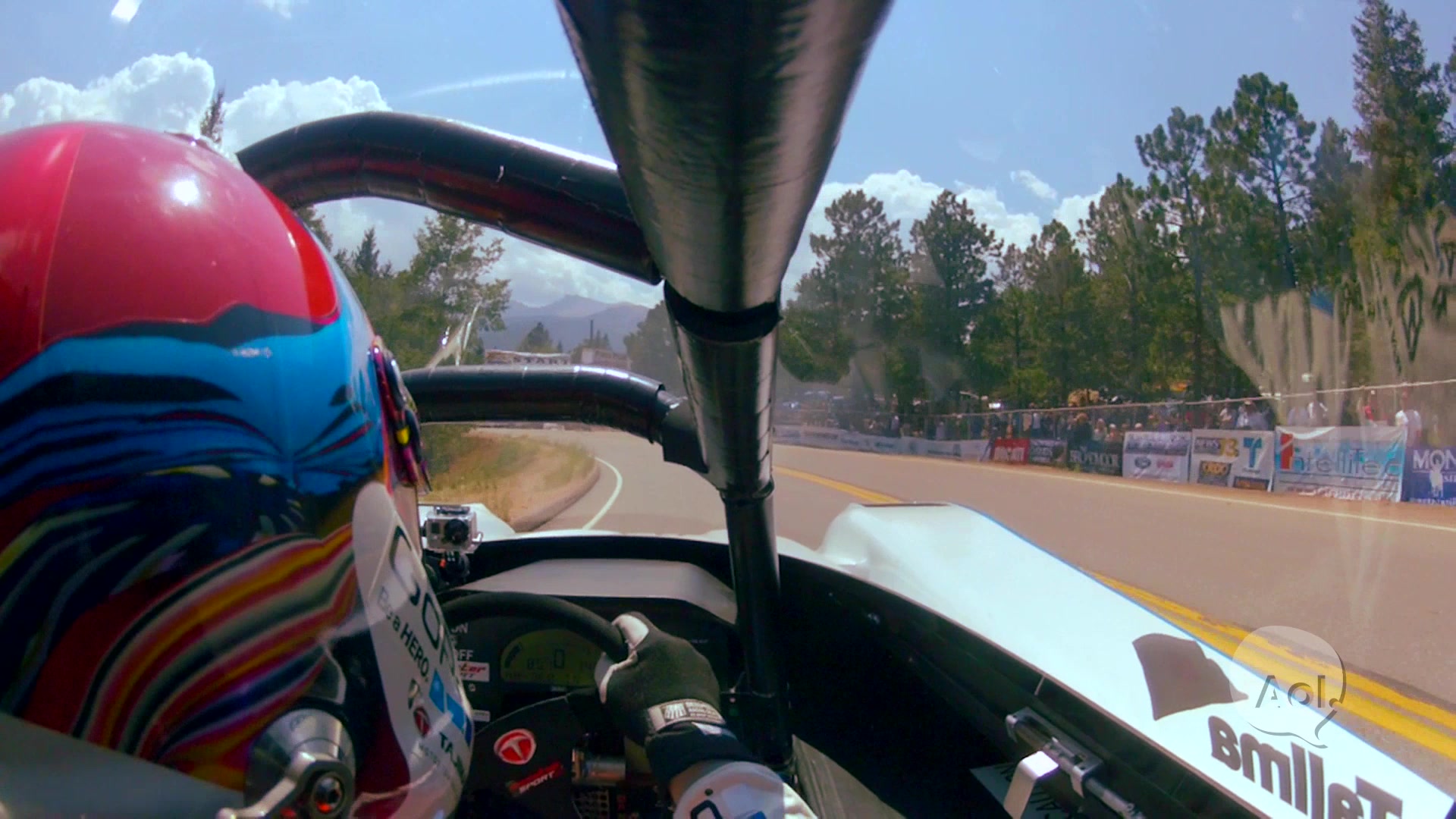