Pete Bigelow
The number of fatal crashes involving drivers who had recently used marijuana doubled in Washington after the state legalized the drug, according to new research. But the impact of impaired drivers on the state's roads remains unknown.

Those are the conclusions from a pair of new studies conducted by the AAA Foundation for Traffic Safety. More than anything, the organization's dual findings illustrate the complexity of determining impairment in marijuana-using drivers and, more broadly, how difficult it is to measure the scope of stoned driving.

With at least 20 states considering marijuana legalization this year, the studies' findings heighten concerns about drugged driving spreading across a nation already grappling with a historic rise in traffic fatalities, but they also show early approaches in trying to legislate solutions might be wrong-headed.

"It's simply not possible today to determine whether a driver is impaired based solely on the amount of the drug in their body." – Marshall Doney


While increases in blood-alcohol content correlate with decreases in driving abilities, there's no such correlation with THC, the active component of marijuana, in the bloodstream. AAA says there is no scientific evidence that drivers perform more poorly behind the wheel at a certain level of marijuana use. As a result, arbitrary thresholds "could result in unsafe motorists going free and others being wrongfully convicted for impaired driving."

The AAA studies are the latest in a growing body of research that shows Americans should be concerned about stoned driving, but that quantifying both risks and solutions is a confusing process.

Washington became one of the two states to legalize marijuana when its citizens approved a ballot initiative in November 2012. As part of that initiative, voters approved a per se limit of 5 nanograms of THC per milliliter of blood, a measure modeled after laws that set a .08 blood-alcohol concentration for alcohol. Researchers say they know marijuana can cause impairment; they're just not sure how to measure that.

"There is understandably a strong desire by both lawmakers and the public to create legal limits for marijuana impairment in the same manner we do with alcohol," said Marshall Doney, AAA's president and CEO. "In this case of marijuana, this approach is flawed and not supported by scientific research. It's simply not possible today to determine whether a driver is impaired based solely on the amount of the drug in their body." 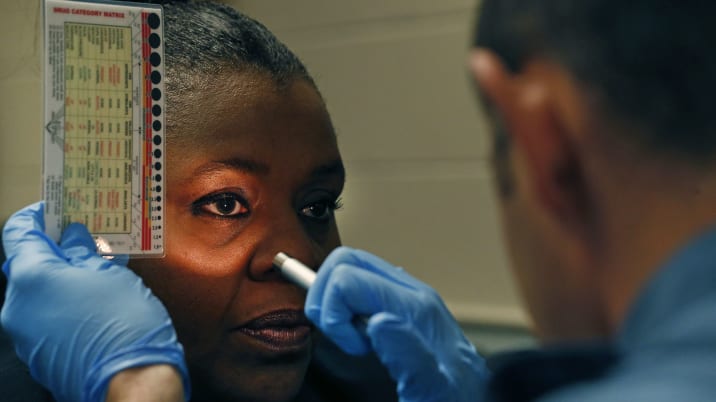 That inability makes it difficult to determine the level of concern the numbers from the first study – the one that found the number of fatal crashes that involved drivers who recently used marijuana doubled – should cause.

That percentage increased from 8 percent in 2013 to 17 percent in 2014. In terms of numbers, AAA estimates fatalities involving drivers who had recently used marijuana jumped from 52 in 2013 to 115 in 2014. But it's conceivable that simply reflects more people using the drug since it was legalized, and AAA researchers stop short of saying that marijuana had caused an increase in fatalities.

"There is understandably a strong desire by both lawmakers and the public to create legal limits for marijuana impairment in the same manner we do with alcohol." – Marshall Doney


Indeed, an increase in the overall number of fatal crashes in the state reflects broader increases seen across the country. In 2012 – the year before marijuana was legalized – there were 409 fatal crashes on Washington roads, according to Insurance Institute for Highway Safety data. That number dipped in 2013, the first year of legalization, to 402 fatal crashes. It jumped to 429 in 2014, the same year federal officials began noticing an uptick in traffic fatalities that continues today across the country.

At the same time, drivers in Washington and elsewhere have been logging more miles on the road. The number of deaths in the state per 100 million miles traveled increased from 0.78 in 2012 to 0.80 in 2014, a small increase, but Washington nonetheless remains among the safest states to drive in throughout the US.

Four states, including Alaska, Colorado, Oregon, and Washington, have legalized the recreational use of marijuana. Twenty more have legalized it for medicinal purposes. Like Washington, Montana has approved a 5-nanogram limit for drivers. Nevada and Ohio have set a limit of 2 nanograms per milliliter. Twelve states forbid the presence of any marijuana.

Rather than relying on these thresholds, AAA is urging states to use more comprehensive enforcement measures. It suggests a two-pronged system that requires a positive test for marijuana use and then behavioral evidence of driver impairment.

"Marijuana can affect driver safety by impairing vehicle control and judgment," Doney said. "States need consistent strong and fair enforcement measures to ensure that the increased use of marijuana does not impact road safety."