The Lamborghini Trumpventador is gonna be huge

Some voters may choose to declare their support for their favorite candidate with bumper stickers, while others keep their preferences more private (or at least off of the surface of their cars). And then there's this Lamborghini Aventador. No matter how you feel about the 2016 election, can we all agree that a candidate-themed car is a bad idea?

This (hopefully) one-of-a-kind Lambo began as a 691-horsepower Aventador. It now features a special wrap prepared by the folks at Superior Auto Design and emblazoned with Donald Trump's likeness and slogans. Star-spangled in red, white, and blue, this Aventador features The Donald's face on the nose and phrases like "you're fired!", "Trump Train" and "Make American GR8 Again!" all over the bodywork.

Now if it strikes you as a little odd declaring one's support for Trump on a Lamborghini and not, say, a Jeep Wrangler, you may not be alone. The GOP front-runner has, railed against manufacturing automobiles abroad and repeatedly lambasted Ford for its factories in Mexico. Lamborghinis are, of course, built in Italy. But then again, Trump has owned at least one Lambo himself over the years.

The Trumpventador is slated to take part in the 2016 Gold Rush Rally that's scheduled to leave Boston on May 13 and end in LA on the 21st, with stops in Washington, Charlotte, Nashville, Colorado Springs, Salt Lake City, and Las Vegas in between. So keep your eyes open if you're in one of those cities and want to catch a glimpse, or keep 'em shut if you don't. 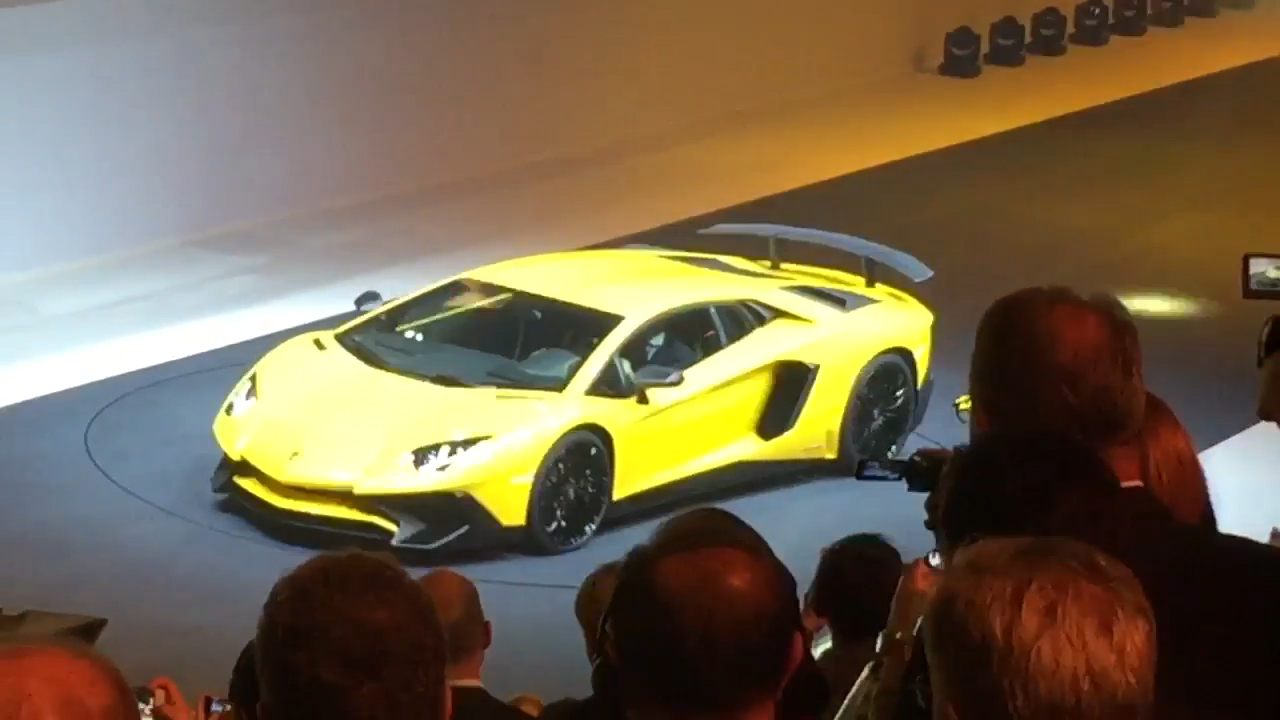