David Gluckman
A basic rule of engine design states that the displacement of a cylinder is equal to the engine's total displacement divided by its cylinder count. Honda, according to a recently surfaced Japanese patent, is looking to break that rule with an engine containing cylinders of different sizes. We've done our best to translate it from patent-ese.

The idea is that different-sized combustion chambers give more flexibility when any combination of cylinders are deactivated, or rested. Because the different numbers can be combined in various ways, it provides more and smaller increments than would an engine with equal-displacement cylinders. Take a 2.0-liter four-cylinder, for example. Following the golden displacement rule, each of the four cylinders has a volume of 500 cc, giving displacement increments of 500 cc when any cylinder is deactivated. But suppose instead that the four cylinders displace 300, 425, 600, and 675 cc, respectively. This would give the engine 15 available displacements instead of just four, and the spacing between each option would be far less than 500cc.

As a result, those different virtual displacements would provide more adjustment between power and efficiency than a cylinder-deactivation system can on a conventional engine. Honda's patent describes cylinders with equal bore size, with the displacement from cylinder to cylinder varying based on the crank throw radius – the longer the throw, the longer the stroke and the larger the displacement of that particular combustion chamber.

The patent describes how the cylinder sizes would need to be arranged to spread the load on the crankshaft and presumably limit vibration that would be introduced by the different pulse magnitudes. If we're interpreting things correctly, the largest cylinder (the one with the longest crank throw radius) sits in the middle of the bank with the smaller ones alternating on either side as they decrease in displacement.

This concept is described for multi-cylinder inline and V-type engines of various sizes. The patent was filed in March of 2014 and published in January of this year. Whether or not this arrangement will reach production is of course unknown, but the advantages in terms of both efficiency and power seem promising. 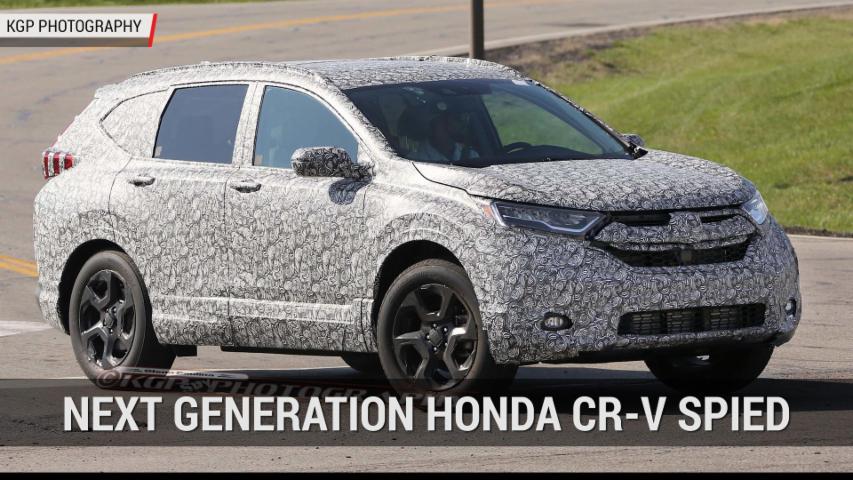