Luftgekühlt is an incredible car show for air-cooled Porsches Air-cooled Porsches: Three lousy words and four lousy syllables. String them together and you get an expensive, emotive cocktail. If you've always wanted to own one, you know that truth, as prices of vintage 356s, 911s, and even 914s have risen steadily and then recently, skyrocketed.

That change in the economics of cars once considered workhorses has altered the zeitgeist around what Porsche means to different generations of fans. Back in the day, Porsche didn't strive to be as expensive or as untouchable as Ferrari's metal. As a result, you typically find Porsche owners able — and willing — to twist wrenches on their machines. For one thing, air-cooled cars from Zuffenhausen were relatively easy to maintain and drive in all four seasons. 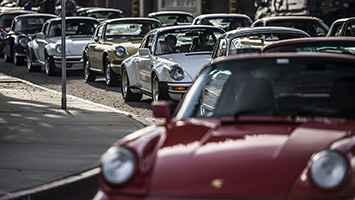 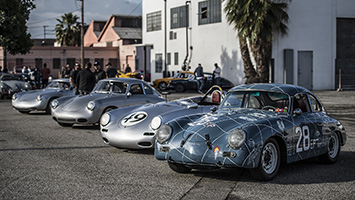 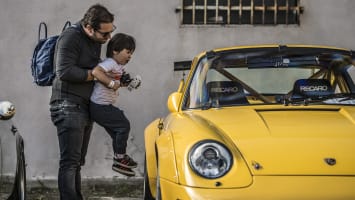 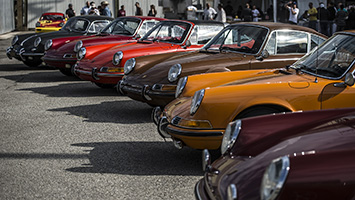 But when cars become collectibles, the scene around them changes, and Porsche FIA World Endurance Championship racer Patrick Long and his longtime pal, designer Howie Idelson, were, as Long put it, sick of meets "at golf courses where you have to worry if your shoes match your pants." Long mixes fine in that world. He's the only American on Porsche's factory team and he's won in everything from ALMS to GT to Baja. That tends to put your loafers at plenty of tony cocktail parties.

But Long and Idelson, both SoCal natives who met as kids racing karts, wanted to make something of the air-cooled Porsche car culture, not of the collecting culture. Hence the birth, less than three years ago, of Luftgeku ̈ hlt. "It's literally 'air-cooled' in German but has that nerdish, Instagram picture-trading offshoot of a kind of Porsche cult," Long says, noting he's less interested in defining the brand that now sells t-shirts and posters and more interested in keeping things loose.

"We had cars with original paint from guys who work their hands 'til they're bloody and we had 200 of the most collectible cars."

As such, he was still floored by the recently convened Luftgekühlt 3, the third party he and Idelson have put on and by far the largest. It was held in the shadow of the L.A. skyline at the headquarters of Modernica furniture. More than 400 air-cooled Porsches and their owners convened. The location was no afterthought. "We wanted people to come for the cars and then be blown away by the venue: It has to be interesting. It has to attract different kinds of people."

To spur that, Long doesn't adhere to the strict fealty of precision that's a default at most collector rallies. "If you want it to be interactive, you need to tell the complete story of air-cooled cars. Not on a timeline, but as subcultures. So you don't want to lock anybody out if they don't have a 'numbers correct' Porsche. We had cars with original paint from guys who work their hands 'til they're bloody and we had 200 of the most collectible cars." Long says that by 6:30 a.m. they were re-jiggering how they would fit all the cars and people, and that that was fine, too. He and Idelson had originally planned curated indoor and outdoor spaces but in the end it was more important to be welcoming, especially since some drivers had come from as far as the East Coast. 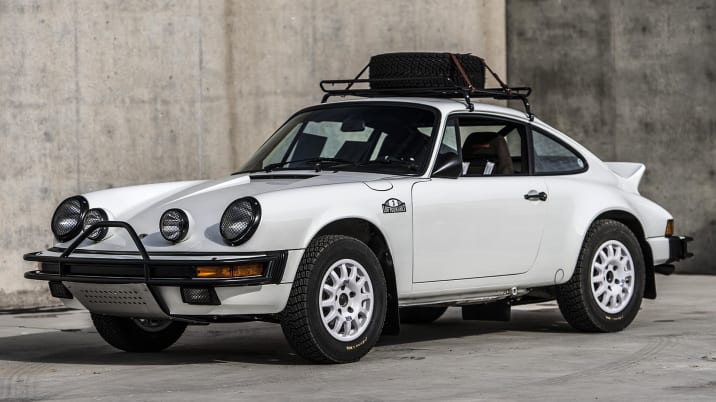 Yes, there were iconic Porsches there — Jerry Seinfeld's 904 Carrera GTS, a 934 from the Matsuda collection, Jeff Zwart's 1948 356 Gmünd Coupe, and Don Murray's 914-6. But Long is most proud of the fact that the project #LUFTAUTO custom rally-style car was sold for a whopping $275,000 by RM Auctions, with all proceeds benefiting the Autumn Leaves Project, a charity that funds pancreatic cancer research.

Long says the car came together incredibly quickly, with the build starting in late January. "It was a really clean car, but it was important that we had something drivable every day [and] that it could work for racing, so we had to get both the compliance and wheel travel right." That led them to Joey Seely at E-Motion Engineering.

"Joey was a lead mechanic on one of my teams," Long says, "and he was someone who was willing to live with the car with our aggressive timeline."

Long says one lesson he learned was on wheels and tires. "We wanted a rally-specific wheel, but Braid wheels explained that you have to start with the tires. [We] really wanted a tire that could be driven daily but that could go and compete in rally, and Braid said it was much harder to get the right tire if we'd already specced a wheel." That led them to a Pirelli P-Zero Rally rubber, and then to the right Braid wheels. (The entire build sheet is here.) 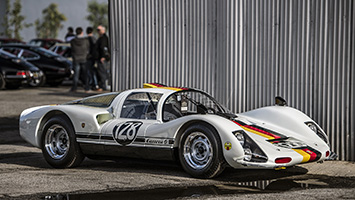 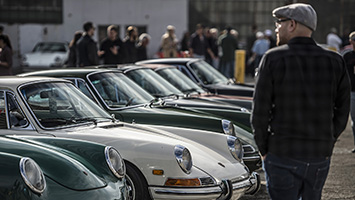 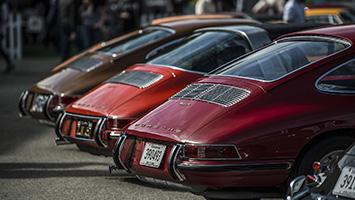 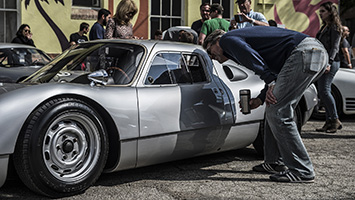 As for Luftgekühlt 4, Long says no matter what it, has to feel right, not corporate. "The venue leads our decisions. It's crazy to start over every year, but it's a journey meeting with chambers of commerce and getting feedback. In the end we're trying to keep our principles at the forefront," said Long.

"We're creating something where our wives didn't feel like they got dragged to another car show, where we came for the cars then were amazed by the people we met."