We have a soft spot for retro racing liveries – especially when they're applied to road-legal supercars. Like a Porsche 918 Spyder with Martini racing stripes, a Ford GT in Gulf blue and orange, or this latest Ferrari 488 GTB unveiled in Paris.

The Tailor Made department in Maranello prepared this one-of-a-kind 488 in tribute to the 308 GTB that Jean Claude Andruet drove to victory twice in the Tour de France Automobile – in 1981 and '82 – only a few years before the event was discontinued. It was one of the most iconic of Ferrari racing liveries (aside from the classic rosso corsa of course) and is beautifully reinterpreted for that car's modern successor.

Commissioned by Charles Pozzi, the same Paris dealer that campaigned the original decades ago, the turbocharged retro smurf was unveiled yesterday at the Grand Palais. It marked the start of the Tour Auto Optic 2000, a French rally.

Paris, 18th April 2016 – What better setting than the Grand Palais in Paris for the GTC4Lusso, Ferrari's latest creation, to make its debut on French soil? The new Prancing horse V12 four-seater, four wheel drive with rear-wheel steering, was a magnet for the over 200 journalists who attended the premiere this afternoon on the opening day of the Tour Auto Optic 2000 rally.

The GTC4Lusso will be also the star attraction at a gala cocktail in the evening for over four hundred guests who will have the opportunity to see this superb example of a unique mix of benchmark sports car performance, all-weather versatility and sublime elegance.

This very important "rendez-vous" is also the occasion for Ferrari to present a unique version of its 488 GTB. In association with its Parisian dealer Charles Pozzi, the very exclusive Tailor Made program imagined a car which pays homage to the 308 Gr4 Pioneer driven by Jean Claude Andruet and two times winner of the Tour de France Auto in 1981 and 1982. The body of this unique 488 GTB use the same colors codes of its mythique sister: the blue and the white. The rims are in matt Gold with Black Matt calipers.

The interiors are also mostly inspired by the 308 Gr4 with a modern reinterpretation of the traditional red seats made in red historic fabric. Lather and mat carbon with the use of Alcantara and black mat carbon are use for the cockpit. The floor is in Grigio Corsa mat aluminum.

After this traditional rendez vous in the Grand Palais, the first leg of the Tour Auto will get under way on Tuesday morning for a five-day rally over 4 circuits and 9 stages on closed roads), with the journey coming to an end in Cannes on Saturday the 23rd of April. Ferrari will be posting regular updates on the event on its web sites and social media pages. 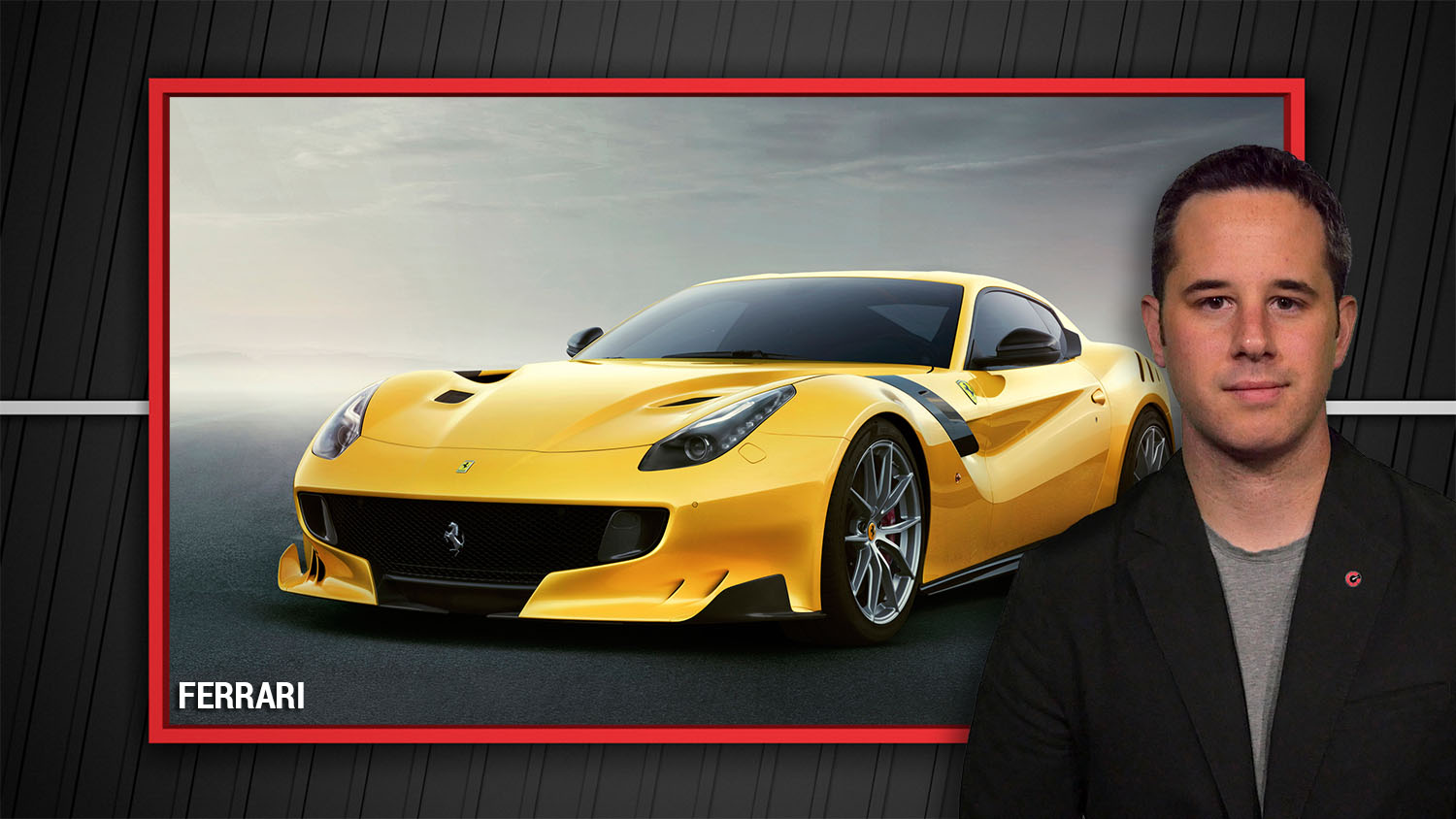