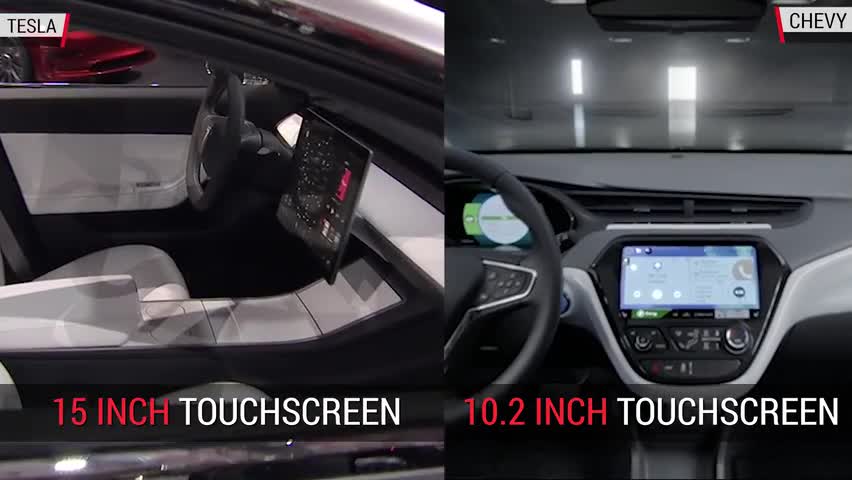 A 30-second comparison of the Tesla Model 3 and the Chevy Bolt. Eddie Sabatini reports on this edition of Autoblog Minute.
Show full video transcript text
[00:00:00] Two highly anticipated Electric Vehicles have debuted in 2016. The Chevy Bolt was shown in January while Tesla revealed the Model 3 just last week. Right now based on what Tesla has shared about the least expensive Model 3, both cars look similar on paper, in price, range, and performance. The Model 3 won't be available until at least late 2017. General Motors, on the other hand, says the Bolt will hit dealers in late 2016, but we'll have to wait and see what demand will be like for its new EV. For Autoblog, I'm Eddie Sabatini.

Autoblog Minute is a short-form video news series reporting on all things automotive. Each segment offers a quick and clear picture of what's happening in the automotive industry from the perspective of Autoblog's expert editorial staff, auto executives, and industry professionals.
X