It's been awhile since we've heard from Inrix, the company that uses OpenStreetMap and its own traffic analysis to guide you via GPS. It also supplies connected car tech to Lexus, Mercedes-Benz, Porsche and other automakers. The company just completely redesigned its iOS and Android Traffic apps, adding machine learning features, calendar integration and more. While there are tons of such apps to choose from, Inrix's app is geared toward frequent drivers who do routine trips where they often battle traffic. 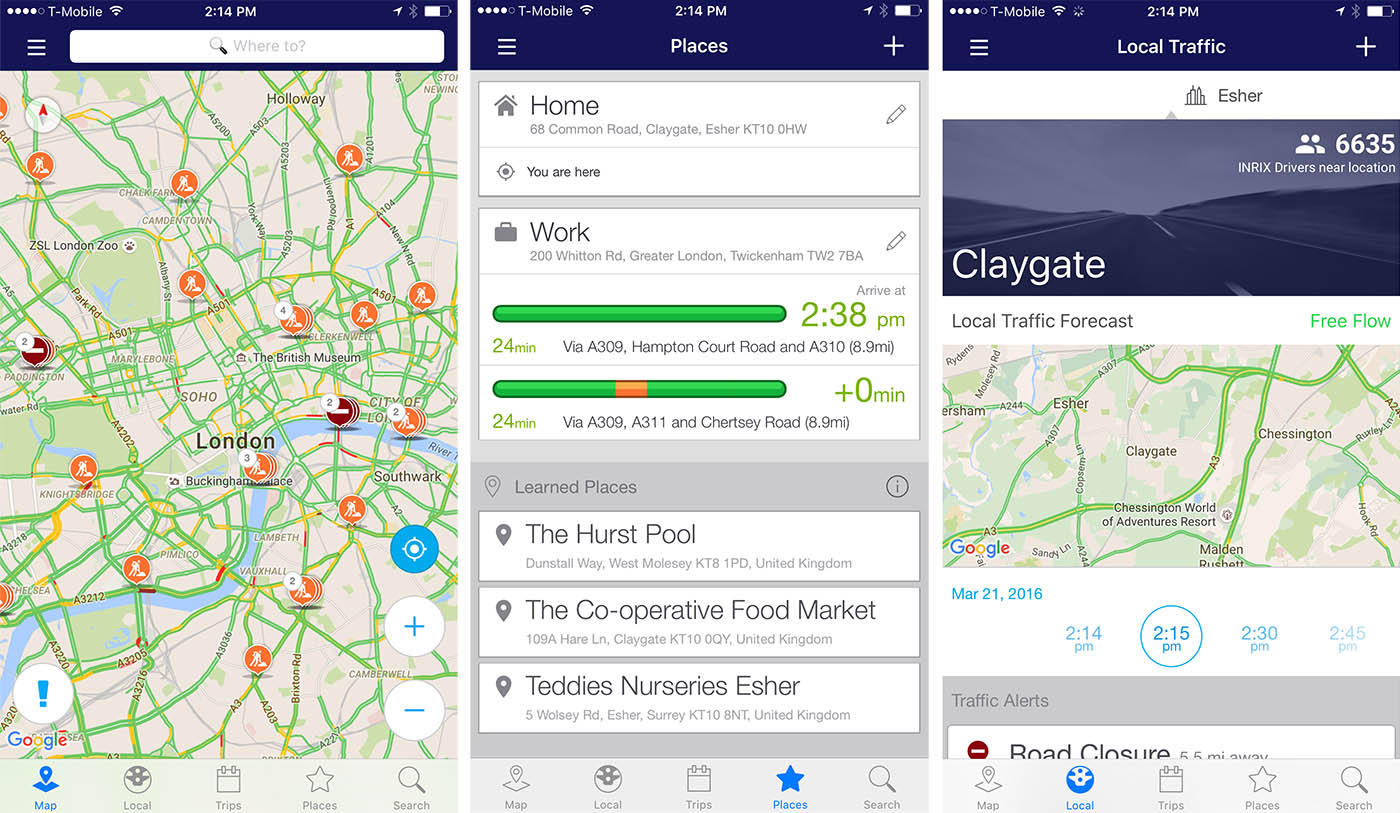 The most interesting new feature for version 6.0 is a cloud-based AI system called Autotelligent that learns your driving habits to figure out preferred routes and anticipate trips. The app analyzes your driving patterns and checks calendar information to add events to your itinerary. Once it figures out when and where you need to go, it can analyze the traffic based on data from 275 million users. From that, it can suggest the ideal departure hour, adjust arrival times and give you options if you need to make a detour or pick up food, gas or electricity.

The app is proactive, letting users report accidents, police activity and road hazards. You can also send map feedback about closed routes and other traffic problems directly from the app. While a premium version of the app used to cost $25, it's now available for free on iOS or Android.