Oh, and it has gullwing doors.

Greg Migliore
The Lincoln Navigator's demise has been greatly exaggerated, and nearly 20 years after it first revolutionized the luxury segment, a new generation of the iconic sport-utility vehicle will again point the way forward for the brand.

Previewed by a concept at the New York Auto Show, the new Navigator will hit showrooms next year joining the much-anticipated Continental sedan as Lincoln's twin flagships. The concept is "a very strong" hint of what the production Navigator will look like, Lincoln president Kumar Galhotra said.

He's referring to the general appearance of the tall concept, which is confident, creased, and a bit reminiscent of a Range Rover. There are huge wheels, lots of chrome, and "Navigator" spelled out in blocked capital letters over the fender vents. It runs a 3.5-liter EcoBoost V6 making 400 horsepower and will ride on a new chassis, though Galhotra wouldn't offer more details.

Oh, and it has gullwing doors. The crowd audibly oohed and aahed when that feature was demonstrated at a preview event in New York, but those are purely for show. They won't be on the production model, Galhotra said, and they're meant to demonstrate the spacious cabin. "The nature of the vehicle is very important ... and it's a great way to showcase that interior," he said.

The inside of the concept is an interesting place. It has a rear cargo area that doubles as a closet, complete with shelves that make up a wardrobe management system, and there's a rail running down the middle of the passenger area. A multi-level running board cascades forward when the gullwing doors open, and the six seats are adjustable 30 ways. There are also wifi-equipped touchscreen monitors mounted in the seat backs.

Inside and out, the Navigator carries a nautical vibe. It's covered in a soft shade of blue paint, while the interior has blue leather and teak accents.

The Navigator concept features some of Ford's semi-autonomous technology, including pre-collision assist with pedestrian detection. The radar-and-camera-based system will look for obstacles in the vehicle's path, warn the driver, and then brake if needed. It also has a 360-degree camera and lane-keeping assist. Look for all of this on the production model.

Launched in 1997, the Navigator is one of the original all-American large luxury SUVs – the Cadillac Escalade didn't arrive until 1999. The Navigator received a refresh for the 2015 model year, but has largely languished as Lincoln refreshed and expanded the rest of its lineup. Lincoln sales are up 19 percent this year, but the Navigator has slipped 6.8 percent. Now Lincoln has decided it's time to remake one of its icons. "It is our most-recognized nameplate," Galhotra said. With gullwing doors, dramatic styling, and an elegant interior, the Navigator will also likely be one of the most talked-about vehicles at the New York show. 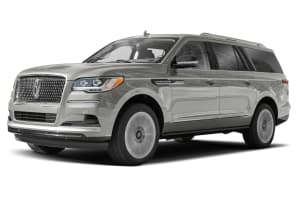 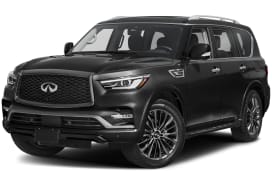