VW produces its last Phaeton at the Transparent Factory After 14 years, Volkswagen has officially discontinued production of the Phaeton. But the cancelation of the large sedan doesn't just spell the end of a single model line. It leaves an entire factory – and a rather exceptional one at that – without anything more to build. So the German automaker is repurposing it as a showcase for its latest technologies.

The VW Phaeton was first introduced back in 2002 as a rival to the likes of the Mercedes S-Class, BMW 7 Series, and Audi A8 – albeit without the badge clout that typically comes with a luxury sedan at that level. It's been offered with everything from a humble V6 to a 6.0-liter W12 and 5.0-liter V10 TDI, and was treated to several facelifts along the way to keep it fresh. But the Phaeton never quite caught on. So while VW is introducing a new Phideon sedan to succeed it, that will be sold exclusively in China. The final Phaeton rolled off the line decked out in black and equipped with a 4.2-liter V8 at the Transparent Factory.

Unfortunately that leaves the showpiece facility in Dresden with nothing left to produce. Designed to showcase automobile production, the Transparent Factory has served as much a visitor center as it has an assembly plant. It opened in 2002 and has handled assembly of both the Phaeton and its platform-mate until production of the Bentley Continental Flying Spur was moved back to England. Another model line may yet be moved in, but with the Phaeton now discontinued, the facility will close its doors to the public on March 29 for a ten-day remodeling process that will see it reconfigured to showcase the company's progress in the fields of "electromobility and digitalization."
Show full PR text
Transparent Factory to be realigned: showcase for electromobility and digitalization to be developed

The Transparent Factory ("Gläserne Manufaktur") is to be realigned: Volkswagen's Dresden location will open a new Volkswagen brand showcase for electromobility and digitalization on April 8. Visitors will be able to experience the future of mobility at close quarters in a playful, interactive and informative way. From March 29, the Transparent Factory will be closed for 10 days for modifications.

Today, production of the Phaeton luxury model ended after 14 years. Employees posed for a photo with the last vehicle manufactured – a black Phaeton.

"Our D-class employees in Zwickau and Dresden have demonstrated outstanding manufacturing expertise with the Phaeton over the past 14 years. This know-how is also well known and highly valued at other facilities of the Volkswagen Brand and the Group," said Prof. Dr. Siegfried Fiebig, Speaker of the Management Board of Volkswagen Sachsen GmbH.

The Dresden location's Works Council Chairman Thomas Aehlig emphasized: "The production of the highest-quality vehicles should be resumed here under the eyes of customers and visitors in the near future. This is what the workforce and this unique facility deserve. Until then, the deployment of our colleagues to other locations will call for considerable flexibility."

The Boards of Management of the Volkswagen Group and Brand and the General Works Council are committed to the continuation of the Transparent Factory. Work is already in progress on the realignment. The jobs of the permanent workforce are secure. About 100 employees will continue to work in Dresden. The other 400 employees will mainly be assigned to Zwickau or to other Group locations.

From beginning of April, the Transparent Factory will remain open for events as well as for vehicle delivery and preparation following the modifications. 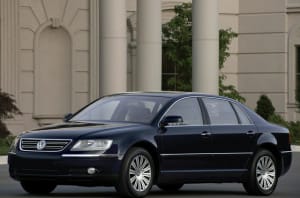