In the wake of Scion, who will dare to be 'different?'

Adam Krentzman
When Scion launched in 2003, it brought the promise of something "different" – affordable, unique vehicles for the North American market. For a while, Scion delivered on that promise. The "box it came in" xB, the full-glass-roof tC, unconventional marketing, in-dealer "aftermarket" customization options, and no-haggle pricing were Scion specialties. Over the years Scion seemed to lose sight of the original promise, with new product becoming more mainstream and less interesting. By the time the fun-to-drive FR-S arrived, practically all other innovation had left the building, replaced by badge engineering. Sadly Scion is soon to be no more although most of it's current offerings will be rebadged and sold as Toyota's starting in 2017.

Scion's website still claims it has been " different since day one," but with Scion gone, which manufacturer is likely to bring us something affordable, funky, fun, and "different" in the near future? 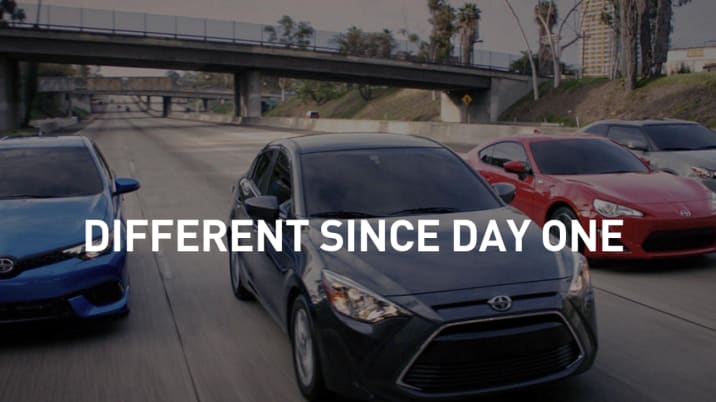 Least likely to bring something "Different" - Ford and VW

Ford Mo Co - This is where the hate mail begins, but if you think about it, the current regime at Ford is about as conservative as you will find. This is not necessarily a criticism, as the cars for the masses approach has worked well for Ford and their stakeholders. But outside of the few hotted up Mustangs, Fiesta's, F150's and Focus, Ford does not veer out of it's volume model zone. I don't see this changing, Ford will continue to sell you a variety of F150's, a Taurus, Fusion or Focus and even a gaggle of SUV's. But Ford will not rock the boat by veering into the niches with unusual affordable US models. When was the last time you saw a not-for-production concept out of Ford?

VW Group - In America Volkswagen can be counted on to bring the conventional. Outside of the New Beetle and EOS convertible, Volkswagen has recently only sold mainstream vehicles. You can buy a Golf (They did go crazy and call it the Rabbit for a bit) Jetta, Passat, Tiguan or Touareg. Nothing in that lineup with the possible exception of the Beetle could be considered an unusual or niche product. The only thing different about the current VW lineup is the unusual names, seriously what was a Routan? 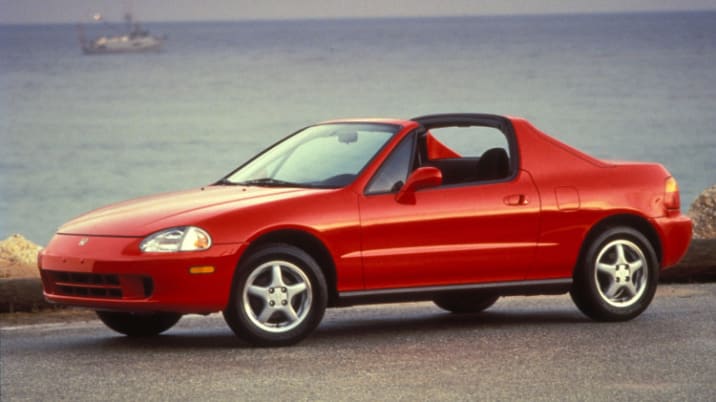 American Honda - This is where it starts to get a little more fun. For every plebian Accord, Civic and CR-V that Honda has sold they have also delivered some truly weird stuff. Perhaps you will recall the Civic Del Sol, the suicide door Element, CR-Z hybrid two seater, the S2000, the unibody pickup Ridgeline, the insight (at least gen 1). Honda can be quite mainstream but you also never quite know what they might just let slip at any time. I hope the imagination tag line leads to something interesting from American Honda in the near future!

GM - Post-financial crisis GM and Pre-financial crisis GM are different companies and it seems as though new GM may have a slightly lower propensity to go weird. While new GM is responsible for the Volt and the Bolt old GM brought us such off the wall weirdos as the HHR and SSR. Consider as well current GM concepts like the Opel GT and the argument for something funky out of GM starts to get a little stronger.

Hyundai/Kia - The South Korean manufacturer is perhaps best known for selling thousands of mainstream Sonata's, Elantra's, Optima's and SUV's. However the Korean's fun and frugal Soul had the Scion demographic squarely in it's sights. Add to the Soul newer debuts such as the recent Ionic, Nero, the asymmetrical Veloster, and the recent Hyundai Design concepts and there seems to be a greater than average chance that something unusual will come this way from Seoul.

Subaru - The last of this group is Subaru, which based on current models might seem better suited to life as a wallflower. It is true that recent Subaru models have remained pretty conventional, with Legacy's, Outback's, Forester's and Impreza's overwhelming the snow-belt. Still there is the sweet handling BRZ (Itself a Scion twin) and you don't have to look too far into the Subaru library to find "different". Do you remember the Legacy pickup which was known as the Baja, or perhaps the Alfa nosed B9-Tribeca? Go a little further back and you will find the SVX and if you go way back you can find such oddities as the BRAT and the XT. If history is allowed to repeat itself we could see some true oddballs from Subaru.

Very likely to bring something "Different" - Toyota and FCA 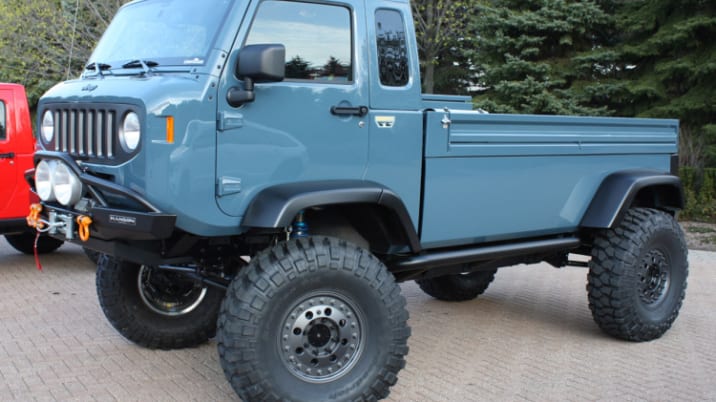 Toyota - It really should not come as a surprise that Scion parent company Toyota finds itself here on our list. Most of the Scion models were rebadged from JDM or European Toyotas and Toyota has a history of bringing some funky yet frugal models to the US. You can still find mid engine MR-2's and MR-S's buzzing around, the recently defunct FJ was a suicide doored, off roading heritage model. Yes for all the millions of Camry's on the road Toyota has also given us some funky and fun cars. The soon to be introduced CH-R Crossover looks like a model that will carry the torch for edgy, different models at Toyota for now, but don't cross out oddities from the Japanese behemoth down the road.

FCA - FCA encompasses a wide range of brands in the US. And while some of those brands serve up bread and butter Half Ton Pickups and 200 sedans, FCA has shown a willingness to go weird. Fiat's mainstay is the minute 500 coupe, however Fiat also offers the Pope chauffeuring 500L with it's elongated styling and the 500X Crossover. Pre-FCA Chrysler had the rather unusual Crossfire coupe and convertible and just introduced the "don't call it a minivan" Pacifica to replace the aging Town and Country. Perhaps the biggest opportunity for an inexpensive oddity comes from the Jeep brand. We already know that Jeep is planning a Wrangler Pickup, the small soft-roader Renegade is already on sale and one look at the lengthy resume of recent Jeep Easter Safari concepts shows that FCA could be one to watch for bizarre bargains in the near future.

Most likely to bring something "Different" - Nissan 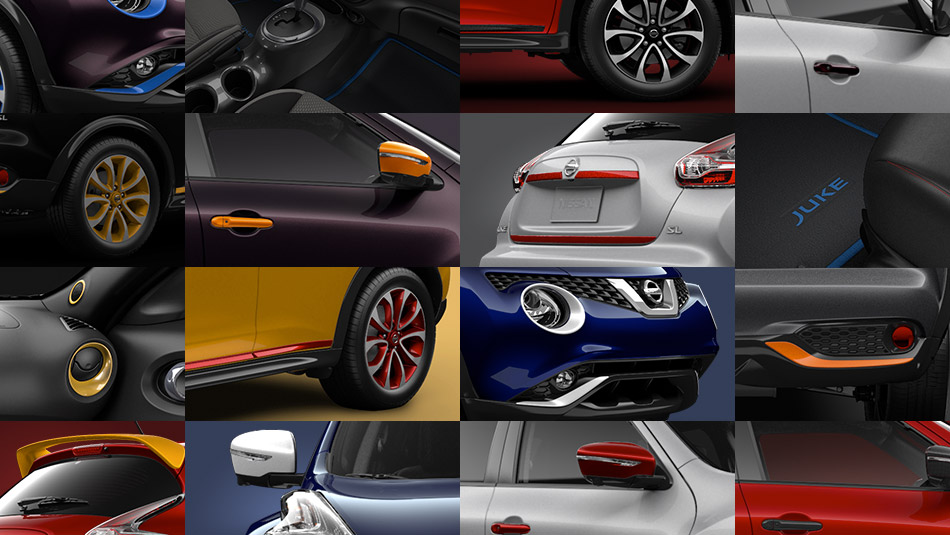 So who is most likely to carry on the legacy of being "different"? That would be Nissan! Nissan might be known as the supplier of Sentras, and the manufacturer of Maximas. However, all those sedans seem to be selling well enough to allow Nissan to slip on their dancing shoes! Consider all of the following evidence. The house of Nissan has recently sent us the assymetrical shag carpeted Cube, the extremely odd Murano Cross Cabriolet, the miniature crossover Juke, and the early adopter electric car Leaf. Nissan continues to sell us the sporty yet quirky 370Z and Z convertible and only recently pulled the plug on the Xterra. Nissan is dipping it's toe into customization of affordable vehicles by allowing buyers of the Juke to choose exterior color accents. Nissan also brings Nismo variations of several of it's models. Whether you look to the past of this manufacturer or the future you can see that it is willing to dance to it's own song. Could we see a rebirth of the 240, perhaps, could we see a development of the Bladeglider, why not. Plus the alliance of Nissan and Renault virtually guarantees that the oddities will continue to come, because France.​
X