Noah Joseph
Colin McRae continued entertaining the fans for years after retiring from competing full-time in the World Rally Championship – though sadly not for enough of them. His last public appearance was at the 2007 Goodwood Festival of Speed, driving the car you see here to the crowd's delight. And now it could be yours.

Though it may look mostly like any ordinary Subaru Impreza WRX STI, this is a full-on S12B rally machine. Petter Solberg drove it for the factory Subaru World Rally Team throughout most of the 2007 World Rally Championship, scoring two podium finishes. That would make it desirable enough as it is, but then McRae drove it up Lord March's front lawn (see the video below) to cement its place in history. It was the last time McRae drove in public before he died in a helicopter crash near his home in Scotland just months later.

The vehicle has since been stripped down to its shell and completely rebuilt to showroom condition. It has only put on a little over 200 miles since the engine was rebuilt, and the clutch was replaced just 50 miles ago. It has new seats and harnesses, fire extinguishers, brake discs and pads, the suspension has been fully rebuilt, the wheels powder-coated afresh.... top-notch, in other words.

C&M Motors out of Omagh, Northern Ireland, has it listed on RallySales.com with an asking price of £159,500 – equivalent to just over $230k at current exchange rates. That would put it in contention as one of the most expensive Subarus we've ever seen, rivaling the $238k which Sports Car Market records as having been paid for another ex-McRae Impreza just this past October. 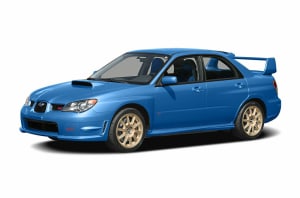