Lotus admits its fancy London shop is a waste of money

Lack Of Spin From Hethel

Simon Rockman
Piccadilly in London is one of the most expensive shopping streets in the world. And right by where they filmed that awesome scene from American Werewolf in London, Lotus has a showroom.

I wandered in last week. Handmade suit, posh watch, smart shoes. But the lack of interest from the sales staff made me think I was wearing a Kimi "Leave me alone I know what I'm doing" T-shirt.

To the cognoscenti it's a bit confused. There is no separation between the Lotus F1 team and Lotus cars. Even though a friend at Lotus F1 once told me that the team has a closer relationship with Microsoft than it does with Lotus Cars.

What makes this especially strange is that the F1 stuff is front and centre: overpriced caps, T-shirts, and team gear, with the cars playing second fiddle. Yet this is a store paid for by Cars. You have to wonder what the shop is going to sell next year when the Enstone F1 team drops the Lotus name to become Renault.

But that is nothing to the wondering you start to do when you speak to the staff. On a previous visit I'd asked about the relationship between Lotus F1 and Lotus Cars, and the sales staff insisted that they were one and the same. A short time after that I spoke to Lotus CEO Jean-Marc Gales at an event where he'd been the guest speaker. He told me that moves were underway to fix the problem and that they would soon have staff in the shop that knew about the cars. 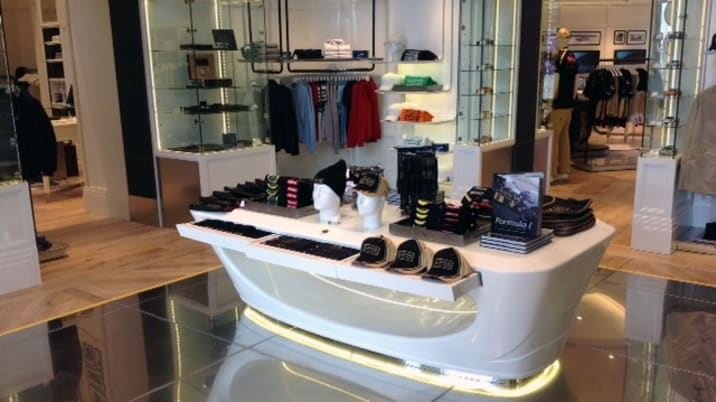 So last week's return visit was depressing. In the back there is an Exige and an Elise. I asked the difference and the girl suggested that we look it up on the internet. She took a business card, I made my excuses and left. Daft really I might not have bought a car but I was seriously tempted by the £20 carbon fibre pen.

My local dealer, Hexagon, called and mailed, but what was really telling, and bloody impressive, was the call from Hethel. I vented my disappointment with the Piccadilly store, and the Lotus man explained. And impressed. Normally you'd get some dreadful company line about how the shop wasn't for people like me, that it was all deliberate to avoid scaring people off and welcome new blood to the brand.

But instead he was honest.

He told me that the shop was a folly. That it was one of Dany Bahar's many expensive ideas. He signed a ten-year lease on the shop at a million pounds a year and they can't afford to run it. They did train up some good people but, as you can't pay people rural Norfolk salaries and expect them to work in Piccadilly, they left.

He said that the company was concentrating on developing new cars and it was better to leave the shop as a lost cause than spend time and money on getting it right. The Lotus man said that the two things the girl in the shop had to recommend her was that she was good at putting people on to him, and that she spoke seven languages. Anyone with a vague interest would be passed through. He suggested that if I wanted to know any more about Lotus or indeed anything about cars, not to bother going into the shop again but to call him. 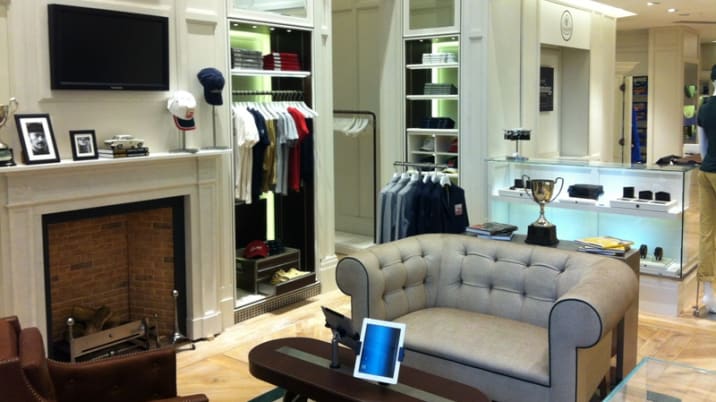 His honesty was refreshing. You hear so much corporate bull, it was good to be told straight that they knew the shop wasn't any good, he didn't make any empty promises to fix it and he re-affirmed my loyalty to the brand.

I'm not sure that doing nothing is the best thing to do with a shop that costs £20,000 ($28,000) a week to run. Perhaps it should be lent, rent-free, to local dealers like Hexagon and Bell & Colvill who could staff it with people who knew that John Player wasn't the name of a driver and that Etna wasn't just a volcano.

I deeply lust after an Evora, I have done since it was code-named Eagle, but have always had a sneaky suspicion that the Lotus Cars which was in my head wasn't the one building the cars. Thanks to one incredibly honest phone call, my faith in the company now matches my love of the brand. I might go back for the pen.
X