Chris Bruce
Kia has a weird marketing strategy to sell the Optima in its Super Bowl commercial titled Walken Closet. The humorous spot stars actor Christopher Walken who appears to live in a closet, and he describes the South Korean brand's midsize sedan as "as the world's most exciting pair of socks." Walken is famous for his unique voice, and he enunciates Kia Optima in this ad like no one else can.

The ad markets the Optima as the midsize sedan for customers who want something more exciting from the segment. According to Walken, other vehicles are like beige socks, but the Kia has "pizzazz." Comparing a vehicle to a pair of socks still doesn't get the heart racing, though.

You can watch a 90-second version of Walken Closet above. Kia will premiere the 60-second cut during the four quarter of the Super Bowl.
Show full PR text
CHRISTOPHER WALKEN ADDS "PIZZAZZ" TO KIA MOTORS' SUPER BOWL COMMERCIAL FOR THE ALL-NEW OPTIMA MIDSIZE SEDAN

Extended cut of "Walken Closet" can be viewed now at YouTube.com/Kia; 60-second broadcast version will debut during the fourth quarter of Super Bowl 50

IRVINE, Calif., February 2, 2016 – There's no one quite like Christopher Walken – he is an original.

And in Kia Motors America's (KMA) 2016 Super Bowl commercial, the Academy Award-winner employs a colorfully stylish sock to demonstrate how the next generation Optima stands out in the midsize sedan segment filled with entries that look and drive the same.

Premiering today on YouTube.com/Kia – and set to air in the fourth quarter of the big game – "Walken Closet" is the centerpiece of Kia's multiplatform campaign spotlighting the all-new 2016 Optima as the vibrant alternative for those searching for more in a vehicle segment whose hallmarks are basic, boring and uninspired. As Walken explains in the spot, "There are two kinds of people in this world. Those who are content to blend in ... then there are those who expect more. They're exciting. They have pizzazz."

"No one is cooler or as instantly recognizable as Christopher Walken, and on advertising's biggest stage Kia is out to show the world the all-new Optima delivers a level of refinement and sophistication unlike anything else in the midsize segment," said Michael Sprague, chief operating officer and EVP, KMA.

Before and after the Super Bowl, the fully integrated campaign – created by David&Goliath, KMA's advertising agency of record – brings the spirit of "Walken Closet" to life across multiple channels and breaks new ground in digital engagement, as Kia is the first brand to utilize a new technology solution from Influential, a Mobile First influencer platform, using IBM Watson to connect brands to some of the most highly engaged influencers on social media.

By tapping into IBM Watson's Personality Insights API, Influential helped Kia select and activate the most relevant social media influencers for the #AddPizzazz campaign. Influential has gone beyond assessing typical metrics (like demographics and social reach) and is now able to analyze unstructured data pulled from an influencers' social media feeds. This technology has enabled Kia to identify influencers based on previously hard-to-measure metrics – like how they are perceived by their followers and how well their specific personality fits the personality of the brand.

In the weeks leading up to the Super Bowl, nearly 100 of these influencers received a pair of the colorful Stance socks featured in "Walken Closet" and were encouraged to share how they "add pizzazz" to their lives on their social media channels. The content was then pulled into Kia's Tumblr page, allowing people to find, connect, create and share additional content. In addition to the individuals Influential identified by personality, social media talent agency, Niche, and lifestyle apparel brand, Stance, also helped identify and engage select influencers.

"2016 marks Kia's seventh straight appearance in the Super Bowl, and each year our goal is to deliver something upbeat, fun and memorable that aligns with Kia's forward-thinking vision," said Sprague. "We are never afraid to challenge conventional thinking and go our own way, and our #AddPizzazz efforts are the latest example of what makes Kia, and the Optima, stand out."

As part of the campaign, beginning on Wednesday, February 3, consumers can download a $25 Visa® pre-paid card test drive voucher at Kia.com that is redeemable after eligible consumers visit a Kia dealership and complete a test drive of the all-new 2016 Optima1.

About the 2016 Kia Optima
The all-new 2016 Optima is passionately designed and obsessively crafted with European styling, a refined premium interior and significant ride and handling improvements. Kia's best-selling nameplate challenges the midsize sedan segment with three engine choices, including a new 1.6-liter turbocharged four-cylinder that's mated to a seven-speed Dual Clutch Transmission (DCT), making the Optima more confident on the road than ever before. The roomier, more luxurious cabin features an impressive level of craftsmanship that comes standard across five trim levels. The all-new Optima is built at Kia's plant in West Point, Georgia.*

About Kia Motors America
Kia Motors America (KMA) is the marketing and distribution arm of Kia Motors Corporation based in Seoul, South Korea. KMA proudly serves as the "Official Automotive Partner" of the NBA and LPGA and set an all-time annual sales record in 2015, surpassing the 600,000 unit mark for the first time in company history. KMA offers a complete line of vehicles, including the rear-drive K900** flagship sedan, Cadenza premium sedan, Sorento CUV, Soul urban passenger vehicle, Soul Electric Vehicle***, Sportage compact CUV, Optima midsize sedan, Optima Hybrid, the Forte compact sedan, Forte5 and Forte Koup, Rio and Rio 5-door subcompacts and the Sedona midsize multi-purpose vehicle, through a network of more than 765 dealers across the United States. Kia's U.S. manufacturing plant in West Point, Georgia, builds the Optima* and Sorento* and is responsible for the creation of more than 15,000 plant and supplier jobs.

Information about KMA and its full vehicle line-up is available at www.kia.com. For media information, including photography, visit www.kiamedia.com. To receive custom email notifications for press releases the moment they are published, subscribe at www.kiamedia.com/us/en/newsalert.

About Influential
Influential is a Mobile First influencer platform with enterprise technology and a patent pending app on the hip pocket of more than 5,000 of the highest engaged influencers on Twitter, Instagram, Facebook, YouTube, Vine, and Snapchat. Influential allows brands and agencies to make a digital media buy on social, via our in-demo impression guarantee, which mirrors traditional or digital media spends. Influential conducts all campaigns through a brand-safe gateway and provides robust recaps via 3rd party analytics partners. Influential works with Fortune 500 brands like Coca-Cola Company, Nestle, Fox, General Mills, and Sony. For more information visit www.influential.co.

About IBM Watson
Watson represents a new era in computing called cognitive computing, where systems understand the world the way humans do: through senses, learning, and experience. Watson continuously learns, gaining in value and knowledge over time, from previous interactions. Watson is open to the world via a developer platform where over 77,000 developers are prototyping and building cloud-based cognitive computing applications using more than 30 Watson services available on the IBM Watson Developer Cloud on Bluemix. With the help of Watson, organizations are leveraging cognitive computing to transform industries, help professionals do their jobs better, and solve important challenges. To advance Watson, IBM has two dedicated business units: Watson, established for the development of cloud-based cognitive computing technologies that commercialize "artificial intelligence," and Watson Health, dedicated to improving the ability of doctors, researchers, insurers and others to surface new data insights and deliver personalized healthcare. For more information on IBM Watson, visit: www.ibm.com/Watson and www.ibm.com/press/Watson.

About Niche
Niche, launched in 2013 and acquired by Twitter in February of 2015, is a network of over 24,000 social media creators. Creators leverage Niche's technology to understand and grow their community across social platforms. And as part of Twitter's Brand Strategy team, Niche executes marketing campaigns across the creator network alongside hundreds of leading brands and advertisers.

About Stance
Embracing "The Uncommon Thread" as its mantra, Stance turned socks into one of the world's most exciting categories in less than five years. Stance's founders saw a category that had been ignored, taken for granted, and dismissed. By breathing life into something that had been overlooked, Stance ignited a movement of art and self-expression that has drawn athletes, performers and iconic cultural influencers to the brand – a group they call the Punks & Poets. And by underpinning its creative roots with a relentless focus on technical innovation, Stance is now found in over 40 countries on the feet of those who dare to be different. Stance is headquartered in San Clemente, California and became the official sock of the NBA starting in the 2015-16 season. For more information visit www.stance.com. 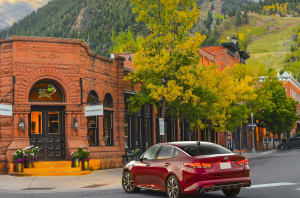