Chris Bruce
The obstacles to bring fully autonomous vehicles to market are being overcome thanks to clever people like University of Nevada, Reno professor Raul Rojas. Driving a tricked out 2010 Volkswagen Passat wagon named Autonomos, he and his team recently completed the longest-ever driverless journey in Mexico by covering 1,500 miles from the border crossing at Nogales to Mexico City, according to Nevada Today.

To make the high-tech trek possible, the VW was packed to the brim with sensors, including laser scanners, cameras, radar, and GPS. Before the journey even got underway, the group had to create a highly detailed, digital map of the route that largely ran along Mexico's Federal Highway 15.

Covering between 250 and 300 miles each day, the drive was largely uneventful, according to Rojas. An unlined stretch of recently repaved highway presented one of the few major hurdles for the autonomous system. Along the way, there was always person in the passenger's seat to monitor the software, and two more people followed behind Autonomos for additional support.

"If a human can drive with two eyes, I am sure that we will be able to drive autonomously with a computer the size of a notebook and just a handful of video cameras in just a few more years," Rojas said to Nevada Today. You can check out some highlights of his record-setting journey in the clip above. 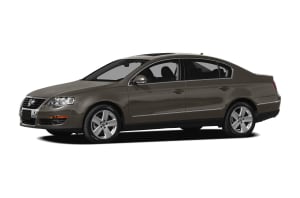