The tumultuous history of the diesel engine

Dan Roth
Volkswagen, diesel's most enthusiastic patron, deceived everyone about the amount of emissions its cars were putting out. We have covered this latest massive automotive scandal in great detail, and there are surely more fascinating revelations to come.

It turns out that this is just the latest episode in the epic story of the controversy and intrigue surrounding the diesel engine, and its inventor. This is the story of the tumultuous birth and interesting evolution of the compression-ignition engine at the center of the VW scandal. 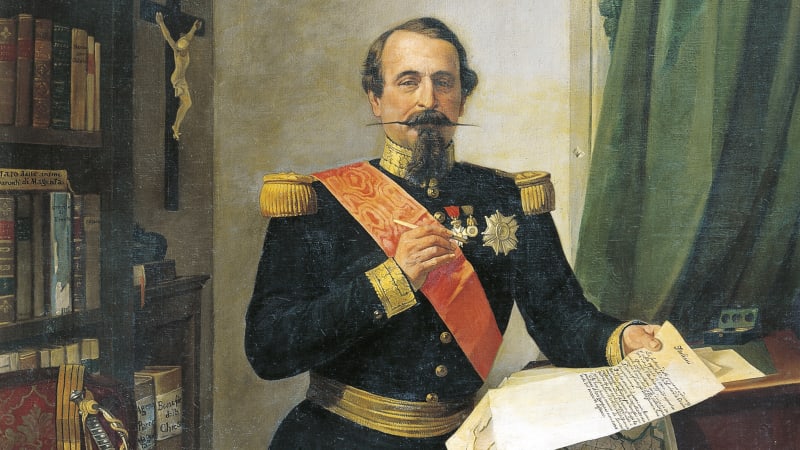 Rudolf Diesel was born in Paris in 1858. His Bavarian parents had settled in France where his father, Theodor, was a leather goods manufacturer. When the French Parliament declared war on Prussia, kicking off the Franco-Prussian war, the Diesels fled to London. When he was 12, Rudolf went to live with his aunt and uncle in the Bavarian university town of Augsburg. It was his parents' hometown, and importantly, it's where Rudolf began studying at the Royal County Trade School. His time in Augsburg, graduating at the top of his class from trade school that laid the groundwork for all that was to come.

Diesel Nearly Blew Himself Up

An early career in refrigeration saw Diesel running R&D in Berlin for Linde, a company started by refrigeration pioneer Carl Von Linde, one of Diesel's professors. His ambition to branch out beyond refrigeration, and his deep understanding of thermodynamics, led to efficiency experiments with steam engines. Diesel was trying to create an engine that didn't waste heat from the combustion process, therefore getting the most work out of the fuel. Instead, he was nearly killed when an experimental ammonia vapor steam engine exploded. Recovery took many months, and during some of that time, he was no doubt planning his next experimental engine, based on the theoretical Carnot cycle. 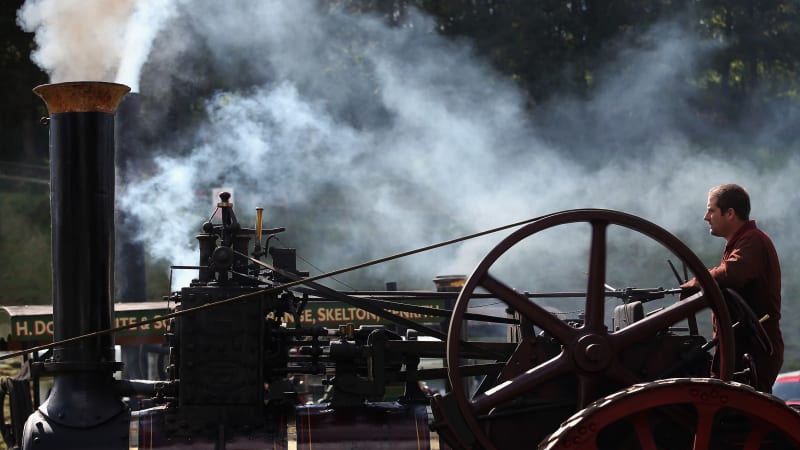 His Engine Was An Attempt To Stick It To The Man

Steam engines were expensive to run and wasteful. Diesel thought the efficiency of his design would be a way for the small business to compete with the dominant industrial giants. It was, and it did, but big business is equally passionate about chasing efficiency. Diesel engines quickly proliferated in industries both grand and cottage.

Rudolf Didn't Really Invent The Diesel As We Know It

Instead, he improved an existing one to a significant degree. The Diesel engine could be considered an evolution of the "hot-bulb" engine. Herbert Akroyd Stuart, working with Richard Hornsby and Sons of England, patented the so-called "heavy-oil engine" in 1890, two years before Diesel was awarded his engine patent. It was a fuel-injected, engine that ran on paraffin oil, a fuel that's quite similar to modern kerosene and diesel. The biggest difference between Diesel's designs and the "hot-bulb" engine is the compression ratio. Diesel used high compression to kick off ignition, while the "hot-bulb" engine initiated the burn by spraying fuel into a red-hot pre-chamber.

In fact, Hornsby engineers had a running high-compression prototype that ignited the fuel solely by compression five years before Diesel's 1897 prototype. The Diesel design was more adaptable, didn't need an external heat source for starting (you have to get that hot bulb heated up, after all), and had superior control over fuel injection timing, among other advantages. 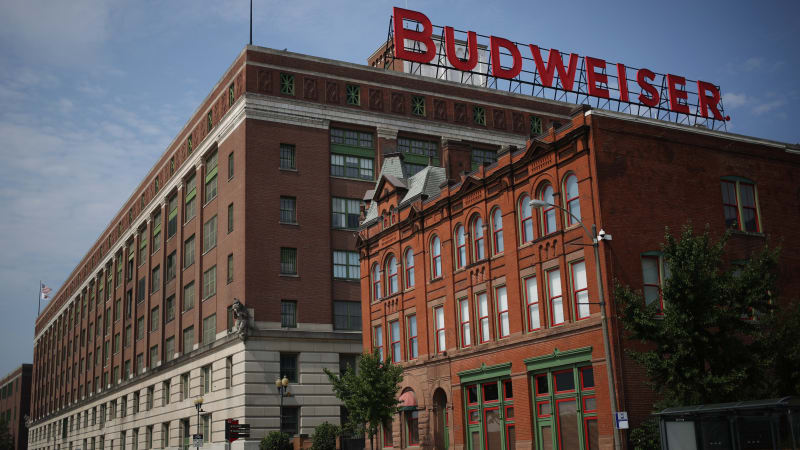 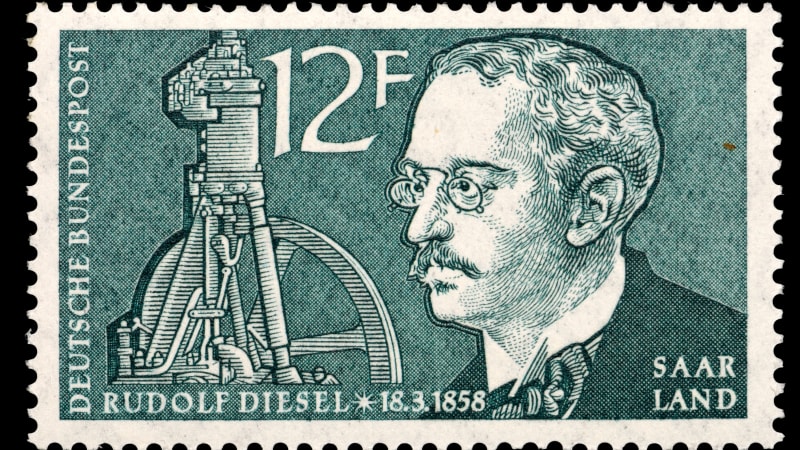 Rudolf Diesel May Have Been Murdered

Though he'd become wealthy through licensing deals, Diesel had essentially lost control of his namesake engine. It was being used by big business, and by 1913, the gears of war were gnashing their terrible teeth. German U-Boats were already using diesel engines when Diesel boarded the ferry Dresden, in Antwerp. He was en-route to a meeting in England to discuss using diesel power for Royal Navy submarines, and he never arrived. So, perhaps he was murdered on the orders of the Kaiser.

But, wait. Just a couple years earlier, Diesel had demonstrated how his engine could be run on peanut oil, freeing users from Big Oil. Another suspect?

Then again, before his final departure, Diesel gave his wife a package he told her to open after a week. It was filled with cash and financial statements showing the near-bankrupt state of the family's finances. After his disappearance, some of Diesel's personal effects were found neatly folded at the rail of the ship. Diesel also had serious misgivings about how his designs had been co-opted. All of these things point to suicide as the most likely cause of his death. 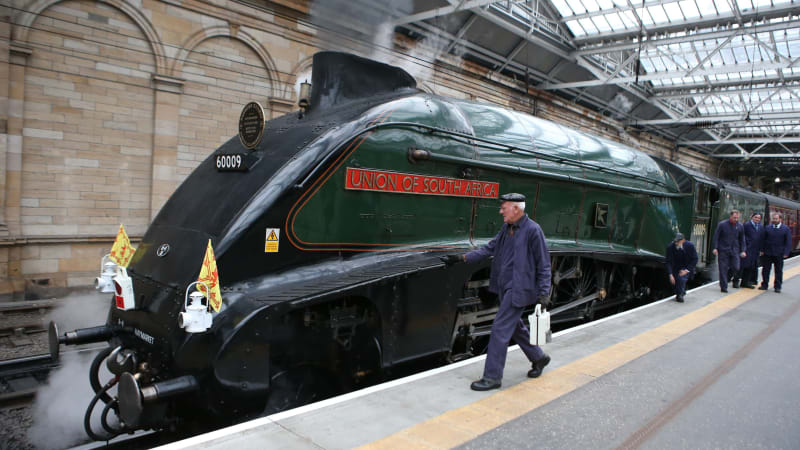 External-combustion is awesome in the ground-shaking sense of the word. By the early 20th century, steam locomotive was fully mature, but took huge workshops to build and maintain, required tremendous upkeep, and piled inefficiency on top of inefficiency. By the 1950s, viable diesel-electric locomotives were quickly replacing their steam-powered forbearers. The romance and visceral rawness of the Age of Steam gave way to the clinical, efficient era of modern railroading. Rampant consolidation and insolvencies followed. Diesel power wasn't the only reason – the new interstates had people driving more, and that helped the trucking industry cut into the railroads, too – but it had a lot to do with the change in the landscape. 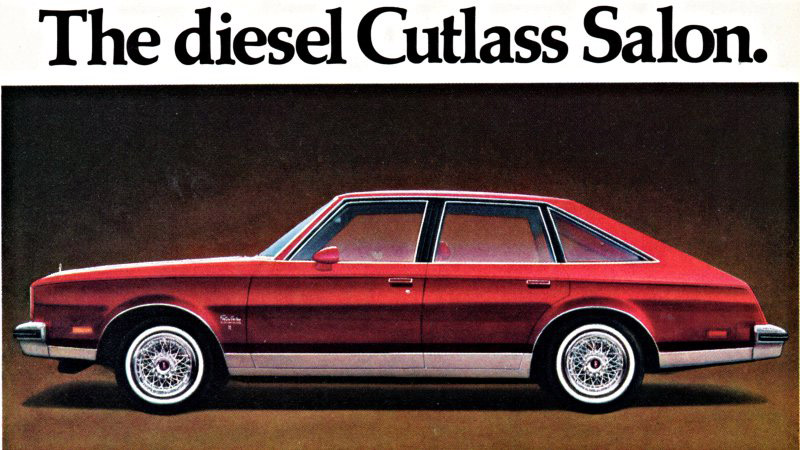 The late 1970s were an era of extreme fuel price volatility and economic upheaval. The Arab oil embargo caused fuel rationing as well as a quantum shift in vehicle design to meet new fuel economy standards. Diesel looked like the perfect replacement for gasoline. Diesel engines achieved tremendous fuel economy. The engines could be smoky and slow, but the tradeoff was said to be increased durability and less need for service. The Volkswagen Rabbit Diesel set the standard, delivering space, 50 percent more efficiency than its gasoline counterpart, and very good road manners compared to its complacent Detroit counterparts. When a second oil crisis struck in 1979, General Motors thought it was ready.

By '79, GM had developed several diesel versions of its gasoline engines. Both the 260 and 350 cubic inch Oldsmobile V8s were retrofitted for compression-ignition. It could have gone well, as initial reception was positive. But there were problems. Head bolts pulled out, water and particles killed injection pumps because bean-counters axed much-needed fuel filters, and people were stuck with dead cars they'd paid a premium for. Lackluster V6 diesels followed up GM's first efforts and didn't help matters, even while the largely reliable 6.2-liter V8 diesel truck engine also debuted in the early 1980s and stuck around for 20 years

It took decades for diesel to shake the reputational smear it acquired during this time. Volkswagen was a big part of the resurgence. By the 1990s, Mercedes and Volkswagen were just about your only choices for diesel cars. Volvo, BMW, and even Toyota had tried and then given up. 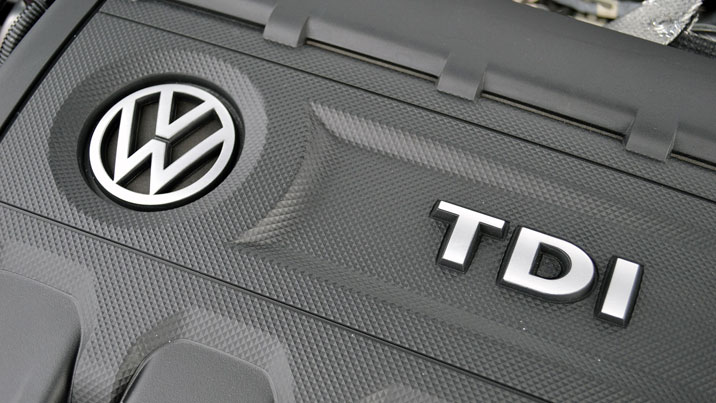 Diesel In The Volkswagen Scandal Era

Volkswagen, the last great hope for mass-market diesel vehicles in America, has set this efficient powerplant back again. Just when more diesel power choices are starting to arrive – the Chevy Cruze and Colorado, Nissan Titan XD, GMC Canyon, and perhaps Mazda's long-promised diesel four – a solid month of negative press centered on emissions malfeasance may sour the public, even if these non- VW diesels are blameless. It's a dark day for Rudolf Diesel's creation, but not yet the end of the story.