Drivers are better off letting cars park themselves

Pete Bigelow
Drivers are steering clear of autonomous parking systems, even as new research shows cars are more adept at parallel parking than humans. A survey of motorists conducted by AAA found nearly 80 percent of American drivers are confident in their parallel-parking abilities and only a quarter of respondents said they'd trust this fledgling technology to park their vehicles.

But drivers are not as good at this driving task as they think. At the same time it surveyed motorists, AAA tested a range of new parking-assist technologies, which are considered on the building blocks on the road toward a future of self-driving cars. All five systems tested performed better in four key areas than human drivers.

"They do a dog-gone good job of parking," said Jon Nielsen, managing director of AAA automotive engineering and repair. "I think I was surprised when I saw how well these cars parked themselves. I'm a control freak myself, but it's interesting they do such a good job. ... The technology is further along than I envisioned."

Compared to test drivers, AAA engineers who manually parked with the aid of a backup camera, the testing found that autonomous parking systems experienced 81 percent fewer curb strikes and used 47 percent fewer maneuvers. They also parked 37 percent closer to the curb and parked 10 percent faster. Such efficiency is important in city driving, where cars searching for parking spots and backing their way into vacant spots account for a disproportionate percentage of traffic and traffic congestion. 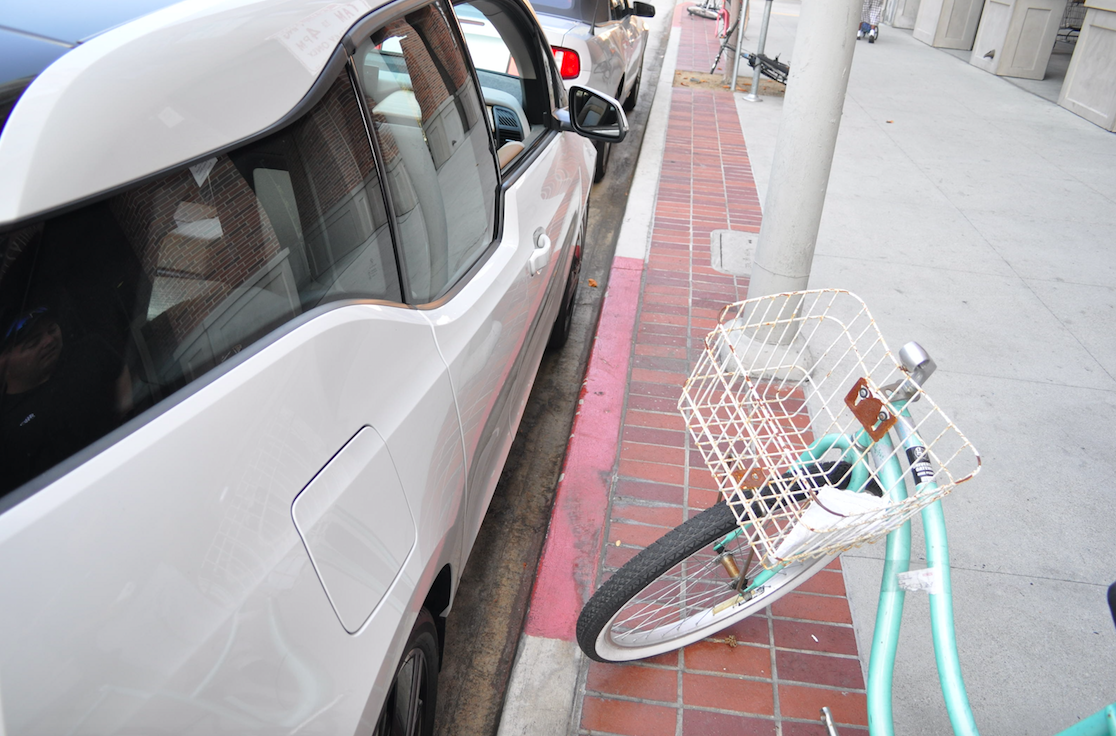 In partnership with the Automobile Club of Southern California's Automotive Research Center, AAA's testing included five cars: the 2015 Lincoln MKC, a 2015 Mercedes-Benz ML400 4Matic, a 2015 Cadillac CTS-V Sport, a 2015 BMW i3 and a 2015 Jeep Cherokee Limited. The cars were chosen because the parking technologies represented a broad range of suppliers, sensors and engineering approaches to autonomous parking.

If engineers have designed autonomous parking systems that already park better than human drivers, their employers and dealerships have some work to do in convincing the driving public to use the technology. Even as automakers rush an influx of semi-autonomous features and connected tech into cars, there's a disconnect with consumers. A recent J.D. Power survey found 20 percent of car owners have never used almost half the new technology features in their cars.

With the autonomous parking in particular, "it requires the leap of faith to let it work once," Nielsen tells Autoblog. "As cars become more technologically advanced, customers have a lot to learn. They need to understand the technology, and how to get the most out of it."

"I think I was surprised when I saw how well these cars parked themselves." - Jon Nielsen

First, they'll need to get past their preconceptions on their own performance. Eighty-six percent of men and 71 percent of women feel confident in their own parking ability, according to AAA, while 72 percent of both distrust the self-parking technology. Drivers have an inflated sense of their own performance behind the wheel, according to eDriving, an online driver education company. Earlier this month, eDriving released results from a survey in which more than 85 percent of motorists considered themselves fairly good or very good drivers. But they're far less likely to extend such praise to their own spouses or other family members.

In the not too distant future, those overconfident attitudes and a reluctance to cede control will run headlong into the autonomous age. AAA conducted the self-parking study as one in a series of tests that are gauging the effectiveness of these technology systems – and motorists' responses to them – as they get closer to widespread adoption.

"We're testing everything from blind-spot monitoring to automatic braking to lane-departure warnings," Nielsen said. "It all builds as we get closer to semi-autonomous and autonomous driving."