A Small Dose Of Big Trucks

Honestly, the trails that rise above Southern California's Rowher Flats aren't much of a challenge. You can still get yourself hurt if you do something stupid, but the trails are mostly hard-packed dirt with some rocks strewn about. No boulder crawling or river forging here. It's a place that's almost beneath the mighty abilities of the AEV Prospector Ram trucks I'm here to drive.

American Expedition Vehicles (AEV) has long been in the business of building seriously capable Jeep Wranglers. Wranglers built for crossing Australia or crawling across the Moab. Wranglers converted into pickups and Wranglers done up in fancy Filson duds. They all have the kind of rugged good looks that project positive sunshine competence vibes about the people who drive one. That's no matter how big a dork the doofus behind the wheel actually is. And now AEV has moved on to modifying and producing parts and complete packages for Ram pickups. Because, why not?

Actually AEV has been twisting on Rams since at least 2013 when it produced a Ram concept truck for that year's SEMA Show in Las Vegas. And what happened in Vegas hasn't stayed in Vegas. 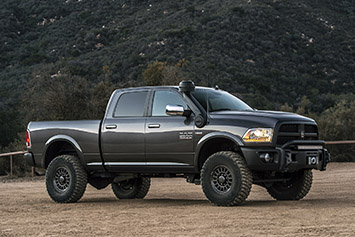 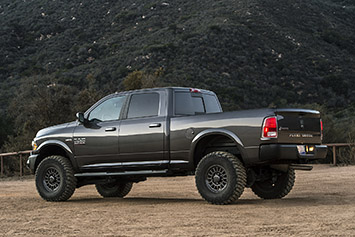 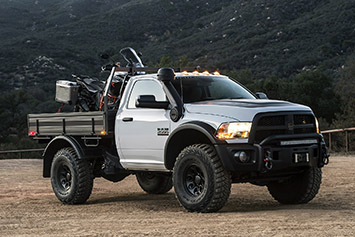 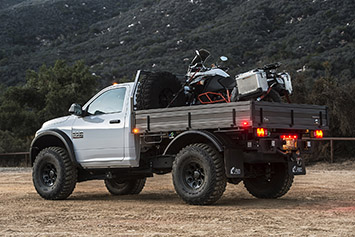 Sitting on the dust at one of the Rowher Flats assembly areas, AEV's two 2015 Ram "Prospectors" look as if they're making the horizon itself cower. It's not like we're going to be scuba diving today, but the snorkels that snake up each truck's right A-pillar are enough to make even the most jaded off-roader slobber in naked desire. These things don't just look great, they look epic – if Homer were around he'd put aside his Iliad to write up this drive.

Reaching back into Dodge truck history – when Dodge trucks were Dodges – AEV has adopted the Prospector name for its modified Rams. Back in the late 1970s and through the 1980s Prospector had been used on various Dodge trim and equipment packages fitted to pickups, vans, and the Ramcharger large SUV. Yes, there were even Prospector packages for the Mitsubishi-made D50 small pickup and the Rampage pickup based on the front-drive Omni. The shovel and pick Prospector logo on the AEV vehicles comes straight from those old Dodges.

The gray Ram 2500 crew cab is riding on 37-inch tall BFGoodrich Mud-Terrain T/As surrounding AEV's 17-inch Salta HD wheels and is powered by Ram's latest 6.4-liter Hemi V8. Rated at 410-horsepower by the factory, the gasoline-burning 6.4 Hemi is almost a throwback to the days before every three-quarter-ton and one-ton pickup owner became obsessed with turbodiesels. 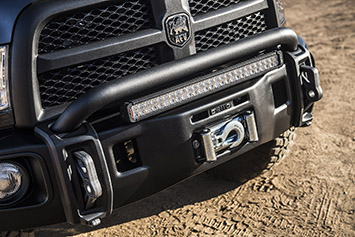 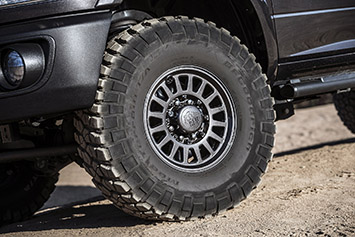 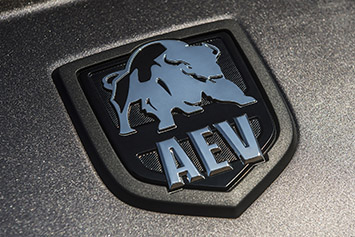 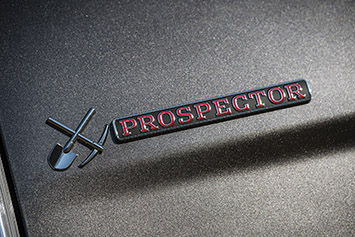 The second truck is white, with a mesmerizing, Aussie-style, all-aluminum, drop-side flatbed. This one is simply a regular-cab Tradesman work drone, fitted with the 6.7-liter Cummins turbodiesel straight-six. Rated at 325 horsepower and a monstrous 750 pound-feet of torque, the Cummins has a cult following of its own. It's sitting on 40-inch tall Goodyear Wrangler MT/Rs on AEV's 17-inch Katla wheels.

(Katla, if you care, is the name of a volcano in Iceland. Salta is a city in Argentina. Wheel trivia.)

It's easy to appreciate the Prospectors from afar, but up close they're even more impressive. The AEV front bumper on each truck is a massive, die-stamped piece of steel four-millimeters thick. This bumper makes the multi-piece bumpers many off-road trucks use look like the welded-up trash they are. The tow loops that emerge from behind the bumper are themselves fantastic castings that extend down to also act as front skid bars. It all looks more battering ram than sheep or goat ram.

To get the big tires under the trucks, each has been lifted using AEV's own components. That includes new shocks and springs and, most importantly, control arm drop brackets that allow the correct steering geometry to be retained. The gray truck had the Prospector package's standard three-inch rise while the white one rose up four inches to clear those big tires. 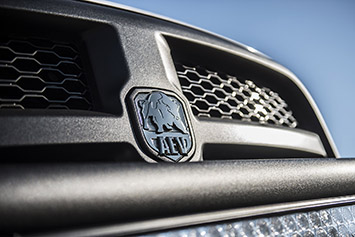 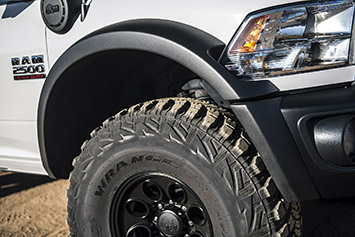 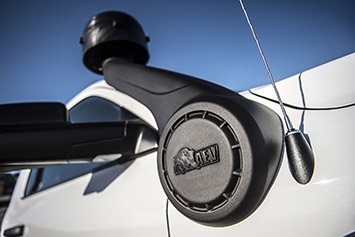 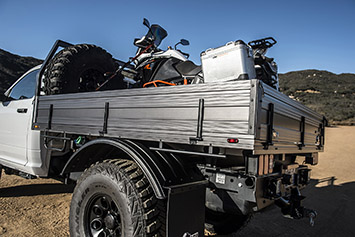 It's a climb to get into either truck's cabin, but AEV added Amp Research side steps to make it easier. And once inside, the view down to the dirt below – you're sitting at least six inches higher than in a standard Ram – isn't intimidating. On tougher terrain where wheel placement is critical a front view camera would fill in the low angle blind spots, but at Rowher it wasn't a problem.

The great achievement of the grey Prospector is how easygoing it drives. The steering still feels precise despite the monster tires and suspension lift, and the Hemi V8 has enough power to keep the truck feeling somewhat nimble. Even going lock-to-lock, the front tires didn't rub and the tail felt planted. On the dusty road that led to the trailhead it was even possible to let the rear sweep out in a modest, well controlled, easily counter-steered drift.

Climbing up the first hill, the Prospector simply hunkered down and did its work. Of course a beat up old Isuzu Trooper could have climbed this hill too, but it's unlikely it would have been so drama-free. And when it came time to turn around at the top, the combination of the Prospector's precise steering and the standard back up camera made it easy despite the narrow road. 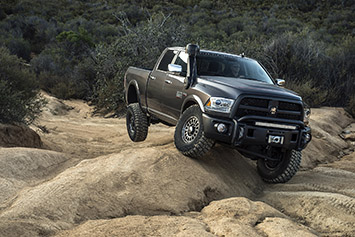 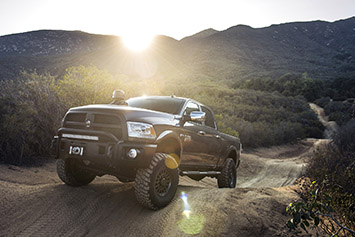 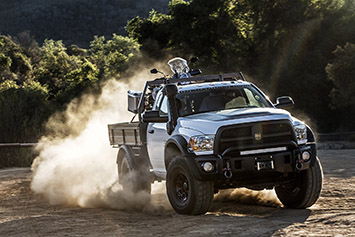 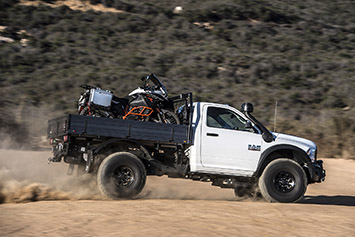 The white truck with its larger tires did everything the gray truck did. So there's that.

It's tempting to oversell the insights that come with limited exposure to a vehicle like this. I didn't even drive on any pavement. But within this restricted, small experience, AEV's Ram Prospector is impressive. And for $13,925 for the basic package it's a tempting addition for anyone with a new Ram 2500 or 3500 4x4 who can stretch out their financing.

AEV's reputation for quality work is something that needs to be tested over a much more challenging journey. Maybe Tierra Del Fuego to Anchorage or circumnavigating the African continent. What's right about these trucks is that they urge you to think up challenges like that. Even if the only trips you ever make are Tarzana to Hollywood on the 101 or circumnavigating the Loop in Chicago.