Autoblog In Cuba: How (not) to rent a car

A Frustrating Look At Scoring Wheels At CubaCar

Seyth Miersma
There are places in which to vacation by way of rest. Sit on a beach, sit on a deck chair, recline in a hammock; sip something cool and sweet and boozy until you've forgotten the world. Rum is recommended.

There are places in which to vacation by way of adventure. Strap on skis, clip in and start climbing, or comb the dark heart of a wild city for a meal you'll never forget. Keep yourself hydrated, bend at the knees, and schedule a rigorous massage before you get on the plane home. Red Bull is recommended.


As a car guy there remained a question: did Cuba offer the world traveler anywhere exciting to drive?

And, in the happily twisted worldview of the car-obsessed (you probably qualify as you're reading Autoblog) there are vacations by way of motoring joy. Wag the Tail of the Dragon, set your baseline time on the Nordschleife, cruise Highway 1 until your tan is downright Californian. Espresso in the morning and Gin cocktails at night are this particular car enthusiast's way of keeping the rubber on the road and the relaxation levels high.

I knew before boarding the plane for Havana that Cuba would qualify for versions of vacation one and two. Canadians, Europeans, and South Americans have been enjoying the poolside rum of the place for decades. Intrepid Americans have risked legal fracture to walk the deteriorating streets and take in the fading, swinging glory of the capitol and country alike. But as a car guy there remained a question: did Cuba offer the world traveler anywhere exciting to drive? There are certainly great potential destinations. Varadero has beaches that one cabbie described to me as "the ultimate, for Cubans." The place is lousy with resort hotels, if that's your thing, and Canadians especially have been feeding future melanomas on the sand there for years. Cayo CoCo is another resort-heavy spot, and Santiago de Cuba offers coastal fun, a historic city center, and, most importantly, its own brand of rum. (I had an 11-year SdC rum that proved a splendid sipper – tweet me if you'd like a full review.)

With endless miles of coastal route, hilly inland sections, very little traffic, and interesting cars to choose from, Cuba seemed to have real potential for great driving roads, too. Turns out that's the tricky part. Even inside the boundaries of Havana, the system of roads I saw ranged from "Detroit in May" to "Dubrovnik 1992," with fissures so vast and comprehensive at points that to call them potholes would be demeaning. Local drivers dodge and spelunk as needed, and I'm confident I could as well, but not without wholly dedicating myself to the task at hand. (See the video below, for a sense of what I'm talking about.)

Roads, be they well maintained or tragically flawed, can only be dealt with if you can lay your hands on a car to drive. As I talked about with the recent story on Cuban taxis, hiring a car and a driver to get you around is both simple, and full of variety. Renting a car to drive myself was more fraught. In fact, I couldn't do it.

Google-ing around the Internet for Cuban car rentals provides results that are somewhat less than confidence inspiring. I knew I'd have a guide in Havana, and I didn't trust what I was finding online (with donkey carts and whatnot... go back and click that link), so I figured the mission of renting a car was best accomplished in Cuba and not in advance. And, as luck would have it, I saw that our hotel was flanked by two car rental agencies as I arrived. Each was a CubaCar location, the state-run rental car agency. Problem solved.


Our hotel was flanked by two car rental agencies. Problem solved. Only, not exactly.

Only, not exactly. A visit to the first office – a dark two-room space that smelled like a few decades of stale cigarette smoke and decorated exclusively with 1990s vintage Hyundai product posters – proved less than helpful. There was nothing like a garage attached to the first location, and the man in charge seem perplexed at the idea that I was trying to rent a car from him. He referred me to the place around the corner.

I spent close to an hour at the second CubaCar, which did in fact have a showroom-like area, and one Geely Emgrand sedan lonely in the back corner. I was politely asked to wait while the manager dealt with a few other customers. One of them – a transplanted German named Manfred who brings European tourists in to Cuba for bicycle tours – had actually used an online reservation service to secure his car. He told me that he rented cars in the country loads of times, and that starting online was ultimately the best route. Even so, while I was standing there I saw Manfred get the news that his car might be available that day, and react as if that was both normal and acceptable. 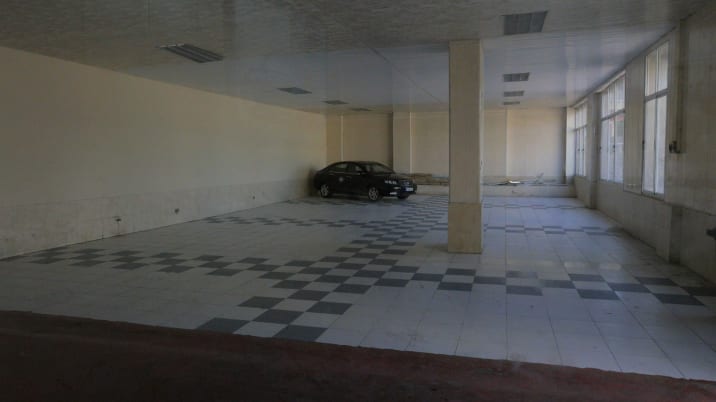 When I finally spoke to the CubaCar office manager, I got the message that would be repeated, almost exactly, a few more times that day. No cars were available right now; there might be a car available at Location X; if I speak with Someone, Someone might have a car available later today... or tomorrow. I tried offices around another one of the big hotels in Havana before I started to get the picture: renting a car to drive myself was going to take time. What's more, it would take an outlay of cash.


Ultimately I did what most 'real' tourists would've done: I hired a car to drive me out of town.

American credit cards are useless in Cuba, at least for now, meaning I had to plan every bit of my weeklong trip (with a three-man crew) in terms of cash on hand. Even if cars had been available, every agency rep I spoke with confirmed that a three-day minimum was standard, as well as a 200 CUC deposit (more that $200), on top of the roughly 100 CUC/day rates. Throwing an extra five-hundo on the old Amex isn't that big a problem for many travelers, but if you're like me, carrying wads of cash abroad is hardly second nature, and a little off-putting.

Perhaps the straw that broke this camel's back was the fact that I was getting offers of taxi rides, from a seemingly endless slew of providers and in a range of interesting vehicles, for reasonable rates just about anywhere I wanted to go. All this while waiting for the rental car people to figure out what they had for me. I had offers of 100 CUC for a drive to Varadero Beach (a four-hour round trip), with the driver waiting to take me back to Havana when I was ready to go. Cubans are problem solvers, and any number of officials, passersby, and outright strangers wanted to help, they just didn't want me to rent and drive their cars.

Ultimately I did what most 'real' tourists would've done to begin with: I hired a car to drive me out of town. A nice kid in a convertible Chevy bid against a dozen driver's trying to get my business, and take me out to Hemingway's old house on the outskirts of town. I'll have more on that car, and that story, soon.

Cuba isn't yet a foreign driver's paradise. Between the complex path to getting a car to drive and the unnerving roadways, the rental route is probably too much of a hassle for all but the most dedicated of driving enthusiasts. Still, the next time I go, I'll do things a bit differently: 1) I'll book a car online. 2) I'll give myself 24-48 hours of leeway to actually take delivery of the car. 3) I will in no way expect the car I ordered to be like the car I ultimately get to drive (hope yours worked out, Manfred). 4.) I will spend some of my three days in Santiago de Cuba, drinking excellent rum and looking at the water.