Show full video transcript text
[00:00:00:00] I'm in a vehicle that really kind of belies the name of this video series, Daily Driver. This is the 2015 Ram Promaster Cargo Van. I'm in the high roof extended length version of it. You can see that it's got an empty cargo bay behind me. It's a little strange because what I'm doing right now is commuting in it, which is definitely not what this van is made to do. The single strongest attribute of the Promaster

[00:00:30:00] package that I found was its maneuverability at low speeds in and around town. That wasn't really something that I expected. I knew from driving the rest of the big vans in this segment. I've been in various Sprinters over the years, although not the brand new one, and I put a lot of miles actually on a Nissan NV. They're all meant to be more nimble than they would seem from their exterior, but the Ram just feels kind of a class above. It turns on a dime. It's really, really easy to

[00:01:00:00] pull up close to a curb or another car and be able to just get in and out of a space with very little room around you. I had no problem getting up to speed with the rest of traffic. Merging and passing aren't really an issue. Sometimes you'll hear her struggle a little bit if you really put your foot in and you're trying to get around somebody, but that's just wind resistance and curb weight man, that's too be expected. Another aspect that I was really impressed with with the Promaster is the 3.6

[00:01:30:00] liter V6 engine, both in terms of its performance and its economy. It's putting out out 280 horsepower, 258 pound-feet of torque. It's a huge van. It's not quick. The cargo area back there is really nice. Not only is it tall enough that I can stand up in it. I mean, this vehicle is close to nine feet overall from the exterior dimensions. Access to the cargo area is just as easy as you would hope for too. You got a big, big sliding door over here. The rear doors open completely

[00:02:00:00] flat so that it's easy to both maneuver and to get stuff in and out, obviously. The load floor is pretty low. Easily accessible. You've got the Uconnect screen with the nicer head unit. It's great. It's got nav. It's actually, if you're going to be doing stuff like anything on the highway or going to strange places, it'd be really helpful to have. Certainly not a plush sound system or anything, but for a van it does feel high end. My biggest problem when I first got into it is that at highway speeds,

[00:02:30:00] doing just a little under 70 right now, that same steering that's so maneuverable around town is really, really busy on the highway. That's in the sweet spot around 70, really no more than 75 miles an hour. I found that if I accelerated much beyond that, the stability issue gets a little big worse. On the highway this is just not a very pleasant vehicle to be in. After driving it for a week, I can definitely say that the Promaster is not the world's best daily driver. I think Ram 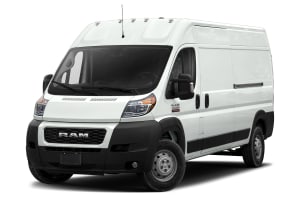 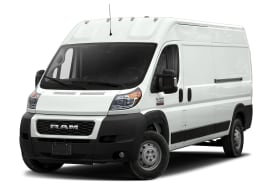 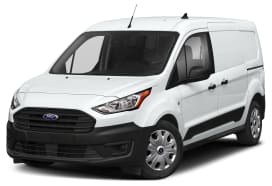 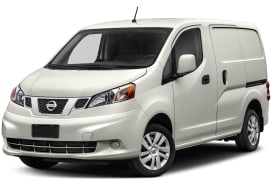