Noah Joseph
Mercedes has confirmed that it will unveil its new GLC crossover on June 17, releasing this preview sketch and a few details to give us an idea of what to expect.

Set to replace the outgoing GLK, the GLC will slot in between the GLA and GLE (née M-Class) in the Silver Star automaker's growing sport-ute lineup. Its nameplate shifts to better align with the C-Class sedan and the SLC roadster that's set to replace the SLK. The crossover's design was previewed in slant-back form as the Concept GLC Coupe in Shanghai a couple of months ago, but as you can see from this sketch, it'll initially come with a more conventional roofline.

With the introduction of the new GLC on June 17th, Mercedes-Benz presents the second generation of its mid-range SUV. The GLC retains its predecessor's outstanding off-road characteristics and combines them with an all-new design. What is more, the GLC takes comfort and agility to a whole new level: With the innovative multi-chamber air suspension AIR BODY CONTROL, unique to the segment, DYNAMIC SELECT and the 4MATIC permanent all-wheel drive, the new GLC is tailor-made for all driving situations on and off the road. State-of-the-art assistance systems and improved energy efficiency further support the new GLC's claim of setting a new benchmark in this segment. Compared to its predecessor, fuel consumption was lowered by up to 19%. 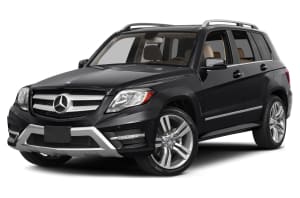