The Honda Crosstour is no more While hardly the most surprising news in the automotive world, it's with sad hearts that we report the passing of any automotive nameplate... even when it's as generally unloved as the Honda Crosstour. In a statement from American Honda, Executive Vice President John Mendel confirms the quirky, sort-of wagon's demise for the 2016 model year.

The Crosstour was introduced in 2010 as a compromise between a crossover and a traditional station wagon. However, unlike the popular Subaru Outback with a similar melding of styles, Honda's was never able to really catch on. Honda America's CEO was disappointed with sales as far back as 2011, and an attempt to make the model look a little more rugged didn't work. In 2014, 11,802 Crosstours were sold, a 29.9-percent drop from the year before.

In its announcement for the vehicle's discontinuation, Honda says the new HR-V should "play a more significant role as a gateway model." The company thinks the crossover segment today has changed from when the Crosstour debuted.

The capacity at the East Liberty Plant in Ohio previously required for Crosstour production will be used for the more popular CR-V, Acura RDX and, as of early 2017, the MDX. Meanwhile, production of the Honda Accord Hybrid will be moved from the Marysville Auto Plant in Ohio to Japan.

Honda's growth strategy in North America is keyed to aligning our product portfolio and related production around the needs of our customers and growth segments in the marketplace. This includes the fortification of our light truck line-up with the recent introduction of a refreshed version of America's best- selling SUV, the CR-V, as well as the all-new 2016 HR-V, a new 2016 Pilot, and the next generation Ridgeline truck, coming to market next year. The strategy also includes strengthening our leading lineup of passenger cars with the introduction this fall of an all-new Civic lineup that will include more variants than ever before, including a new five-door model.

In order to fulfill this customer-focused strategy, we are making several changes to the lineup of vehicles we build in our auto plants in Ohio. Effective with the 2016 model year, we will discontinue production of the Honda Crosstour at the East Liberty Plant in Ohio, also home to the hot-selling Honda CR-V and Acura RDX models, and transfer production of the Accord Hybrid from the Marysville Auto Plant to the Sayama Plant in Japan.

The Crosstour, introduced in 2010, served a positive role in helping the Honda brand target crossover buyers. However, the crossover segment has evolved and we believe the all-new 2016 Honda HR-V launching later this spring will create new value for crossover shoppers and play a more significant role as a gateway model for the Honda brand to drive light truck sales growth. This move will allow the East Liberty Plant to focus on meeting demand for the CR-V and a refreshed 2016 Acura RDX and, as announced last month, expand light truck production in early 2017 with the Acura MDX.

The transfer of the Accord Hybrid from the Marysville Auto Plant (MAP) to Honda's Sayama Plant in Japan, will better optimize our global production capabilities, enabling MAP to focus on its significant role in producing popular models including the Honda Accord Sedan and Coupe and the Acura TLX and ILX performance sedans. ILX production began at MAP in February 2015.

Honda will continue to evolve its customer-focused product strategy in North America by leveraging the flexibility of its production operations in the region. Last year, more than 97 percent of the Honda and Acura vehicles sold in America were produced in North America. 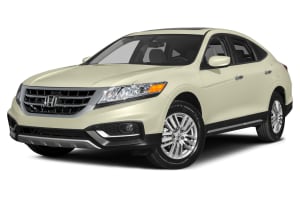