"This is a problem that shows deep and wide issues in their quality-control process." – Sean Kane

Although automakers have issued at least two dozen recalls to address problems with the defective airbags made by global automotive supplier Takata, Sen. Ed Markey (D-Mass.) said the company and a federal regulatory agency haven't moved fast enough to address the problem.

"Every single one of these Takata airbags could be a ticking time bomb," he said during a Senate Commerce Committee hearing.

In a hearing that bore much resemblance to ones earlier this year that probed a General Motors ignition-switch defect, lawmakers Thursday pressed a top Takata executive, the deputy administrator of the National Highway Traffic Safety Administration and others for answers on why it took so long for them to respond to a fatal problem.

At least four people have been killed by the exploding airbags, and several others have been injured. NHTSA closed a probe into the problem in 2009 without taking action. 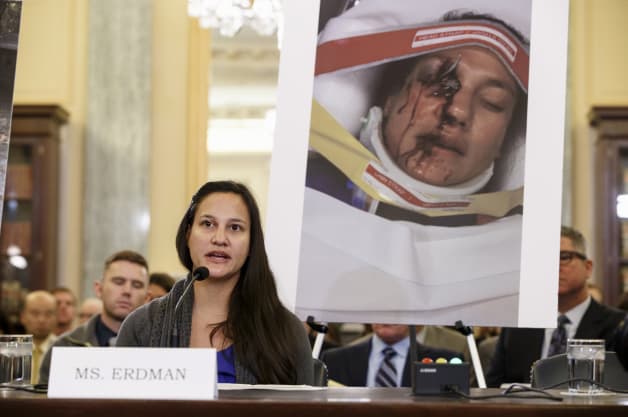 "Who would have thought the very thing meant to protect us in a collision would end up doing the killing instead," said Sen. Jay Rockefeller (D-West Virginia). "Also troubling are Takata's myriad of explanations over the years. Every time an airbag explodes, Takata seemingly comes up with yet another novel theory to explain why its airbags are killing and injuring people."

Hiroshi Shimizu, Takata's senior vice president for global quality assurance, appeared before the committee, but deflected many of the questions posed. He expressed regret for some of the deaths caused by the airbag explosions, but when pressed by senators, he did not accept full responsibility for them.

The evasive answers this morning and the plodding pace of the auto industry's response to safety problems and general spurred a rare show of bipartisan unity on Capitol Hill. Sen. John Thune (R-South Dakota) announced he would introduce legislation this afternoon sponsored by lawmakers on both sides of the aisle that would protect for whistleblowers who report safety threats in the auto industry. The Motor Vehicle Safety Whistleblower Act would provide financial incentives for employees to come forward with allegations of vehicle defects or violation of safety laws. If the information leads to enforcement in excess of $1 million in penalties, the whistleblower would be eligible to share in the penalty collected.


"Every single one of these Takata air bags could be a ticking time bomb." – Sen. Ed Markey

Automakers first began recalling vehicles related to the exploding airbags in 2008, and the rolling recalls have affected cars produced for 2001 model-year vehicles through the 2013 model-year vehicles. Documents show that Honda was aware of the problem as early as 2004. More than 14 million cars have been recalled so far, and lawmakers said Thursday that more are still needed to address the scope of the problem.

Earlier this year, several automakers conducted recalls limited in geographic nature, targeting Takata-equipped cars in high-humidity states. At the time, long-term exposure to humidity to was thought to be a possibly cause of the problem. But in extensive reports, The New York Times revealed many victims lived in states not included in the regional recalls. And as Rockefeller and others noted, the explanations for the problem has changed over the years.

"This is a problem that shows deep and wide issues in their quality-control process," said Sean Kane, founder and president of Safety Research & Strategies. "They've known they had quality-control problems from 2001 right through the 2013 model years, and it involves multiple plants and multiple issues, and you have the same results."

Automakers are struggling to stock enough replacement parts to quickly fix all the cars affected by the recalls. Congress pushed automakers to provide loaner cars for drivers until their airbags are fixed. Sen. Bill Nelson (D-Florida) compared the defective airbags to "a live hand grenade in front of a driver and a passenger," and said it was essential that automakers provide loaner or rental cars if repairs cannot be done on affected cars immediately.

"I think it is absolutely imperative," he said. "... The owners should have a right to expect that the cars they drive are as safe as possible."
X