Tesla will soon put its all-electric Model X crossover on sale, and if it's anywhere near as successful as the brand's four-door sedan the Model S, then it'll be a hell of an attention getter for mainstream automakers. Land Rover isn't waiting for proof of the Model X's success, though.

According to reports, Land Rover could be preparing an all-electric Range Rover. Likely more crossover than full-size SUV, the new vehicle would probably be far more aerodynamic than current models. But the new EV would still take advantage of LR's high-tech aluminum structure, and could potentially be a close relative of the production Jaguar C-X17, according to Autocar.

It seems unlikely that this new Land Rover EV will have the off-road chops of the brand's other models, but that doesn't mean that will be useless on the rough stuff. AC, citing Land Rover design boss Gerry McGovern, claims that a height-adjustable air suspension will allow a low, aerodynamic ride height for high-speed travel while it can easily be transitioned to a higher level for off-road duty.

As for range, AC believes (and we agree) that a successful effort would need to get as close as possible to the Model S' 265-mile EV range.

Autocar is anticipating a price of around 90,000 pounds, equivalent to $144,000, which roughly matches the cost of a UK-market Model S. If the Range Rover EV comes stateside, we'd wager that prices will start under six figures, much like the US-market Tesla. 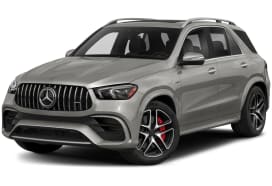