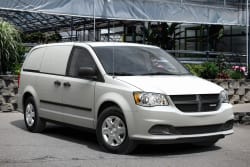 Ram has announced that it will be recalling over 43,000 vehicles as part of a pair of campaigns targeting its two main cargo haulers, the ProMaster and C/V Tradesman.

In the case of its newer offering, the 2014 ProMaster, 21,470 vehicles are being recalled so that Ram dealers can replace the head restraints. The current restraints apparently leave too large of a gap between it and the occupant's head. Of the over 21,000 vans being recalled, nearly 19,000 are in the United States while the remaining 2,500 are in the barren tundra we call Canada.

For the old C/V Tradesman, meanwhile, its recall has been prompted by an investigation into the side-curtain and thorax airbag sensors. It was found that on vehicles lacking rear climate and audio systems in the back, a gap where these components should be could "generate a resonance" that could affect the sensors' operations. 22,115 vehicles are affected, covering model years 2013 through 2015. As with the ProMaster, the vast majority of vehicles are found in the United States, while just under 4,000 are in Canada.

As is typical of recalls, Chrysler will be in touch with owners and will install the replacements and run the software updates free of charge. Scroll down for the press releases on both issues.
Show full PR text
Statement: Software Upgrade
October 7, 2014 , Auburn Hills, Mich. - Chrysler Group is voluntarily recalling an estimated 22,115 small cargo vans to upgrade software that controls certain airbags.

The action follows an investigation that discovered specific vehicle configurations may adversely affect sensors that control side-curtain and/or thorax airbags, causing inadvertent deployment. Chrysler Group is unaware of any related injuries or accidents.

These configurations, designed to accommodate cargo, involve the exclusion of rear-audio and climate-control components adjacent to the sensors. The resulting gaps can generate a resonance, exaggerated by loaded roof racks and rough-road inputs, which may disrupt normal sensor operation.

This condition is resolved by the software upgrade. Availability is imminent.

Affected are an estimated 18,245 model-year 2013-2015 Ram C/V Tradesman vehicles in the U.S. and 3,870 in Canada. Owners, most of whom are fleet customers, will be contacted by Chrysler Group and advised when they may schedule service, the cost of which will be borne by the Company.

The vehicles were assembled with head restraints that may exceed the allowable gap between an occupant's head and the restraint.

Chrysler Group is unaware of any related injuries, accidents or complaints.

Affected are model-year 2014 Ram ProMaster vans. Chrysler Group is expediting acquisition of replacement parts. An estimated 18,951 are in the U.S. and 2,519 are in Canada. Owners are expected to be notified next month and advised when they may schedule service, the cost of which will be borne by the Company. 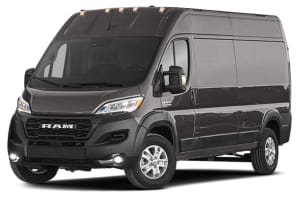 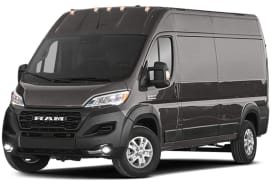 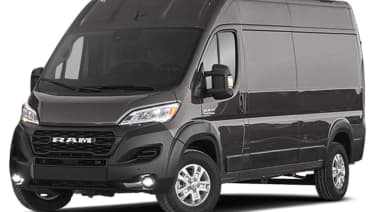 $1,251 - $1,251 Nat'l avg. savings off MSRP
See Local Pricing
I'm not in the market for a vehicle at this time. Please move this suggestion to the side for 30 days.
Huge Savings