Even hardcore Tesla fans can get stranded sometimes

Driving a few laps around the Las Vegas Motor Speedway in a Tesla Model S can be quite a treat. Driving between Los Angeles and Las Vegas? Sometimes, not so much.

The fine folks at Teslarati had the good fortune of taking the all-electric luxury sedan for a few spins around the racetrack near Sin City, and found that the Tesla handled "quite well" and was able to reach a top speed of 110 miles per hour on one of the straightaways. And the car turned in a best time of two minutes and 17 seconds around the 2.4-mile circuit.

Still, the car started limiting its own power as early as its second lap, and by the seventh lap or so, the car brought down its power capacity to about 25 percent in order to conserve juice. The drivers were able to make do because a Tesla Supercharger fast-charging station was 11 miles away and they could get a good charge in about an hour.

Less of a treat was the car's performance between Vegas and Southern California. Despite being big Tesla fans (the driver writes for Teslarati, after all), the unexpected appearance of 35-mile-per-hour headwinds and the totally expected elevation changes between Las Vegas and Barstow, CA proved particularly problematic. The driver slowed down to 40 mph and dropped the Model S' power consumption to something in the 400-500 wh/m range, but still, our intrepid explorers ran out of juice and were stranded beside the road until Tesla kindly arranged for a tow. D'oh! 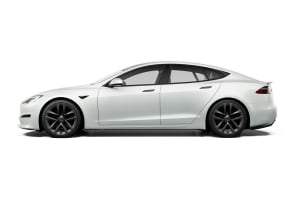 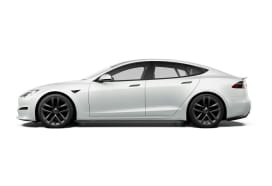 Genesis GV80 Prestige Signature will max out the luxury