Brandon Turkus
Texans, please stay away from water in your sports cars. Now, this latest fiasco isn't quite so dire as the Lone Star State's last attempt at an amphibious sportscar - a waterlogged Bugatti Veyron - although that's largely because the Veyron in that story cost $1.6 million and this submerged Chevrolet Camaro ZL1 only cost about $57,000. Still, it's a sad state of affairs for the supercharged, 580-horsepower rocket.

According to witnesses, the young driver was, naturally, driving too fast and lost control, charging through a wrought-iron fence and into a community swimming pool.

"I was driving right behind him the whole time," the driver's friend, Ashton Brantley, told NBC affiliate KPRC Houston. "He lost control, and I think he took his traction control off. And then he just hit the curb, and then went into the fence, and then he hit the pool."

Thankfully, there was no one in the pool at the time of the crash. As for the ham-fisted John Doe behind the wheel, he managed to swim out through an open window. He may face charges from the police, while his insurance will be responsible for any damages to the swimming pool.

Take a look below for the news report from KPRC Houston. 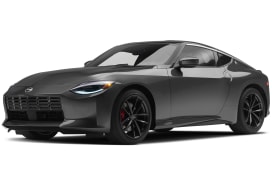