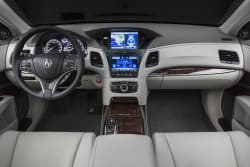 Acura has endured a year of mixed reviews and middling sales for its new RLX flagship. Meanwhile, the Japanese automaker has been readying what may be the very best version of the car for its debut. Now the wait is almost over, as Acura will show its 2014 RLX Sport Hybrid SH-AWD at this year's LA Auto Show.

When it comes to dealerships in the spring of 2014, the RLX Hybrid will be the most powerful production car Acura has ever sold. The combination of a 3.5-liter V6 and three electric motors – a 35-kilowatt motor pushing torque to the front wheels and two 27-kW units feeding the rears – creates a total system output of 377 horsepower.

Those rear-end electric motors do more than just add power, they also drive the rear wheels without a traditional rear drive shaft and differential. This newest iteration of the Super Handling-All Wheel Drive calls upon the two rear motors to both drive and brake the rear wheels, vectoring torque in cornering situations for additional grip. All three electric motors make use of regenerative braking to feed electricity back into the system's 260-volt lithium-ion battery pack.

Acura has tried to make the RLX Hybrid high-tech in every respect, even beyond its rather exotic drivetrain. An electronic gear selector allows push-button access to the seven-speed dual clutch transmission, with Sport and Normal driving modes available. The car also boasts an advanced head-up display that can be configured to show navigation information, speed, compass heading and alerts from driver-assist systems. Other features carry over from the standard RLX, like the two-display, touchscreen console, LED headlights and an ELS audio system with Krell speakers ( which our own Jeff Ross says is just dandy).

Find more information about the 2014 Acura RLX Sport Hybrid in the press release below and look for live images and impressions when the LA Auto Show opens up later this week.

This advanced new hybrid powertrain delivers exhilarating driving performance with incredibly responsive power delivery and precise, sure-footed handling performance like no other vehicle in its class. Supported by the instantaneous torque delivered by its high-output electric motors, the RLX Sport Hybrid runs a 0-60 mph time comparable with competitor's V8-powered machines. This performance, however, is coupled with a 28/32/30mpg (city/highway/combined) EPA fuel economy rating1, which is in the range of 4-cylinder-powered luxury sedans.

The electric SH-AWD system on the RLX Sport Hybrid eliminates the conventional drive shaft and rear differential, replacing them with two high-output 27-kilowatt electric motors. The rear motors dynamically distribute both positive (drive) and negative (regenerative braking) electric-motor torque, depending on driving conditions, and which torque vectoring assists in cornering. The system is further aided by a 35-kilowatt front electric motor that supplements engine torque to the front wheels and provides regenerative brake torque to charge the vehicle's 260-volt lithium-ion battery pack.

In front, the RLX's double-wishbone, lower double-joint front suspension with Amplitude Reactive Dampers significantly improves handling agility, driver confidence and security, and ride sophistication. In back, the RLX's multi-link rear suspension is optimized for a flat ride during cornering, confident turning capability, and a smooth ride in a variety of urban, highway and open road scenarios.

With the expanded range of standard and available technology features built into the RLX, substantial engineering effort was put into making each feature intuitive and easy-to-use. The focal point of the new instrument panel is a large, 8-inch color screen that combines audio/information and navigation functions and provides access to an array of customizable features. An additional 7-inch color On Demand Multi-Use Display™ (ODMD) touchscreen is positioned within easy reach and controls the audio system and many other features.

Audio and Connectivity
Exceptional audio performance has long been an Acura hallmark, and in the RLX Sport Hybrid SH-AWD, two audio systems are offered. The Technology package includes the Acura/ELS Studio® Premium Audio System with an advanced 14-speaker array. In the Advance package, the 14-speaker Krell system - with speakers and amplifiers engineered by Krell, one of the most respected audio companies in world - sets a new benchmark in automotive audio performance. 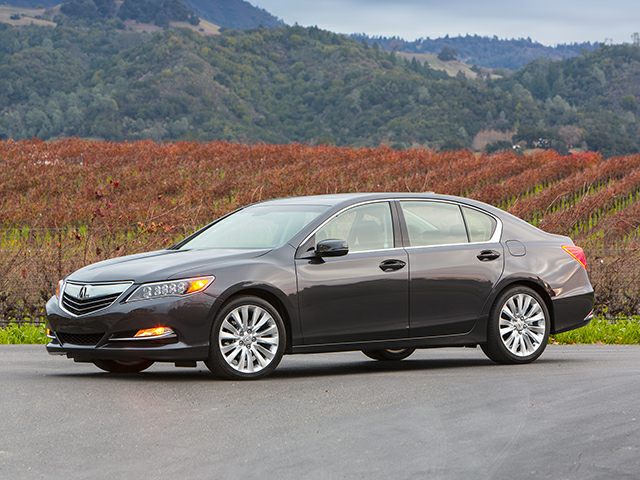