Brandon Turkus
It's looking more and more likely that we'll be seeing a recall of certain sixth-generation Corvettes, as the National Highway Traffic Safety Administration has upgraded its initial investigation to an engineering analysis, the final stage before the Feds can request a full-on recall. The problems, which we first reported on back in May, had to do with headlights that would randomly cut out for some 2005 to 2007 Chevrolet Corvette models. NHTSA has received 95 complaints from owners of random headlight failures, while The Detroit News states that there have also been four reports from owners of 2008 Vettes.

The issue, which affects 103,374 cars, is believed to be caused by a fuse block in the engine bay. Located in a high-heat area, it can short out when exposed to increased temperatures, leading to the headlight failure. It's not entirely clear if the issues extend to the Corvette's Z06 and ZR1 variants.

General Motors is cooperating with NHTSA throughout the investigation, a spokesperson told The News. 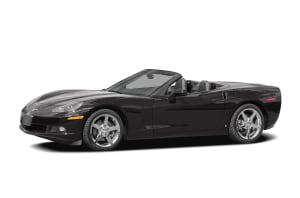