According to a report from Autocar in the UK, the Audi R8 is set to get something of a swan song for its own going-away party in the form of an updated GT model for the 2014 model year. If Autocar is right, this even higher-performance Audi R8 will debut at the upcoming 24 Hours of Le Mans race in France.

The 2014 Audi R8 GT Plus will reportedly get a tuned version of the much-loved 5.2-liter V10 engine that Audi has used to good effect in past R8 models. A six-speed manual or seven-speed dual-clutch automatic would send power to the rear wheels, enabling a 3.4-second 0-62 mile per hour run and a top speed of 199 mph.

Judging from spy shots that we've already seen (reprised above), the new GT Plus will be fitted with an aggressive body kit that includes a massive rear wing, a more prominent front splitter and enlarged side blade ducts. A Spyder version of the GT Plus may be on tap for 2015. Pricing, obviously, is unknown, as is any potential launch date. In other words... stay tuned. 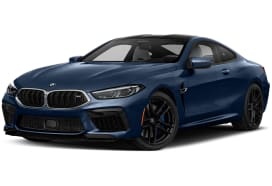