George Kennedy
This should raise the eyebrows of a few Camaro enthusiasts. GM Authority is reporting that General Motors has filed with the "United States Patent and Trademark Office for a trademark of the "Z28" moniker. Oh, do we have your attention?

Many GM performance fans were surprised when Chevrolet did not use the Z28 nameplate for its range-topping, supercharged ZL1 Camaro. There were rumors afoot that Chevrolet may still employ the Z28 name at some point, but some of the air went out of that balloon when an option pack debuted between the SS and the ZL1 wearing the 1LE designation. And potentially furthering this speculation is an April tidbit from Camaro5, where a forum member discovered that his Camaro ZL1 diffuser bracket had the designation "Z28" on it.

Yet while many such filings are to be taken with a grain of salt (often it's just a brand looking to protect a dormant or lapsed trademark), a development like this only stokes the rumormongers' flames.

The ZL1 is, without a doubt, the top of the Camaro performance ladder, so where would a Z28 fit? GM Authority offers some speculation, suggesting that a production Z28 could "even out-muscle the ZL1." Another interesting theory they offer is that the Z28 appellation could replace the Camaro SS designation, as Chevy has the Zeta-based SS sedan range coming in next year, and GM officials could be worried about confusion in the marketplace.

When the first-generation Camaro came out in 1967, Z28 was merely the option code designation for a race-ready package (SS models were option code Z27). It was not mentioned in any literature and many customers did not know about it at first. Since then, the Z/28 has become an iconic name in the world of muscle cars. 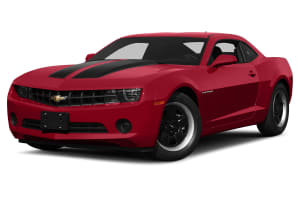