In the not too distant past, large sedans had devolved into largely boring highway cruisers destined for lives consisting of annual trips from New York to South Florida. Thankfully, the industry's latest crop of big four-doors actually brings improved quality and a more enjoyable driving experience to the table. This couldn't be any more evident than the new large sedans that Consumer Reports recently tested and rated. While the Hyundai Genesis remained on top in this category, the updated 2012 Chrysler 300 surged ahead of its other competitors thanks primarily to the car's new transmission. Other sedans tested that were new or improved in 2012 include the Hyundai Azera, Buick LaCrosse eAssist and the 2013 Ford Taurus.

With a rating of 87, the Hyundai Genesis is still the institute's top-rated large sedan, but the new Chrysler 300 V6 with the eight-speed automatic transmission put Chrysler's flagship sedan closer to the Genesis with a rating of 83; the V8-powered 300C has a rating of 82. This higher rating is a result of the new ZF-sourced transmission's smoother shifts and improved fuel economy. A five-speed transmission is still offered in the car, but the new gearbox delivers an extra 4 miles per gallon on the highway (and 2 mpg in the combined rating). The new transmission did take a slight hit from CR due to its oddly "fussy" shifter.

Nipping at the heels of the new 300 V6, the redesigned 2012 Hyundai Azera received a favorable score of 81 due to mainly its improved interior and ride quality. The Buick LaCrosse eAssist mild hybrid comes in next with a rating of 78 to go with its best-in-class observed economy of 26 mpg, while the 2013 Ford Taurus is still at the bottom of the list with a rating of 64 primarily due to CR's dislike of the MyFord Touch infotainment system and the car's cramped cabin.

None of the four new sedans received the coveted CR recommendation since all are either brand-new or significantly updated for 2012.

YONKERS, NY- The Chrysler 300 V6 earned an 83 test score in Consumer Reports ratings, which puts it near the top of its class, below the Hyundai Genesis.

When Consumer Reports tested the V8-powered 300C last year, engineers found it to be a huge improvement over the mediocre original. For 2012, the 300's V6 engine was paired with a smooth-shifting eight-speed automatic transmission, which improved drivability and helped the large sedan get a decent 22 mpg in CR's fuel-economy tests.

Rounding out Consumer Reports' foursome are the redesigned Hyundai Azera, which is more stylish and refined than its predecessor; the Buick LaCrosse equipped with GM's eAssist mild-hybrid system which is quiet, luxurious, and economical; and the freshened Ford Taurus which suffers from a relatively cramped interior, limited visibility, and complex controls.

"The 2011 redesign of the 300 put Chrysler's flagship back on the map in the large sedan category. Though the muscular V8-powered 300C delivers more oomph, most buyers will probably be quite happy with the V6 engine, which contributes to its refined character and helps it score near the top of its category," said David Champion, Sr. Director of Consumer Reports Automotive Test Center.

The full report and road test results on Consumer Reports' latest tests are available on http://www.consumerreports.org on August 22st and in the October issue of Consumer Reports on newsstands September 4th. Updated daily, ConsumerReports.org is the go-to Website for the latest auto reviews, product news, blogs on breaking news and car buying information. Check out CR's ongoing Twitter feed at @CRCars.

None of the four sedans in the test group are recommended. CR doesn't have enough reliability data for the redesigned 300; the Azera and LaCrosse eAssist are too new; and the Taurus scored too low.

The Chrysler 300 is based on the same platform as the Dodge Charger, but the Chrysler scored higher in CR's testing. Handling is sound, and the steering is reasonably quick and appropriately weighted. At CR's test track, the 300 was steady and secure posting a modest speed through CR's avoidance maneuver with no surprises. The cabin is hushed with very little road noise. The interior is nicely trimmed with padded surfaced and well-finished leather and the controls are relatively simple and easy to use.

The redesigned Hyundai Azera is now more competitive among large sedans and like many Hyundais, it provides a lot of features for the money. Handling has improved, but the Azera is still not as agile as some of its competitors. It also suffers from a stiff, unrefined ride, which detracts from the car's luxury intentions. In general, the ride is controlled and compliant, but it's marred by short, frequent motions on the highway that compromise comfort. The interior is spacious and nicely finished.

The Buick LaCrosse equipped with GM's eAssist is a sophisticated modern sedan. The interior is luxurious with high-quality materials. It delivers a steady ride and responsive handling, qualities that haven't usually been associated with the Buick nameplate. Although the LaCrosse's base drivetrain still uses a 2.4-liter four-cylinder engine, for 2012 it's supplemented by GM's eAssist light hybrid system, for a total of 182-hp. That improves acceleration and fuel economy, resulting in a category-leading 26 mpg. But several faults keep the LaCrosse from reaching the top of the class, including a narrow cockpit, a busy dashboard, obscured sight lines and trunk storage that's compromised by the large battery.
Updated for 2013, the Ford Taurus is quiet and rides smoothly. The quiet cabin is largely free from road and wind noise. But the car's interior is cramped for such a large car and it's not easy to see out. Plus most Tauruses come with the cumbersome MyFordTouch control system. That dragged the Taurus's overall test score down to just below CR's threshold for Recommendation and makes the Taurus the lowest-rated model in this category. Agility isn't a strong suit. Body lean is controlled in corners and the steering has decent response, but it's devoid of feedback. The 288-hp V6 can sound harsh when pushed. 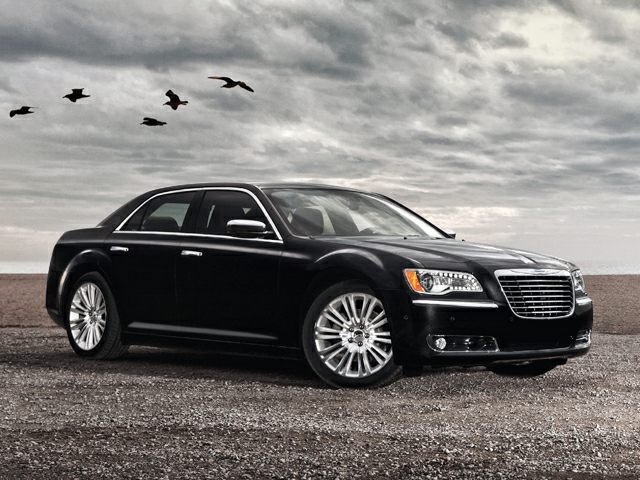