The National Highway Traffic Safety Administration has announced a recall of over 100,000 Suzuki models. The NHTSA recall extends to certain 2004-2006 Suzuki Forenza models and 2005-2006 Reno vehicles, These were vehicles produced from September 2003 through March 2006.

According to the announcement, the recall pertains to potentially faulty headlight assemblies. A poor contact in the headlight terminals can result in the splice pack melting, resulting in partial or complete loss of headlamp functionality.

Suzuki is notifying owners of the Pininfarina-designed sedan and Giugiaro-penned hatch of the problem and instructing dealers to reconnect effected headlight wiring with a pair of a heat-shrink crimps.

Owners are asked to contact Suzuki or NHTSA. The recall of 101,688 units is expected to begin in September. Scroll down to read more in the government agency's official notice.

Summary:
Suzuki is recalling certain model year 2004-2006 Forenza and model year 2005-2006 Reno vehicles manufactured from September 23, 2003, through March 7, 2006. Increased resistance due to poor contact between the terminals of certain wires can generate heat that can melt the splice pack used to connect the power circuit wires for the headlamps. This can result in intermittent or total loss of low/high beam headlamp function.

Consequence:
If the headlamps fail to function, this will lead to reduced driver visibility, increasing the risk of a crash.

Remedy:
Suzuki will notify owners, and Suzuki dealers will reconnect the affected wires with two heat-shrink crimps, free of charge. The safety recall is expected to begin during September 2012. Owners may contact Suzuki at 1-714-996-7040. 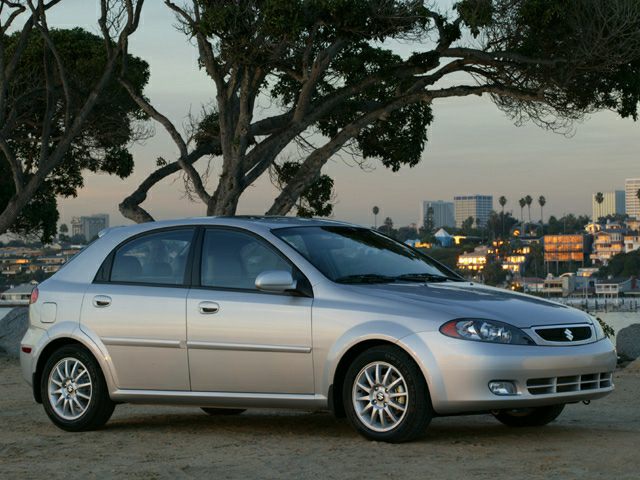