The redesigned 2014 Kia Soul has been snapped testing in the desert and its apparent that there will be plenty of changes both outside and inside. As you can see, the high-riding, abruptly angled profile will remain intact, as the redesign will be more of an evolution of the current hamster-hauler.

Through the heavy cladding, there is evidence of major revisions to the front and rear fascias. The headlights appear to have an LED strip similar to the forthcoming Forte redesign, while taillights have been rethought. The new Soul is said to ride on the same platform that underpins the Kia Rio, while the transmission is reportedly a dual-clutch gearbox sourced from the Hyundai Veloster. Also available will be a six-speed manual transmission.

Inside, the new interior features contrasting stitching, while the steering wheel has a clean layout, likely with voice-control toggles for the latest iteration of Kia's UVO system.

While the Soul has only been out for four years, its popularity in the market has inspired Kia to keep the hatchback continually fresh. We will see the first official shots of the 2014 Soul within the next year. 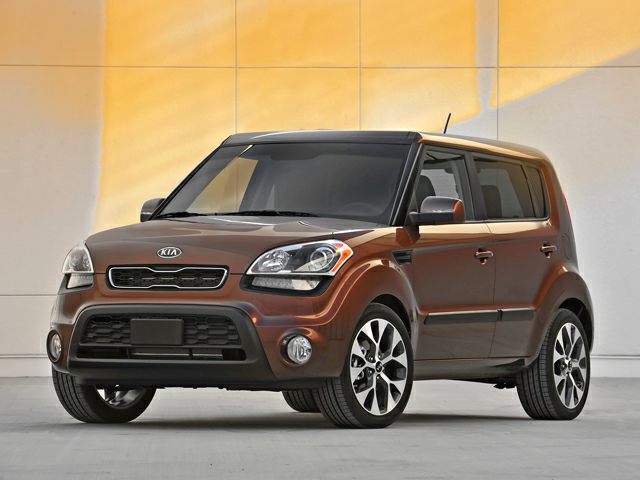